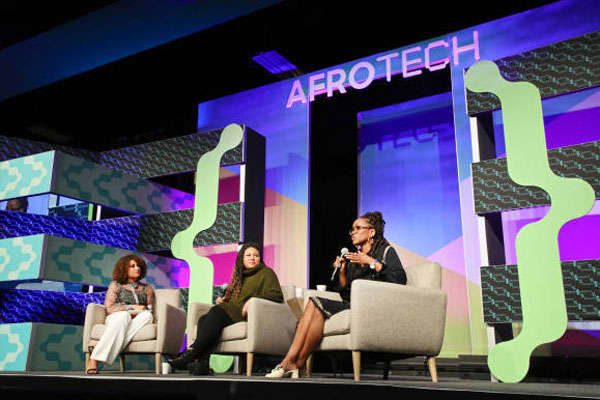 Increasing Black representation on the boards and in the upper echelons of companies such as Apple, Facebook, Alphabet and others is the focus of the AfroTech Executive conference Saturday in Los Angeles.

Blavity is the digital media group behind AfroTech Executive and other platforms and events.

AfroTech Executive is an extension of AfroTech, the nation's largest conference for Black technology professionals.

"AfroTech Executive would be for someone who has 15-plus years of experience," DeBaun said. The event will have panels and working groups fostering higher-level discussions on policy and long-term change in tech and beyond. Reddit CEO Steve Huffman will appear as a speaker. Executives from Salesforce, Microsoft, Stripe and other companies will also attend.

"This event is an awesome opportunity to meet folks that we think hopefully will be interested in joining Reddit as leaders, potentially as executives, potentially as board members," Huffman told CNBC. "Being able to turn to AfroTech for that sort of support I think can be really valuable."

According to Pew Research, Black people are approximately 9% of tech workers in the U.S.

But the latest diversity reports from the nation's biggest tech companies show, for example:

Following the killing of George Floyd by Minneapolis police officer Derek Chauvin in May 2020, many tech companies, including Alphabet, Microsoft, Facebook and Apple, made commitments to donate money to address social inequality and also to increase Black representation in their workforces and leadership ranks.

DeBaun said in the months since those commitments many companies have turned to AfroTech for assistance in diversifying leadership and that AfroTech Executive is designed to make that process easier.

"In the wake of George Floyd and the social justice movement, I turned to our employee resource group 'Black People Reddit' to hear their perspectives and the pain they are feeling," Huffman said. "I think as people, as businesses, as citizens we have to navigate some of these challenging issues together."

"We wanted to create an experience that was smaller, more intimate, for the decision-makers to meet with each other more informally, to be connected with other companies who are like-minded, who really care about these issues and really care about racial equity within the technology space," DeBaun said.

"I think because of George Floyd and the heightened awareness, executives, when they're working with executive recruiters, are making it a requirement that they want to see a number of Black candidates through their resume and recruiting searches," she added.

Ebony and Jet Magazine CEO Michele Ghee, who will also be a speaker at Saturday's event, is leading those legacy Black publications through a transformation into digital-only platforms.

Ghee told CNBC that engaging with other tech leaders to advocate for more Black representation on boards and in the C-suite is an exciting opportunity.

DeBaun said it's a process that will take some time but that she's seeing progress.

"It's a great time to be a Black person in tech," she said. "More people are getting the pay raises that they earned and deserve; more people are getting equity packages than we've ever seen before. There is a heightened sense of responsibility and accountability that is happening behind the scenes with [human resources departments] within these big tech companies."

"Leaders are being held responsible for the environment that they're creating or not creating for their Black employees, so we've come a long way," she added. "There's still a lot of work to do, but I've seen a lot of progress in the last year and a half."