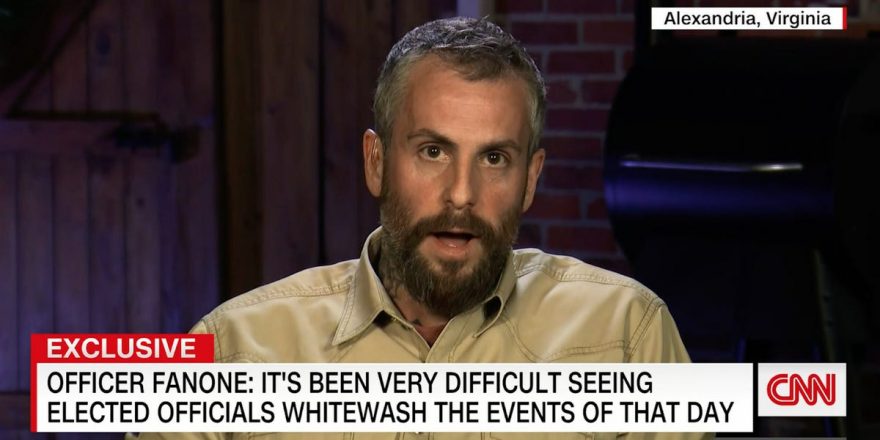 A Washington, DC Metropolitan Police officer who was attacked at the Capitol riot has said he was left with post-traumatic stress disorder and slammed the politicians who “whitewash” the violence.

In an emotional interview to CNN’s Don Lemon on Tuesday, Michael Fanone said: “I experienced the most brutal, savage hand-to-hand combat of my entire life, let alone my policing career, which spans almost two decades.”

“This was nothing I had ever thought would be a part of my law-enforcement career.”

Prosecutors say that Fanone was stun-gunned several times, dragged down the steps, and beaten with a flagpole during the insurrection, and that he suffered a heart attack.

The attack by former President Donald Trump’s supporters forced lawmakers to evacuate while voting to certify Joe Biden’s victory in the 2020 election. Five people, including a Capitol Police officer, died as a result of the riot.

Fanone said that a few weeks after the event, he “started to experience some of the more psychological injuries, PTSD, some of the emotional trauma from what I experienced that day.”

He described himself as a “pretty apolitical” person, but criticized some politicians who had been downplaying what happened: “It’s been very difficult seeing elected officials and other individuals kind of whitewash the events of that day or downplay what happened.”

He said: “Some of the terminology that was used, like ‘hugs and kisses,’ and ‘very fine people,’ is very different from what I experienced and what my coworkers experienced on the 6th.”

Fanone did not name any of lawmakers in his CNN interview, though Trump had falsely claimed last month that some of the people that breached the Capitol were “hugging and kissing the police and the guards, they had great relationships.”

Fanone also appeared to be referencing Trump’s remarks after the 2017 neo-Nazi rally in Charlottesville, Virginia. Trump, who was president at the time, blamed “many sides” for the deadly violence and said there were “very fine people” on “both sides.”

In a January interview with CNN, Fanone gave a simple message to rioters who shielded him from other insurrectionists who were trying to attack him: “Thank you, but f— you for being there.”

He also previously recalled attackers saying “kill him with his own gun.”