A Conservative member of the House of Lords is under investigation for refusing to take part in mandatory anti-sexual harassment training, telling Insider that if he did so it would be an act of “treason” against the Queen.

Lord David James, Baron of Blackheath, 83, is one of four peers remaining under investigation by the House of Lords Commissioner for Standards, Lucy Scott-Moncrieff, for failing to take part in the training programme, introduced to tackle bullying, harassment, and sexual misconduct in Parliament. Peers were given a deadline of completing the training by April 1st of this year.

James, who was made a life peer in 2006, told Insider: “I have not refused. I’ve said that I will only do it if it is proved to me that I am not committing treason by doing so. And that I am not putting Her Majesty in breach of her coronation oath, which I will not under any circumstances do.”

James says that peers take an oath to uphold the Queen’s coronation oath, and believes that the requirement to do the training is a breach of the legislation which the Queen has sworn to maintain. He told Insider that ‘Strode’s Act’ or the Privilege of Parliament Act 1512 put on statute the principle of free speech in the Parliament. 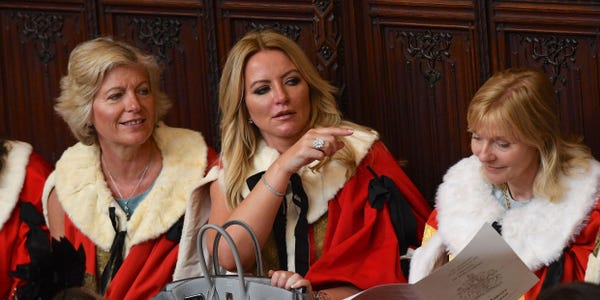 “She made many attempts to book the training before the deadline – she has a full record of this. The team has Baroness Mone’s mobile number but never called her.”

The spokesperson added they too had also not been contacted.