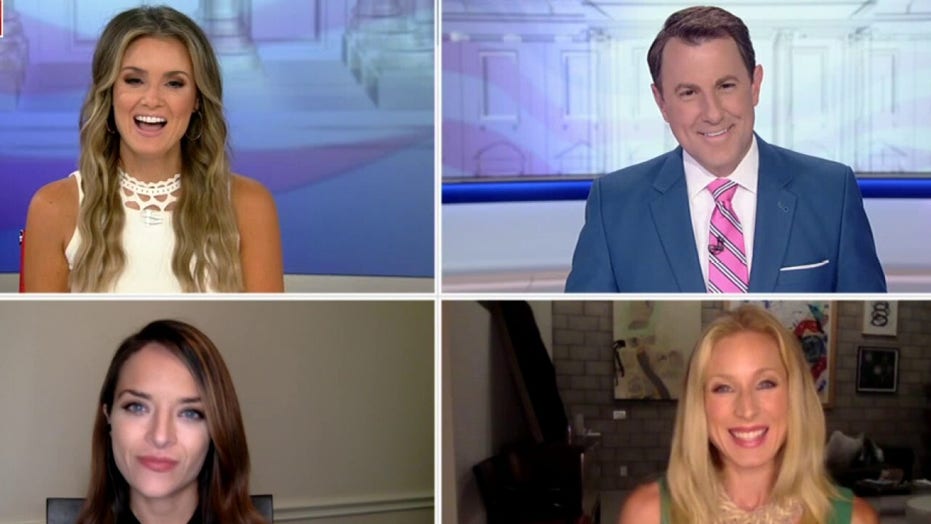 The Republican National Convention opened Monday with a variety of speeches that focused on the promise of America's future, countering what the party saw as a negative outlook put forward during last week's Democratic convention.

A number of speakers praised the accomplishments of President Trump's administration before the coronavirus pandemic struck while pushing back against Democrats and radical policy proposals.

Here are five key moments from the first night of the convention.

Kim Klacik says Democrats "assume that Black people will vote for them, no matter how much they let us down"

Kim Klacik is running for a congressional seat representing Baltimore and says Black Americans like her have been taken for granted by Democrats for too long as her city suffers.

"The Democrats have controlled this part of Baltimore city for over 50 years and they have run this beautiful place right into the ground," she said. "Abandoned buildings, liquor stores on every corner, drug addicts, guns on the street, that’s now the norm in many neighborhoods."

Klacik accused Democrats who run the city of "incompetence and corruption" and said "the same cycle of decay" can be seen in other cities run by Democrats. 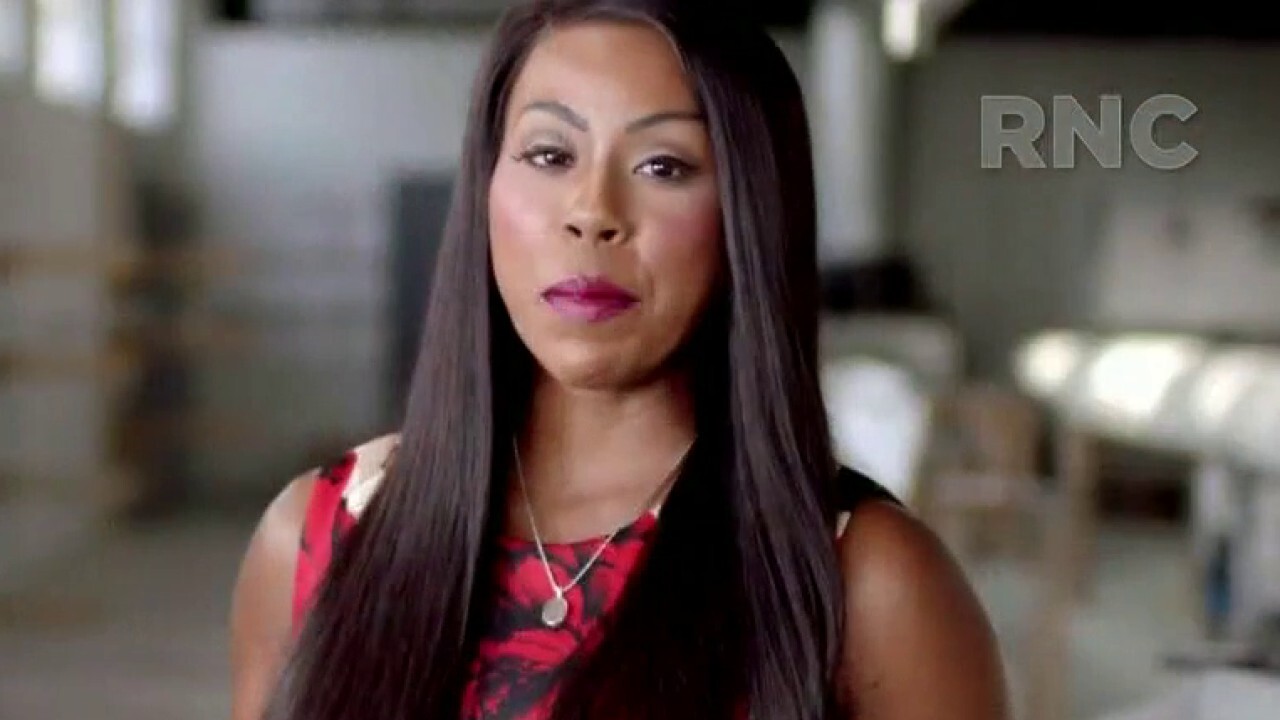 “And yet the Democrats still assume that Black people will vote for them, no matter how much they let us down and take us for granted. We’re sick of it. We’re not going to take it anymore. The days of blindly supporting the Democrats are coming to an end.”

Klacik dinged Democratic presidential nominee Joe Biden for his claim that if you don’t support him over Trump, “you ain’t Black,” asserting that one’s race does not determine their vote.

“Joe Biden believes we can’t think for ourselves, that the color of someone’s skin dictates their political views,” she said. “ We are not buying your lies anymore. You and your party have neglected us for far too long.”

Rep. Jim Jordan, R-Ohio, delivered a brief address in which he rattled off a list of President Trump’s accomplishments while in office, many of which fulfilled promises he made during his 2016 campaign – all, Jordan noted, while facing dogged opposition from his political opponents during the Russia investigation and impeachment.

“They tried the Russia hoax, the Mueller investigation, and the fake impeachment,” Jordan recalled. “But in spite of this unbelievable opposition, this president has done what he said he would do: taxes cut, regulations reduced, economy growing, lowest unemployment in 50 years, out of the Iran deal, embassy in Jerusalem, hostages home from North Korea, a new USMCA agreement, and of course he’s building a wall and rebuilding our economy as we speak.”

Former U.S. Ambassador to the UN Nikki Haley touched on a number of issues during her convention speech but spent much of it discussing how the country took a stronger stance against foreign enemies under Trump than during the Obama administration.

“Now, the U.N. is not for the faint of heart. It's a place where dictators, murderers and thieves denounce America… and then put their hands out and demand that we pay their bills,” Haley said. “Well, President Trump put an end to all that.”

Haley said Democratic nominee Joe Biden and President Barack Obama “refused” to stand up to enemies and made a point-by-point comparison between them and Trump. 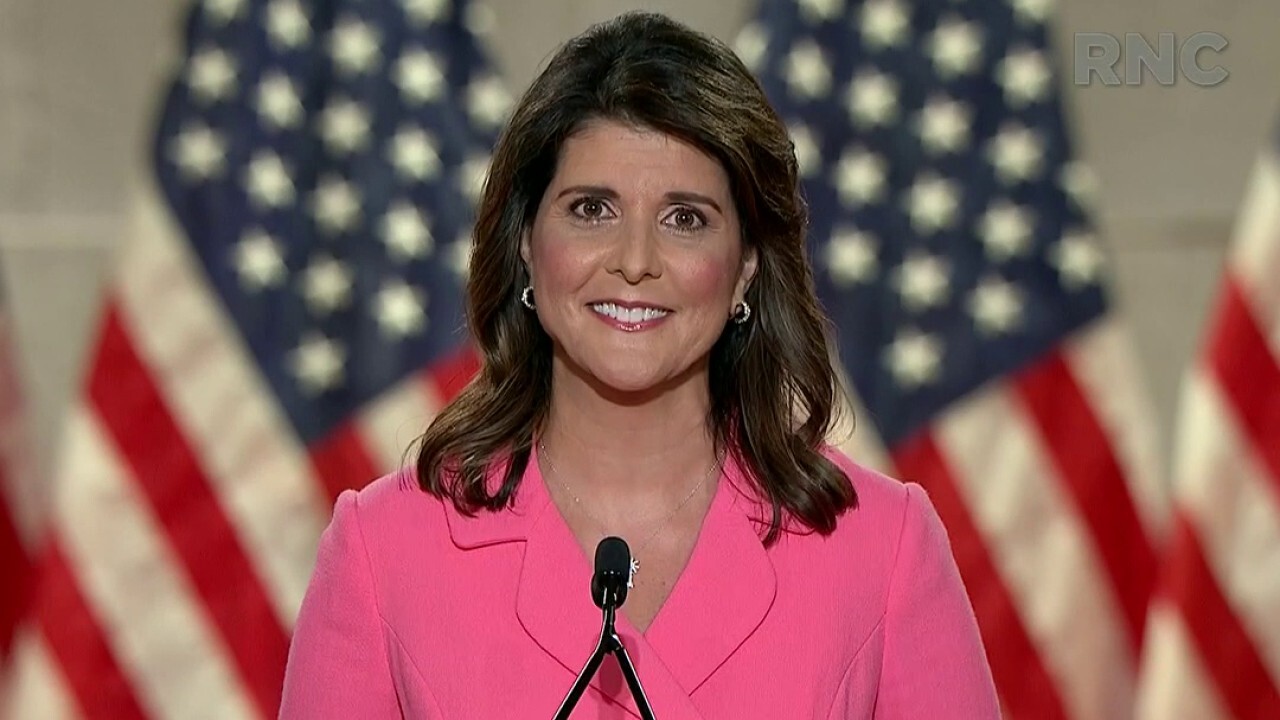 “Obama and Biden let Iran get away with murder and literally sent them a plane full of cash,” she continued. “President Trump did the right thing and ripped up the Iran nuclear deal.”

“Obama and Biden led the United Nations to denounce our friend and ally, Israel,” Haley recalled. “President Trump moved our embassy to Jerusalem — and when the U.N. tried to condemn us, I was proud to cast the American veto.”

Haley went on to claim that Biden would be “good for Iran and ISIS” and “great for Communist China” while Trump is “tough on China, and he took on ISIS and won.”

Haley also touched on the ongoing domestic unrest that has been going on since George Floyd’s death. She said that the American people “know that every single Black life is valuable” and that the country “can do better,” but as the daughter of Indian immigrants, she rejected the idea that the country is inherently racist.

“That is a lie,” she said. “America is not a racist country.”

Florida businessman Maximo Alvarez warned against the “empty promises” of socialism during an impassioned speech during the convention. The founder of Sunshine Gasoline Distributors, Alvarez fled Cuba with his parents at the age of 13 as Fidel Castro and his communist regime took control of the island. He warned that current ideas being put forth by the far left in America remind him of his former home.

Alvarez argued that policies favored by prominent Democrats, such as free health care and calls to defund the police, are “false promises” that “sound familiar” based on his experiences in Cuba.

“I’ve seen movements like this before. I’ve seen ideas like this before. I am here to tell you – we cannot let them take over our country,” Alvarez said. “I heard the promises of Fidel Castro. And I can never forget all those who grew up around me, who looked like me, who suffered and starved and died because they believed those empty promises.”

Sent. Tim Scott, R-S.C., delivered a message of hope Monday night, stating that November’s election was about more than just Trump and Biden but about American’s future and potential.

“It's about the promise of America,” he said. “It's about you and me. Our challenges and heartbreaks, hopes and dreams.”

“We have work to do, but I believe in the goodness of America, the promise that all men and all women are created equal.”

Scott said that under the Trump administration, the country has “made tremendous progress towards that promise,” stating that Trump “built the most inclusive economy ever,” with 7 million new jobs before the coronavirus pandemic hit. Of those, Scott said two-thirds “went to women, African Americans and Hispanics.” 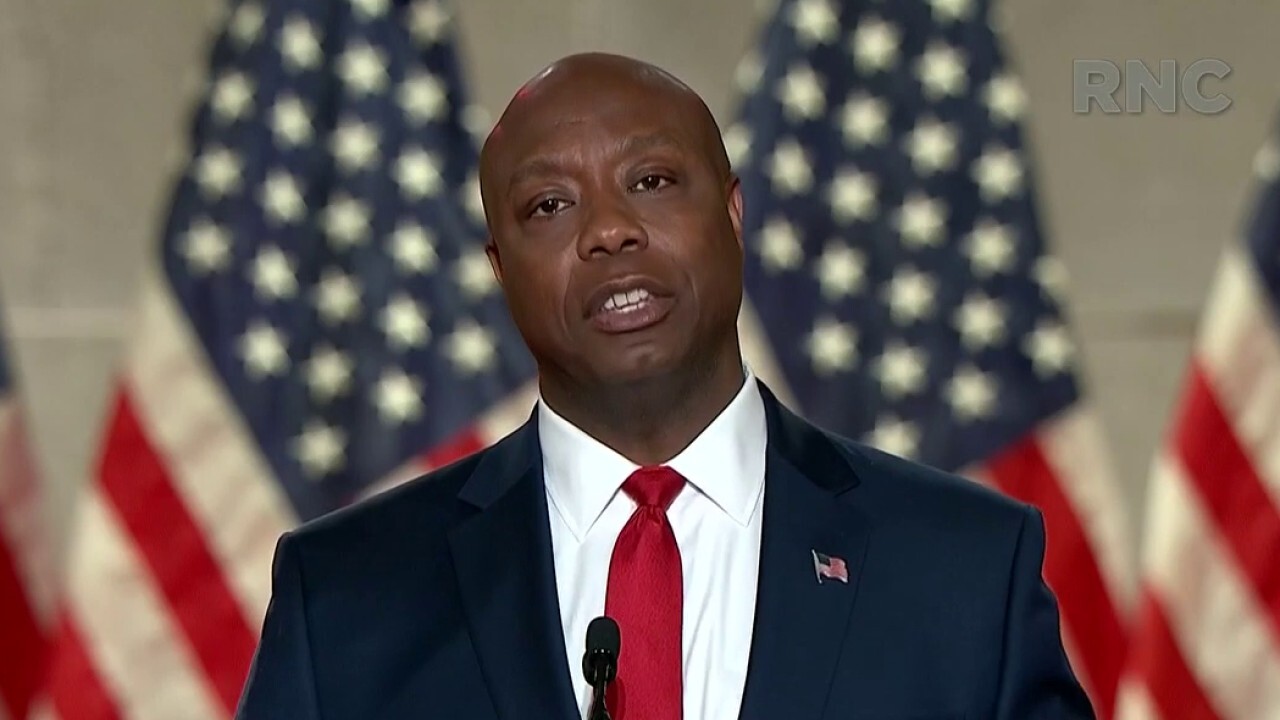 The senator then shifted focus to Biden’s words and actions dealing with race.

The senator then accused Biden and running mate Sen. Kamala Harris, D-Calif., of representing radical leftists who want to see “a cultural revolution” in the U.S. that would “turn our country into a socialist utopia.”

Instead, he claimed, people should “focus on the promise of the American journey.” He recalled how his own grandfather left third grade to pick cotton and could not read or write but “lived to see his grandson become the first African American to be elected to both the United States House and Senate.”

“There are millions of families like mine across this nation full of potential seeking to live the American Dream,” Scott said, claiming that Republicans will give them the best chance to achieve that dream.