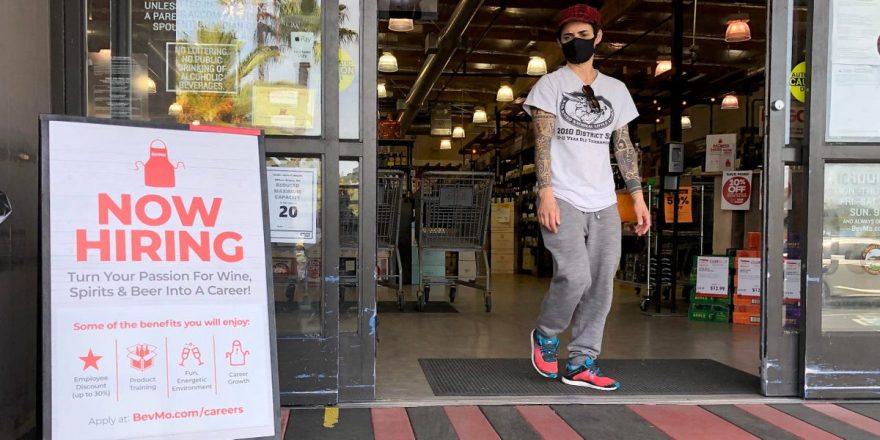 The coronavirus outbreak in the US appears to be abating, with the government ramping up its vaccine capability, rolling back mask-wearing mandates, and lifting restrictions.

But while the country is poised to return to normal, some Americans are not ready to return to the workforce.

The US economy has made dramatic gains since its peak pandemic unemployment rate of 14.8% last spring. But the current figure — 6.1% — remains well above pre-pandemic levels and hiring unexpectedly weakened last month.

Alarmed by the slump, several states have blamed federal unemployment aid, alleging that the supplemental cash has discouraged people from looking for a job and sparked a worker shortage. Sixteen Republican governors recently announced plans to stop the weekly $300 jobless checks approved under President Joe Biden’s $1.9 trillion coronavirus stimulus package in an effort to force unemployed people back into work.

However, labor experts worry that states may be jumping to conclusions. There are several reasons, they say, that may be disincentivizing job-seekers and creating a deceleration in the labor market, and cutting benefits may not be useful.

“It’s hard to read too much into this,” Ioana Marinescu, an economics professor at the University of Pennsylvania, told Insider. “There are many factors that make it hard to climb quickly in terms of employment. And some of those factors have nothing to do with unemployment insurance.”

Employers added 266,000 jobs in April, far fewer than the 1 million jobs increase that economists had estimated for the month.

The disappointing number released by the Bureau of Labor Statistics last week immediately led groups, such as the US Chamber of Commerce, to push for an end to pandemic-related federal unemployment assistance. Jobs are not being filled because people are making more money on unemployment than they would at work, they argued. 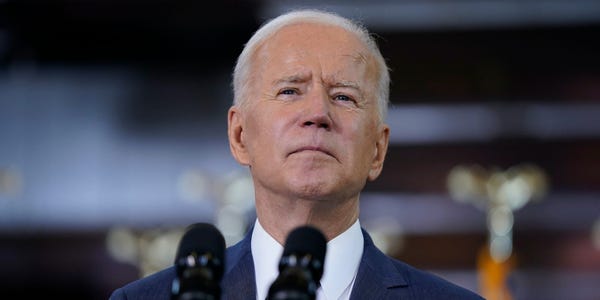 Similarly, congressional Republicans, none of whom voted in favor of Biden’s American Rescue Plan, were quick to revive criticism of the stimulus funds.

“I never said — and no serious analyst ever suggested — that climbing out of the deep, deep hole our economy was in would be simple, easy, immediate, or perfectly steady,” Biden said in a Monday speech. “Some months will exceed expectations; others will fall short.”

Despite Biden’s call for calm, over a dozen Republican governors have decided to pull the rug out from under the unemployed. The 16 states set to end federal jobless benefits before their expiration in September are Alabama, Arizona, Arkansas, Georgia, Idaho, Iowa, Mississippi, Missouri, Montana, North Dakota, Ohio, South Carolina, South Dakota, Tennessee, Utah, and Wyoming.

“It’s time to get back to work,” Idaho Gov. Brad Little said in a Tuesday statement. “My decision is based on a fundamental conservative principle — we do not want people on unemployment. We want people working.”

The move will affect over 1.9 million Americans, who can expect to see their checks reduced as early as next month, according to a Washington Post analysis published Thursday. Some may continue to receive jobless benefits through the state. But most people enrolled in federal assistance programs, many of whom are self-employed or are gig workers for companies like Uber, could possibly have all their unemployment insurance wiped out, per The Post.

Also, people of color will likely be hit hardest by the cuts, according to a report by The Century Foundation, a progressive think tank. Data shows that a majority of people on unemployment in states planning to end benefits, such as South Carolina, Alabama, and Mississippi, are Black. 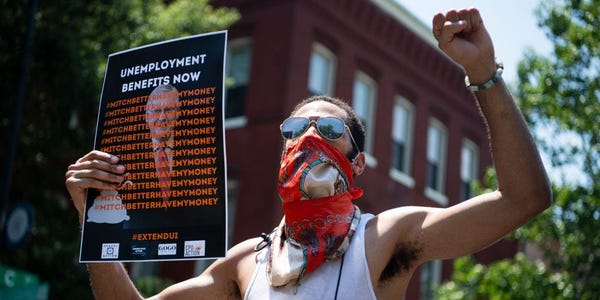 ‘Money that comes from unemployment benefits acts as a stimulus’

Economists point to a lack of evidence to support the claim that unemployment benefits are deterring job seekers.

“I don’t know if you could make that case. I think it’s more nuanced than that,” Charles S. Gascon, a regional economist for the Federal Reserve Bank of St. Louis, told Insider. It’s not realistic or accurate to say that “across the board every single person that’s receiving unemployment insurance benefits is finding this as a disincentive,” he added.

Recent studies have found that federal jobless aid has not had a significant impact on employment levels since the start of the pandemic.

Marinescu, an author of one such study, told Insider that other factors, such as fear of infection from coronavirus, lack of access to childcare, and eldercare responsibilities are also keeping people out of the workforce.

“The unemployment benefits play a role, but it’s probably not the biggest role in terms of explaining the slowdown,” Marinescu said.

Only three states — Montana, Ohio and South Dakota — among the 16 planning to end benefits have seen their unemployment rates return to pre-pandemic levels.

Officials in these states may think it’s safe to cut federal unemployment benefits, but experts say the move is risky. People who remain unemployed will end up losing additional cash, which has helped boost consumer spending and household incomes during the pandemic.

“We have to remind ourselves that the money that comes from unemployment benefits acts as a stimulus,” Marinescu said. “It’s plausible that right now, it’s still good to have the benefits overall, nationally.” 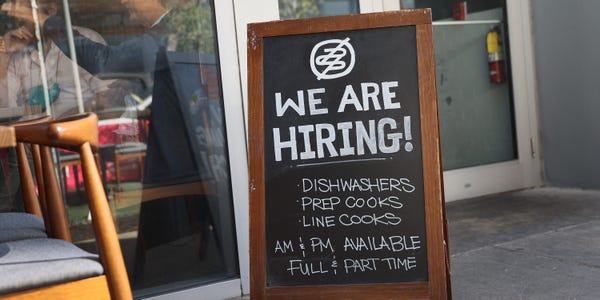 The US economy has seen a rapid increase in job vacancies as the country begins reopening so it’s “not that surprising” that businesses are struggling to fill jobs, Gascon said, because they are competing with other companies also trying to fill vacancies.

Ultimately, the country’s economic recovery has been rocky, leaving the unemployed in a precarious position. For some, getting a job means taking on additional challenges, like finding childcare, experts say. Research shows that the pandemic has forced millions of working parents, especially mothers, out of a job due to the pressures of school closures and virtual learning.

“There’s still a lot of people that have fear and risk as to what the economy’s going to look like over the next year,” Gascon said, noting that such concerns may be hindering people from reentering the workforce. “It’s going to take some time and there’s going to be churn that happens in the labor market.”

“Just looking over the last year, things are very unpredictable still. It seems like we’re moving in the right direction and the momentum is there,” he added. “We are finding ourselves in just a different economy than pre-pandemic.”