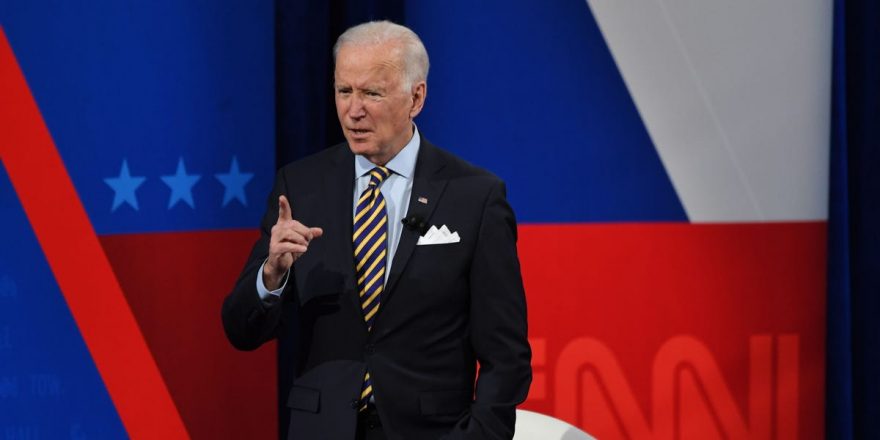 Good morning! Welcome back to 10 Things in Politics. I’m Brent Griffiths. Sign up here to get this newsletter in your inbox each day.

Send your tips and thoughts to [email protected] or tweet me @BrentGriffiths.

Here’s what you need to know:

1. BIDEN GOES BIG AWAY FROM HOME: President Joe Biden isn’t reducing his $1.9 trillion relief plan. Pitching his proposal during a prime-time town hall, Biden argued that now is not the time to be timid.

“Now is the time we should be spending. Now is the time to go big,” the president told Wisconsinites in his first major trip outside of DC. Biden said that a smaller stimulus during the Great Recession complicated the recovery then.

Republicans aren’t so sure. Right now, the counteroffer from a group of GOP senators stands at $618 billion. Many Republicans simply reject the argument that now is the time for massive spending.

Democrats are still ready to ram this through. House Majority Leader Steny Hoyer said a full vote on the proposal could come next week.

2. An upcoming event shows the GOP’s civil war is just beginning: The first big post-election Republican event has a very MAGA feel. Donald Trump Jr. and lawmakers who endorsed the debunked theory that Trump won the presidential election are set to speak at CPAC.

MAP: See where millions of Americans were left without power. 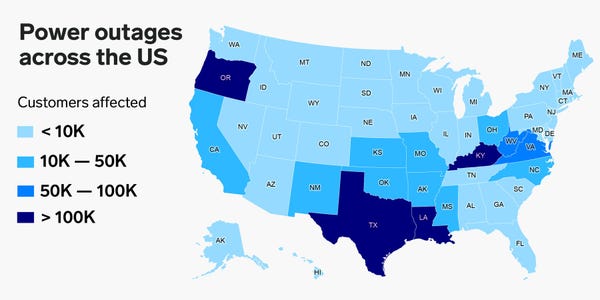 3. Nearly 4 million Americans were without power amid bitterly cold temperatures: Some Texans are being told that they should not expect power to return even into Wednesday. At least 10 people have died in the state as the Texas Tribune reports some residents are living out of their cars or burning personal belongings to stay warm. 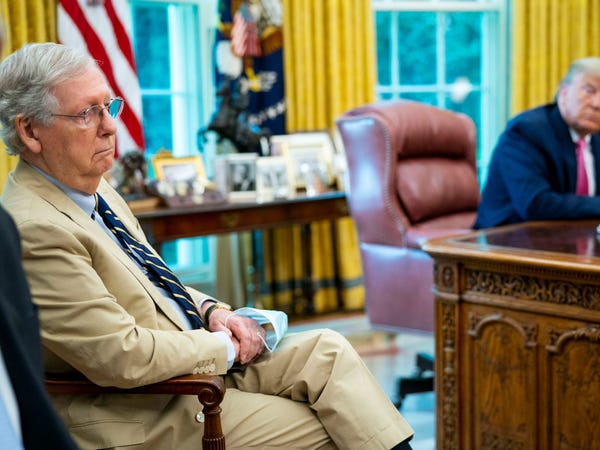 4. Trump rips into McConnell: “A dour, sullen, unsmiling political hack” — that’s what the former president called the Senate’s top Republican in his longest statement since leaving office. The blistering statement could have reportedly been even more personal as Trump decided not to include a jab about “multiple chins.”

5. Biden firmly rejected $50,000 in student debt forgiveness: The president reiterated his support for forgiving $10,000 in student loans, but soundly rejected a proposal put forth by Senate Majority Leader Chuck Schumer, Rep. Alexandria Ocasio-Cortez, and others saying he could unilaterally wipe out $50,000 in debt for every American.

6. The top things for your calendar, all times Eastern:

7. Two Republican senators want to increase the minimum wage: Mitt Romney of Utah and Tom Cotton of Arkansas say they will introduce a bill that will “gradually increase” the federal standard that has been $7.25 since 2009. They did not reveal a number, but vowed their proposal would come “without costing jobs,” and would require employers to verify the immigration status of their workers.

8. May 1 deadline looms over potential Afghanistan withdrawal: Biden will soon face a decision over the future of America’s longest war. Per The New York Times, Biden has yet to make up his mind on the remaining 2,500 American troops, which per a Trump-era agreement must all be withdrawn by that date.

9. A judge dismissed charges against Amy Cooper: A Manhattan judge dismissed charges against Cooper after she completed a racial bias therapy program following her viral incident last year when she falsely reported Christian Cooper, who is Black, to police. For his part, Cooper told CNN that the focus should be on larger issues like D.C. statehood.

10. Not your average Schitt’s hole: The megamansion the Rose family called home during the pilot of “Schitt’s Creek” is very real and boasts 12 bedrooms and 16 bathrooms. It can be yours for nearly $12 million.

Today’s trivia question: Today’s question comes from Jeff Anderson. Which president unveiled new uniforms for White House guards only to spark wide ridicule that compared the outfits to movie ushers and the garb worn in a “banana republic”? Email your response and a suggested question to me at [email protected]