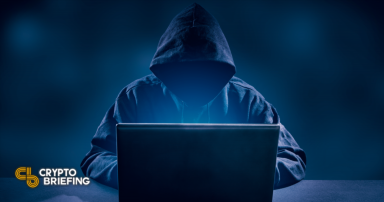 The United States Secret Service and Office of the U.S. Attorney have issued a call for victims of 2017 EtherDelta’s 2017 hack to come forward and fill out a questionnaire.

The U.S. government has asked victims of a 2017 hack on the EtherDelta exchange to provide details of the incident in a questionnaire.

EtherDelta was one of the first Ethereum-built decentralized exchanges (DEXs) that enabled non-custodial trading of ERC-20 tokens. It surged in popularity during the ICO boom, allowing swapping of tokens to users who could retain private keys.

In Nov. 2018, EtherDelta founder Zachary Coburn was charged by the SEC for running an unregulated security exchange. However, the DEX’s popularity suffered its biggest hit after a hack worth $1.4 million in Dec. 2017.

The hacker, allegedly identified by investigators as Anthony Tyler Nashatka, gained access to the platform’s domain name settings and proxied the traffic to a phishing site to steal its users’ private keys.

According to an official public notice from the U.S. Attorney’s Office published Thursday, the alleged hacker launched a series of phishing attacks leading to losses of funds worth $1.4 million in various cryptocurrencies. First, Nashatka and his co-conspirators stole $600,000 from hundreds of victims between Dec. 19 and Dec. 21, 2017, the statement says.  Then, it continues, he stole an additional $800,000 from a single user on Dec. 26, 2017.

In 2019, the U.S. government indicted Nashatka in connection with defrauding EtherDelta users. Now, law enforcement agencies want to know the identities of victims involved in the attack between Dec. 19 and Dec. 21, 2017. According to the notice, the indictment merely alleges the crimes and criminal penalties are yet to be determined. Therefore, testimonies from the victims may be used to prosecute the hacker, who can get maximum sentence of 47 years in prison.

Victims have been asked to fill out a questionnaire and email the U.S. Secret Service’s office to provide information. Responders may also be contacted to provide additional information. However, no details about reimbursement to victims were specified.