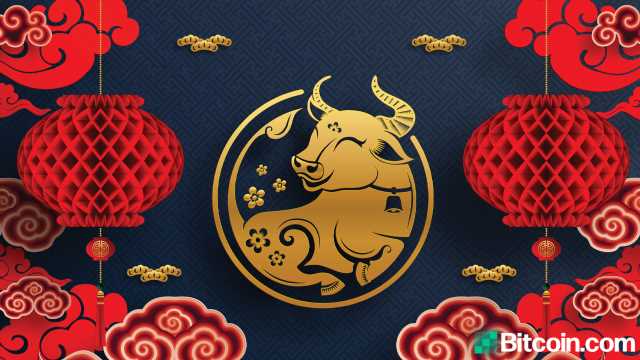 The price of bitcoin soared to new heights after Tesla informed the public that it added $1.5 billion to the company’s balance sheet. Bitcoin touched an all-time high (ATH) reaching $48,216 per unit and has retreated in value a hair since then. While crypto enthusiasts are bullish, a few supporters and analysts believe the crypto asset might be overbought, and bitcoin prices may see a drop as we cross over into the Chinese New Year.

Bitcoin (BTC) has seen significant gains during the last 24 hours as the cryptocurrency touched an ATH at $48,216 per coin. During the last hour, the crypto asset is exchanging hands for prices between $46,500 to $47,100 per unit with $39 billion in global trade volume. Polkadot (DOT) is trading for $22.99 per coin and has displaced cardano (ADA) after the two currencies have been battling for the fourth largest market cap. Cardano (ADA) is swapping for $0.68 at the time of publication with $21 billion worth of volume. The cryptocurrency analyst Simon Peters explained on Tuesday that people should expect a giant shift into the crypto economy following Tesla’s recent purchase. “Yesterday’s move by Tesla to invest in bitcoin and start accepting it as payment for its own products really moved the needle,” Peters said.

“Already there is talk of copycat moves from Apple and Google, linking it to their own payment systems. The shift to digital consumption is growing. We expect to see others follow in Tesla’s footsteps, with bitcoin payments increasingly making sense for businesses that conduct nearly all their sales online,” the Etoro analyst added.

On Twitter, analysts and crypto supporters are questioning whether or not bitcoin (BTC) is overheating at this point. Linas Beliūnas asked his Twitter followers: “Is bitcoin severely overbought? These indicators suggest it is,” he added. Beliūnas shared an image stemming from the data site Marketmilk that shows a number of technical indicators.

Tradingveiw’s network summary of technicals, however, is different as the summary says BTC is a “buy,” moving averages point to a “strong buy,” and oscillators are reading “neutral.”

Some crypto enthusiasts think there’s a great possibility of a Chinese New Year dip ahead for bitcoin (BTC) as value drops have traditionally been consistent during every Chinese New Year transition. On February 5, 2021, the cryptocurrency supporter Tyler Reynolds told his 17,000 followers that a correction may happen soon.

“If I had to guess, defi just broke it’s parabola and we’ll drop at least 40% from these levels,” Reynolds tweeted. “ETH and BTC won’t drop 40%. If it did break (still unclear), I would expect a fairly sharp pick up (

“I have my guns loaded to buy this upcoming dip which I also believe is overdue,” Coingecko founder Bobby Ong wrote to his Twitter followers this week. “Chinese New Year dip, I’m all ready for you. Buy orders at 30% from ATH peak has been set. Let’s see if a correction comes this weekend.”

Last year’s Chinese New Year was the “Year of the Rat,” and this year is the “Year of the Ox” or Metal Bull. However, just because this pattern has been consistent over the last few years it may not come to fruition. For instance, traditionally during the end of the year in the U.S., there’s a lot of sell-off before January 1 because of tax implications. Instead, cryptocurrencies like BTC and ETH touched new all-time price highs and continued to jump forward into 2021.