Bitcoin markets have remained bullish after a significant break through resistance and three year high point. The price kept rising throughout the first day of the year after rising above 1000$ levels, with trading volumes remaining relatively high. 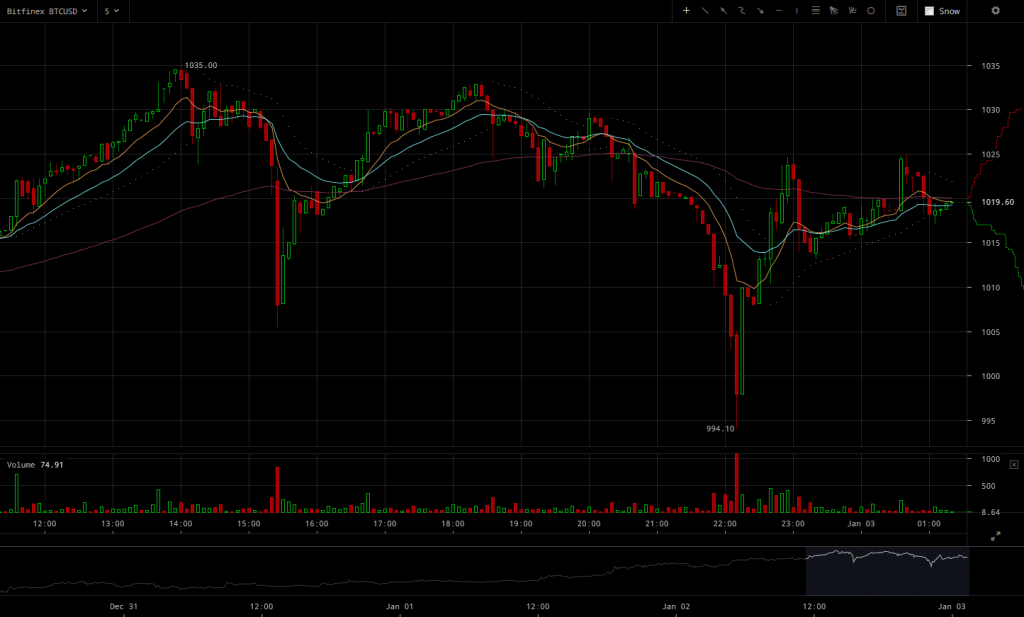 Bitfinex BTC/USD makes it apparent that post-rally volatility has surely started settling in. While trader’s aren’t necessarily losing confidence in the rally, provided that recoveries from downward spikes were swift, some traders are surely cashing out; perhaps thinking that this might be a peak point. 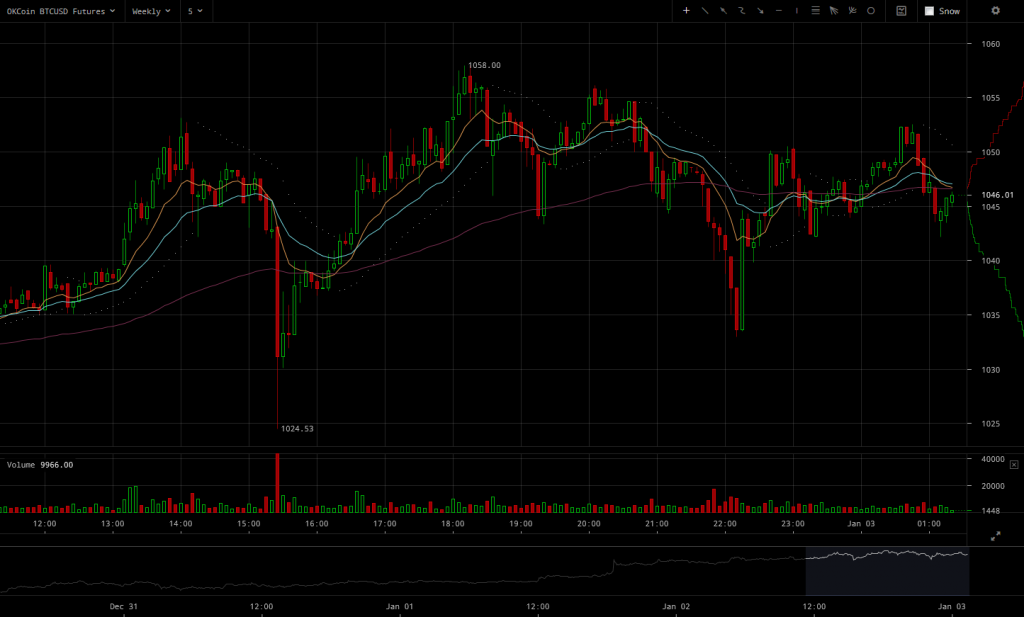 Overall, it’s important to note that volatility is sure to be expected after such a significant break through resistance. The price might have briefly fallen below the recently achieved level of $1000 but this doesn’t imply an end to the long term uptrend. Especially since the market