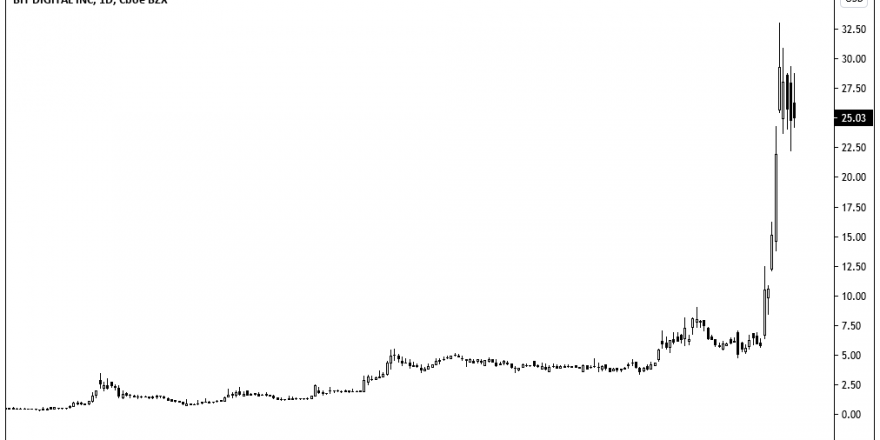 Bitcoin mining firm Bit Digital (BTBT) now has a market value above $1 billion, up from $6.2 million a year ago.