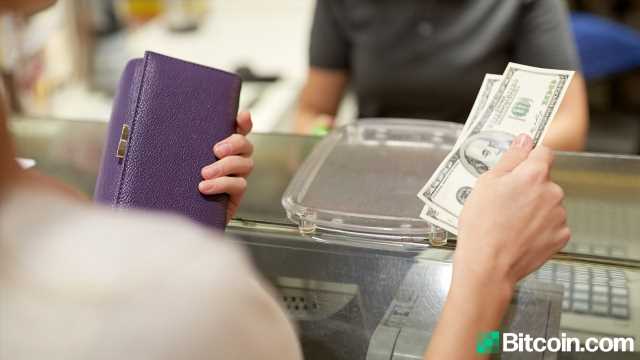 Members of the U.S. Federal Reserve and fellow bureaucrats have said that they are not worried about inflation levels and some officials have even encouraged a general increase in prices for goods and services. Despite the alleged statistics that say U.S. inflation is only 2% to 2.24%, reports show that Fed’s liquidity expansion has accelerated inflation, and prices on goods and services in the U.S. have swelled a great deal.

There’s a reason why precious metals like gold, silver, and cryptocurrency assets like bitcoin (BTC) are considered an escape from monetary inflation. All three of these forms of money and their monetary bases cannot be expanded as fiat currencies can, and statistics show that the U.S. money supply is now 24% higher than it was before the pandemic-related stimulus packages.

Now the Federal Reserve’s own books, numerous status quo economists, and mainstream media publications claim inflation in the U.S. at most a mere 2% to 2.24%. Moreover, U.S. politicians and central bank members are planning to flush another few trillion dollars into the economy with claims of rebuilding American infrastructure. That stimulus ($3 trillion), if passed, would add an additional 12.2% of growth to the U.S. money supply.

Still to this very day, even though 77% of Americans are frightened of a loss in purchasing power, the Fed and bureaucrats show no worries about inflation. However, statistics from shadowstats.com and equipmentradar.com indicate that inflation is much higher than the 2% inflation rate that is touted regularly.

“By seeking inflation that averages 2 percent over time, the FOMC will help to ensure longer-run inflation expectations remain well-anchored at 2 percent,” the Federal Reserve insists in its frequently asked questions (FAQ) section.

But the recent prices everyone is seeing for goods and services does not match the ostensible 2% decree the Fed holds so dear. “February inflation spiked on top of plunging economic activity,” researchers from shadowstats.com reveal. “March is not off to a booming economic start,” the April 2nd to 5th inflation update added.

“February real new orders for durable goods declined 3.2 (-3.2%) in the month, by -0.6% year-to-year,” the shadowstats.com April update notes. “[The] Cass Freight Index declined -3.2% in the month and slowed year-to-year, with the two-year stacked change down by -3.7%. New home sales plunged -18.2% in the month, while existing-home sales dropped by -6.6%. Building permits and housing starts both saw statistically meaningful monthly crashes in excess of -10.0%.” In addition to the latest report from shadowstats.com, another report published by equipmentradar.com called “Set Your Focus On $8-10 / bu Corn Between 2021-2023” also indicates that the prices of goods have surged.

It’s quite obvious that U.S. citizens are not being told the truth about the expanding money supply, where it is all going, and the real inflation rate. Residents of the U.S. who are forced to use USD for legal tender have seen the massive monetary expansion happen right before their eyes.

Even with direct stimulus checks, the population in the U.S. is also aware that most of the stimulus funds have been dispersed to special interests like corporations, military goods dealers, and U.S. banks. The fact of the matter is the lowered purchasing power is real and people can see their fiat money doing a lot less these days as far as buying goods and services is concerned.