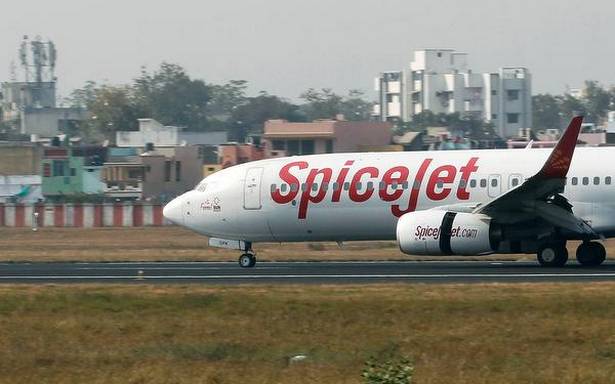 Sources said the employees who went on strike discussed with the management their issues such as reduced salary and its irregular disbursement.

A section of employees of SpiceJet went on strike at the Delhi airport Friday morning over issues related to reduced salaries and their irregular disbursement, sources said.

The employees, most of whom work at the carrier’s security department, later returned to work following talks with the airline management, they said.

When asked about the matter, a SpiceJet spokesperson earlier clarified that the carrier’s flight operations at the Delhi airport are functioning normally.

"A section of employees working at the Delhi airport and having some issues met senior officials and the matter is being resolved," he said.

Later during the day, the spokesperson said the issue with the section of SpiceJet employees at the Delhi airport has been resolved and the employees have returned to work.

Sources said the employees who went on strike discussed with the management their issues such as reduced salary and its irregular disbursement.

SpiceJet has been paying reduced salaries to a significant number of employees since 2020 as its finances have been hit due to COVID-19 pandemic-related travel restrictions. Other airlines in India have also cut the staff salaries since last year for the same reason.

Budget carrier SpiceJet had last month reported a net loss of ₹729 crore for the quarter ending June as its flight operations were affected due to the second wave of the pandemic. It had posted a net loss of ₹593 crore in the corresponding period of the previous financial year.