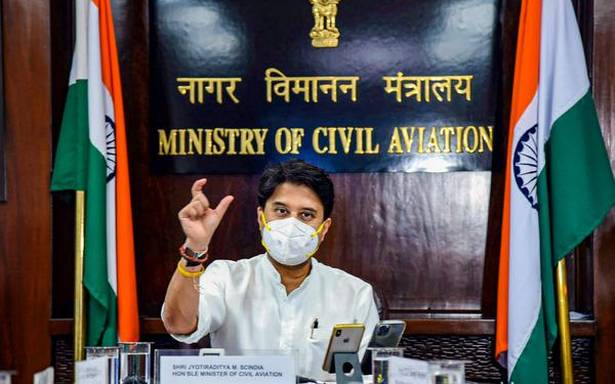 “I feel honoured to have inaugurated the direct flight between the capital cities of Odisha and Rajasthan… This will boost tourism potential and ensure exchange of culture,” the civil aviation minister said.

IndiGo Airlines will be operating flights between Bhubaneswar and Jaipur thrice a week – Tuesday, Thursday and Saturday.

“I feel honoured to have inaugurated the direct flight between the capital cities of Odisha and Rajasthan… This will boost tourism potential and ensure exchange of culture,” the civil aviation minister said.

Scindia also said that efforts are underway to enhance the passenger handling capacity at Biju Patnaik International Airport in Bhubaneswar from 25 lakh to 35 lakh with an investment of Rs 200 crore.

Railways Minister Ashwini Vaishnaw, on the occasion, said that tourists in Rajasthan will also get an opportunity to visit Odisha.

“The direct flight will boost the tourism prospects of both the states,” he mentioned.

Union Minister of Education Dharmendra Pradhan on September 17 had written to Scindia seeking his intervention for the commencement of flight services between the two cities.

“I thank Scindia Ji and all staff of his ministry for making this (direct flight services) happen. I also thank the authorities of Indigo,” Pradhan said.

Bhubaneswar MP Aparajita Sarangi, who was at the airport during the inauguration, said that she has further urged the civil aviation minister to provide direct flight services from Bhubaneswar to Jammu, Shirdi and Guwahati.

IndiGo’s Chief Strategy and Revenue Officer Sanjay Kumar, on his part, said that the new domestic flight will strengthen regional connectivity and promote trade, commerce, as well as tourism.

“We are pleased to initiate direct connectivity between the temple city of Bhubaneswar and the pink city of Jaipur. We are committed to providing an affordable, on-time, safe and hassle-free travel experience,” he added.