Rethinking plastic as a commodity, keeping it in a closed economy and out of landfills for long, is the best way to unclog the world’s oceans.

That’s the belief of Andrew “Twiggy” Forrest’s Minderoo Foundation in Australia, which has pledged US$300 million as incentives for a new global industry-focused initiative to end plastic waste by charging more for virgin plastic created from fossil fuels, he announced Wednesday.

With interest from giant plastic users such as Coca-Cola and Unilever, the goal now is to bring the fossil fuel industry on board.

The initiative, called “Sea The Future,” is projected to raise in excess of US$20 billion annually for global recycling, collection and environmental remediation through a voluntary contribution payable on plastics produced from fossil fuels, in other words, “new” plastic, explains the founder and former chairman of Fortescue Metals. The voluntary contribution is not payable on recycled plastics, immediately making it a cheaper alternative feedstock.

Forrest notes there are “a manageable” 100 or so major plastic producers using resin from oil and gas companies. And he says he’s contacted them in the early days of the rollout, although potential participants were not yet named.

The funds, collected at the resin-production level, will be reinvested into projects that accelerate the industry’s transition toward a circular plastics economy as well as environmental remediation efforts.

The voluntary contribution for fossil fuel-based plastics would start at US$200 per metric ton, up to about $5,000 per metric ton for those plastics most difficult to recycle. As “bad” plastic that can be recycled becomes just as desirable, demand dominoes through the value chain and turns plastic waste into a cashable commodity, driving collection efforts.

“The technology [to recreate polymer resin from existing plastic] already exists and it’s scalable, it’s just about reassigning value,” he said in an interview. “It’s no different than copper.”

And yes, consumers presumably would shoulder some of the cost, but also keep plastic in the closed system. But, added Forrest, in the interview, it’s about changing consumer minds to think of plastic as a commodity as well: “If you make a bag or a bottle half a cent or a cent more, it’ll make you think about alternative carriers and recycle. Again, thinking commodity, not waste.”

The initiative will also, Forrest believes, help alleviate poverty through job opportunities at landfills and recycling centers, particularly in South East Asia where the waste problem is at its worst. 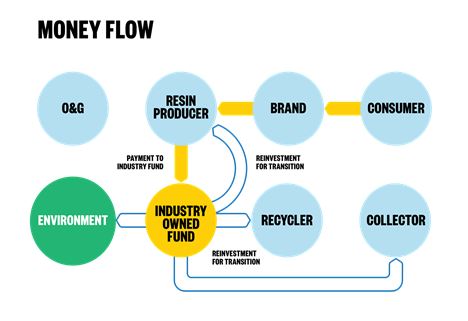 “Industry, fully supported by governments and regulators, is the only sector that can drive the urgent, global shift needed to save our oceans from plastic waste,” said Forrest, who with his wife Nicola Forrest, established Minderoo in 2001. “We have less than five years to make this happen.”

Most of the 350 million-plus metric tons of plastic produced every year enter the world’s terrestrial and marine environments. And best estimates suggest that plastic costs humanity over US$2.2 trillion a year in environmental and social damage, an academic paper in the journal Frontiers in Marine Science says. Forrest, a candidate for a PhD in marine ecology, is one of the contributors.

Forrest’s US$300 million commitment consists of $40 million in startup capital and $1 million per week for 260 weeks for a global organization that would independently audit the initiative and funds raised from it.

Forrest is worth US$7.4 billion today but he was once Australia’s richest man, with his net worth peaking at $12.7 billion in June 2008 when shares of Fortescue, now the world’s fourth-largest iron ore producer, hit an all-time high, according to Forbes. 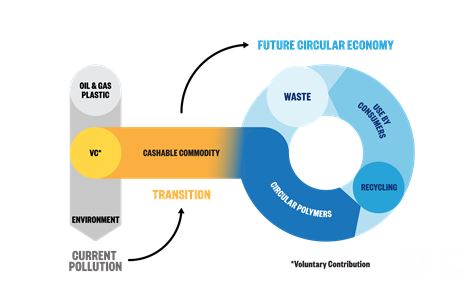 Down the supply chain, there is buy-in, if with some caution for getting industry and government to align.

“At Unilever we are committed to ending ocean plastic and we welcome cross-industry initiatives, like the Minderoo Foundation’s, that is looking across the value chain to identify scalable solutions,” said Alan Jope, the company’sUL, +1.01%  CEO. This will be achieved “only by rethinking plastic — from design to collection — and recognizing it as a valuable resource which should be kept in the economy and out of the environment.” 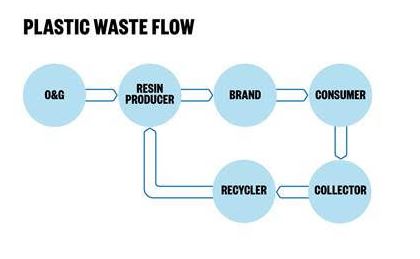 Brian Smith, president and COO, at the Coca-Cola CompanyKO, +0.30% noted the bottler has had its own role to play in finding a solution to plastic waste. In 2018, in an effort to develop its own circular economy for its plastic packaging, Coke launched what it called the World Without Waste initiative.

“We recognized that no one entity, government or stakeholder, can solve this issue alone, so we routinely work with organizations and agencies around the world to identify, develop and scale potential solutions,” said Smith. “One such idea is the concept outlined by Minderoo Foundation which, with further development, has the potential to accelerate the realization of a circular economy and help arrest the flow of plastic into our environment. The proposal requires partnering with industry, governments, regulators and other key stakeholders to ensure that its implementation is respectful of and compliant with the various laws and regulations of each country.”

The initiative is announced on the same day that Australian Prime Minister Scott Morrison addresses this week’s United Nations summit, which has included a focus on the environment. A Morrison-led Australia has yet to lay out stepped-up targets toward net-zero emissions and Morrison has been quoted saying the debate on climate change is brining about “needless anxiety” for children.

The Minderoo initiative is also expected to make a material contribution to reducing plastic-induced climate change by some 70% in the context of the global community’s targeted temperature increase range by 2050.