If you still believe your privacy is protected, think again.

Your facial data, fingerprints, license plates and more are being recorded and sent to databases via thousands of cameras and scanners you encounter on your daily commute, at your workplace and while visiting public venues.

For those who find this problematic, here are ways to make it harder for Big Brother to track your whereabouts. 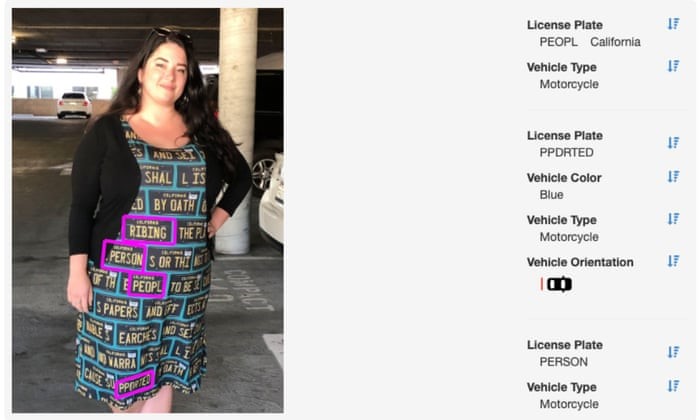 On this website, you can purchase shirts, hoodies, jackets, skirts, dresses and bags imprinted with patterns designed to trigger automated license plate readers. Readers focus on these patterns, mistaking them for real vehicle license plates. Data they pick up from the clothes is junk, which, when added to the license plate database, makes the entire surveillance process less effective, more expensive and harder to use without human oversight.

The site even provides links to resources you can use to make your own computer-vision-triggering fashion and fabric designs.

While this makeup won’t exactly help you blend into the crowd, it will make difficult for many face-detection algorithms to successfully recognize your face. Computer-vision dazzle, also known as CV dazzle, dazzle makeup or anti-surveillance makeup, is a type of camouflage used to hamper facial-recognition software, inspired by dazzle camouflage used by warships.

The idea is to visually break apart the continuity of the human face, making it harder for algorithms to recognize typical facial features, such as symmetry and tonal contours. CV dazzle was developed by Adam Harvey, an artist whose work explores the effect of surveillance technologies. Harvey’s site provides styling tips, as well as patterns you can use to come up with your own anti-surveillance looks. 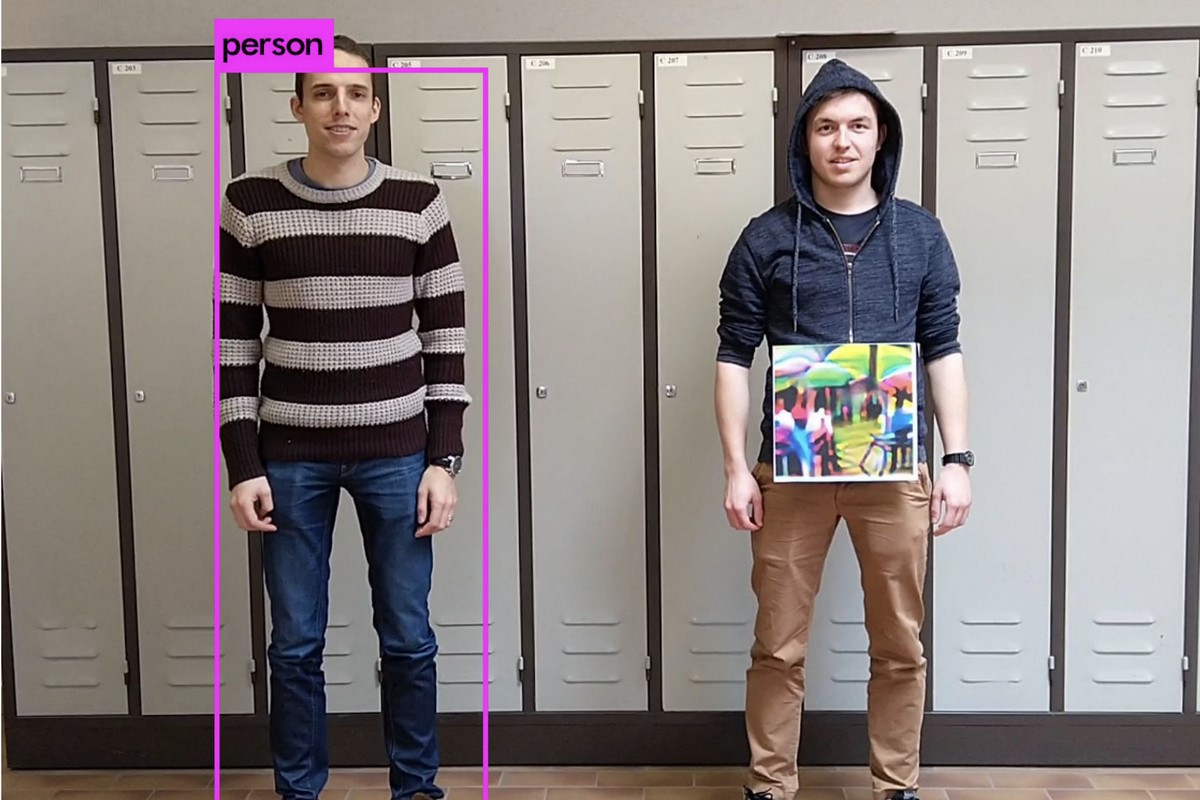 We’re still in the fashion world, but this time, it’s not about license plates you can wear or futuristic makeup. This more down-to-earth, DIY project can make you virtually invisible to surveillance systems — or so claims a group of engineers from the Catholic University of Leuven, Belgium.

Researchers carried a special pattern (also known as an adversarial example pattern) designed to fool computer-vision systems, effectively making themselves invisible to surveillance cameras. This simple design could be made into a T-shirt print, turning it into digital camouflage. Be advised that this pattern currently only tricks one specific algorithm — more flexible solutions are in the works.

Maybe weird shirts are not your style. Perhaps alien makeup or license plate patterns offend your sense of fashion. Could I interest you in these fine eyeglass frames instead? Wearing them, you can impersonate other individuals, including celebrities.

These funny-looking frames are a result of research by Carnegie Mellon University scientists. In the image above, the top row shows the original photos, and the bottom row the face the algorithm matched it with. (Yes, that’s Milla Jovovich.)

Computer systems rely on specific sets of facial patterns. When it looks at a photo, the algorithm is searching for these patterns to make its distinctions — wearing glasses such as these will set it off because they are imprinted with specific pattern sets “borrowed” from a different face, thus pointing the algorithm in a wrong direction.

This method has its drawbacks. Different lighting and distance may yield different results, and the glasses themselves are hardly inconspicuous.

Ditch those glasses and ostentatious makeup. Instead, you can wear a $200 face mask or, more specifically, a prosthetic face resembling Leo Selvaggio — an artist and founder of URME (pronounced: “you’re me”) Surveillance, an anti-surveillance company. Rather than hiding from cameras, you can simply give them a face other than your own to track without drawing attention to yourself in a crowd.

There are downsides, though — not only is it illegal to wear masks in some countries, but to the human eye, it’s still quite obvious you’re wearing one, despite impeccable craftsmanship.

In addition to the prosthetic face, you can also make your own URME paper mask or buy one for a dollar from the website. The paper mask does have some potential. I can see it as an alternative to Guy Fawkes masks used during protests and public events, as it is cheap to make and also conveys the anti-surveillance stance.

While these efforts in reclaiming privacy are commendable, they still seem rough around the edges — perhaps as rough as the algorithms they’re trying to fool. Another problem is that while hiding your face from automated surveillance systems, these and other projects make it painfully easy for people to notice your endeavors, paint a target on your back and turn you into a “person of interest” for surveillance officials.

Furthermore, protecting one’s privacy may not be the only purpose of these digital camouflage methods; they could be used with malicious intent. Certain patterns could trick self-driving cars, causing an accident; or a medical AI vulnerability could be exploited, altering its output and causing it to come to wrong conclusions that could be detrimental to a patient; or be used to exploit insurance.

As you can see, this is a complex topic. Not all government oversight and surveillance is bad. Criminal elements must be contained and criminal behavior stemmed.

But when this means surrendering every bit of your personal life to government scrutiny, a line must be drawn. Examples given in this article show that current surveillance systems are far from impervious, and that there is still room for privacy for those willing to fight for it.

What’s your take? Would you wear a silly mask or a weird haircut if that would mean avoiding surveillance? Let me know in the comment section below.

Jurica Dujmovic is a MarketWatch columnist.