Cardano—the first blockchain project to be built on peer-reviewed academic research—has, so far, just been a very impressive scientific theory.

That’s all recently changed, however. On March 19, 2018, the very first ICO was launched on the Cardano platform. This is just the first step of many in Cardano’s journey to become a feasible and functional blockchain platform with more advanced technology than any other platform in existence.

Traxia: The First Project to Launch on Cardano 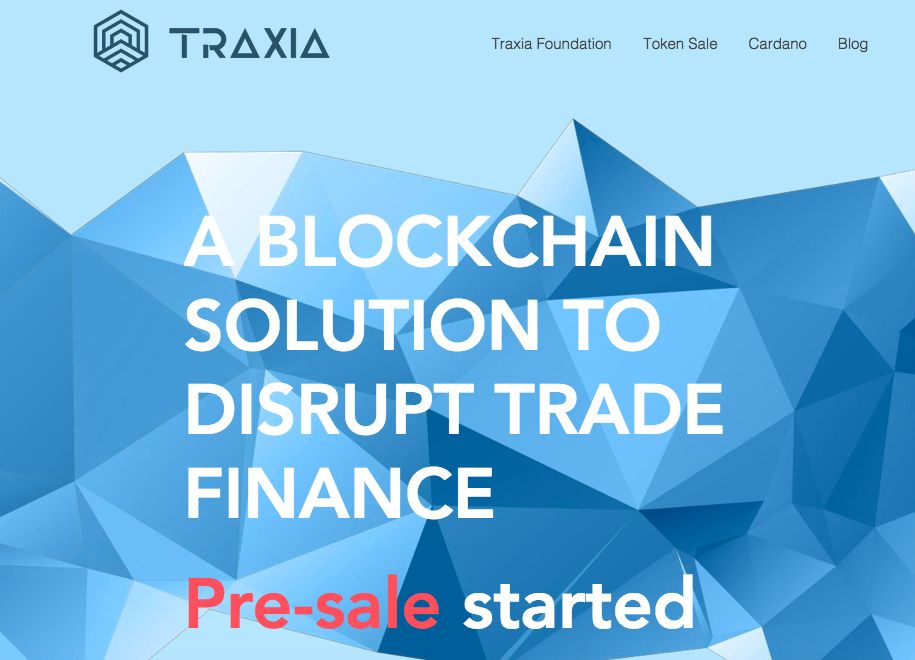 Did you know that there’s US$43 trillion in unpaid invoices on any given day? Traxia is aiming to fix this massive money problem with their blockchain solution that’s built on Cardano’s technology.

Traxia is creating a decentralized global trade finance system where invoices are converted into smart contracts and traded as short-term assets. Sellers and buyers will continue to receive and pay in fiat currency, not cryptocurrency, so it’s easily adoptable by everyone. The only blockchain-related feature is to simply input a private key to confirm the invoice is correct and will be paid.

Traxia chose to build their solution on Cardano’s platform because they believe it’s the best blockchain technology out there. They plan to be fully integrated with Cardano in Q4 2018.

Traxia’s presale for the public began on March 19, 2018 and will run until April 9, 2018. Participants will receive a 20% discount on their native TMT tokens. From April 10 to April 17, there will be a 10% discount, and then from April 18 to June 2, there will be no discount. By June 6, 2018, TMT will be available for trading on exchanges. For more details, check out Traxia’s token sale page.

You can purchase TMT using BTC, ETH, or ADA.

Proceeds from the ICO will be allocated in the following manner:

Loan warehousing is the initial process of acquiring debt from various sources. For a more detailed explanation, check out Traxia’s FAQ under “Where are you going to spend all this money?”.

Cardano has invested in Traxia’s ecosystem through their investment arm Emurgo, which shows that the Cardano team has faith in Traxia’s idea and technology. It will be very interesting to see how Traxia transforms the fintech and trade finance worlds in the future. 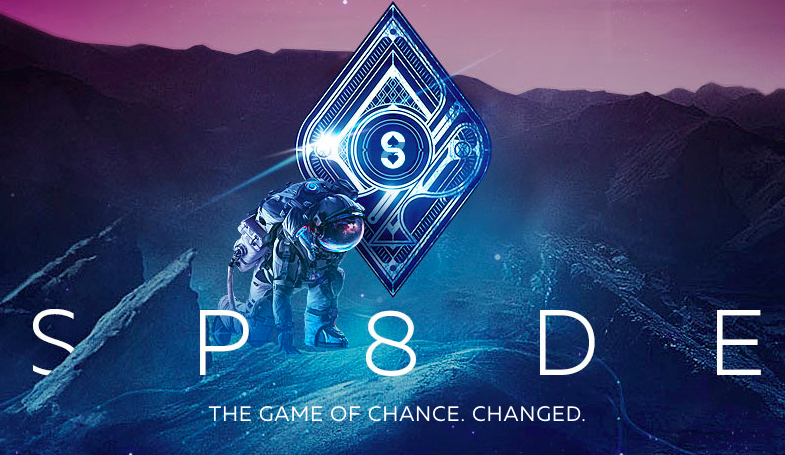 The difference between Traxia and SP8DE, however, is that the Cardano team has no involvement whatsoever with SP8DE.


[…] I have just heard of this project and know nothing about it.

For this reason, some are speculating that SP8DE could actually be a scam. I would be wary of investing in this platform until more information about it is known.

What Does This Mean For Cardano?

Traxia could pave the way and show how to successfully set up a platform on Cardano. If all goes well, it could be the first of many to utilize Cardano’s technology. As for SP8DE, it seems unlikely they are legit since the Cardano team never even knew SP8DE existed until they were taking people’s ADA for their ICO. Either way, this means Cardano has gained enough popularity for people to take note and (possibly) create scams around it.

The launch of Traxia, at least, could make the price of ADA go up in the near future, as the public sees that Cardano’s technology is actually feasible.

But if you ask Cardano CEO Charles Hoskinson about ADA’s value, he frankly doesn’t care about that, tweeting: 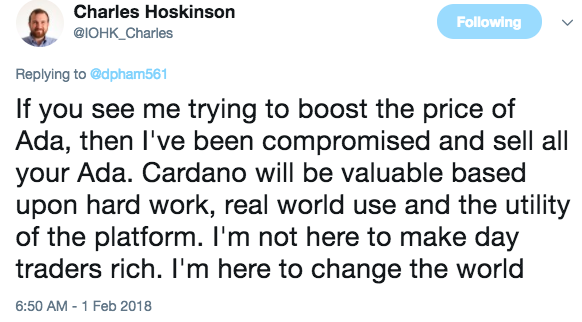 Cardano’s team is 100% focused on tirelessly working to create the most advanced blockchain platform ever, instead of wasting time with marketing hype to boost their token price. In the crypto world, this is incredibly refreshing.

Hopefully all of their hard work pays off and Cardano does indeed change the world for the better.

Related: Cardano Roadmap and What the Future Holds