There is an effort underway to roll out a blockchain voting app in time for the November elections. 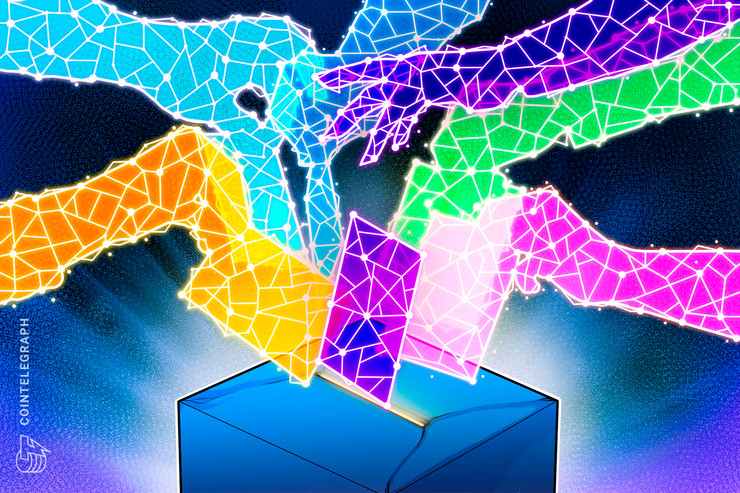 There is an effort underway to roll out a blockchain voting app in time for November elections.

A voting app is being developed by WinterGreen Research and Government Blockchain Association, or GBA, which uses blockchain technology to “make fraud detectable”.

Susan Eustis, President of WinterGreen Research told Cointelegraph that she expects COVID-19 to accelerate its adoption:

“We anticipate that the digital voting app will roll out quickly, just as the telemedicine market was eclipsed by virtual care delivery from Cisco WebEx and Zoom. Physicians went from doing 200 televisits per year to 36,000 per week within the past month. The same market driving forces impact voting as impact healthcare delivery.”

The implementation of such an app would have to be approved on a state-by-state basis. Eustis has had conversations with some state-level officials and is optimistic about its adoption in time for the U.S Presidential elections in November. WinterGreen Research has also prepared a training course for the election officials. Eustis noted:

“The WinterGreen Research team has prepared to start training election officials at the local level within a couple weeks. Virtual voting is the best of any recommended solutions for social distancing and mitigating the spread of COVID-19.”

According to Eustis, they are exploring several private blockchains for their application and the developer will be announced soon. The GBA is working on the blockchain standards for the app, while WinterGreen Research will be training election officials if the app gets adopted.

If the COVID-19 pandemic continues to linger in November, the government may be forced to upgrade the electoral process to the standards and expectations of the 21th century.