SelfKey, a blockchain-based digital identity system specializing in decentralized control of personal data, continues to tick off milestones as they strive to become the self-sovereign identity ecosystem.


Founded by industry leader, Edmund Lowell, and backed by a team of over 70 individuals, SelfKey is making real inroads in the digital identity space. Users can also access a broad range of products and services such as citizenship and residency by investment, company incorporation, fintech products, among others.

Their latest announcement is that they have begun testing an Alpha version of their Identity Wallet. 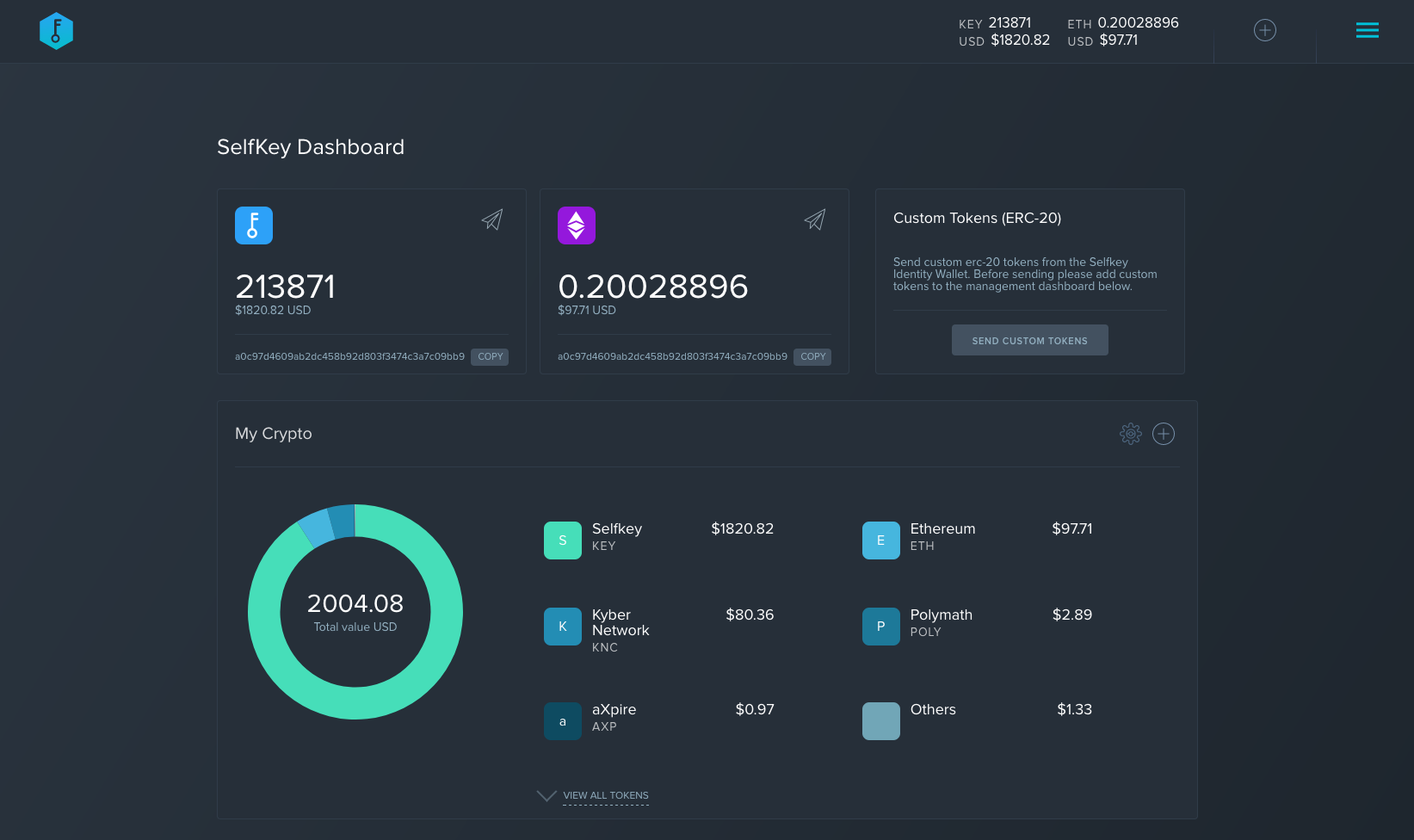 The SelfKey Identity Wallet is a desktop application that aims to take the difficulty out of current digital identity usage. Issues like data breaches are common and current KYC processes are slow, onerous, and insecure. Through an innovative use of blockchain technology, SelfKey is allowing people to have a reusable KYC profile that is under their control alone.

Although this is just an Alpha test, users will be able to create a SelfKey ID, a two-part KYC profile that includes both “attributes” and “documents”.

Documents are personal identifiers such as a driver’s license, social security card, utility bill or financial statement. Attributes are pieces of data that help substantiate a digital identity. Examples include name, date of birth, email, address or tax ID numbers.

Security is at the heart of this wallet’s design and the above-mentioned data points are stored on the owner’s device and only shared with express consent from the owner.

The wallet has a number of other notable functionalities and supports Ethereum-based tokens. This means that users can transact in ETH or KEY (SelfKey’s native token) and they can also track their portfolio’s performance using pricing data pulled from the CoinMarketCap API.

In keeping with the current Alpha stage of development, SelfKey is carrying out a controlled and selective distribution of its wallet to members of its community. The aim is to get real user feedback and improve the UX before the product is rolled out to the public. SelfKey is still testing additionally functionalities internally.

The initial testing group consists of 40 community members that were filtered through a survey conducted in recent weeks. This pool of testers will be added to sporadically and the application process remains open.

SelfKey Founder Edmund Lowell had this to say about recent developments:

We are tremendously excited to start sharing the work done during these last months with our community. For us, it is a very important step to know their opinion and it will serve us as a safe way to improve our product and make it more user-friendly. Although we are satisfied with the work done these last three months, this is only the beginning. We keep working very hard with our partners to integrate the SelfKey wallet with their platform, in addition to actively seeking new partnerships to increase the SelfKey Wallet and KEY token utility, and the value offered to our community as quickly as possible.

SelfKey raised upwards of $21 million dollars during its token sale, and they’ve been extremely active ever since. Unlike many in the blockchain space, SelfKey already has a functional product, they have a KYC onboarding web app and have collaborated on a number of other token sales, most notably Airswap, CoinJanitor and Invox Finance.

SelfKey has also established some strategic partnerships with Kyber Network, Polymath, and LEXIT. They’ve also branched out and developed ties with some non-blockchain companies such as the corporate services provider NTL Trust and two Caribbean international banks, both of which plan to offer services in the SelfKey marketplace.

The SelfKey marketplace is one of the functionalities that is still being ironed out internally. Once complete, it will allow users to go through instant KYC processes for a range of products and services at the heart of investing and financial maneuvering. These include cryptocurrency exchange accounts, bank accounts, immigration by investment programs and company incorporation.

If you’d like a closer look at the SelfKey Marketplace, a demo is available on their official website.