The ultimate goal of any cryptocurrency project is to achieve widespread adoption by offering a use case that offers real-world value that can be applied in every home across the globe.

Thanks to its user-run wireless network, Helium, a 5G Internet-of-Things-focused project, made a significant stride towards greater adoption as it revealed a new partnership with Dish Network on Oct. 26.

According to the announcement, the partnership will offer Dish Network subscribers the opportunity to run Helium nodes and earn HNT token rewards for sharing their 5G wireless service with those in their area.

This marks the first major carrier to integrate the Helium 5G network into its ecosystem and is a significant sign of validation for the project and its technology.

In comments with Decrypt media, Helium COO Frank Mong elaborated on the partnership and what it means for the future of the Helium network.

“Dish understands the potential blockchain can have on the wireless industry, and as the first major carrier to join The People’s Network, this partnership is real validation that the HNT incentive model is a powerful tool for deploying infrastructure at scale. Together with Dish and FreedomFi, Helium 5G will have a much broader reach where the customer benefits from the flywheel of network incentives and the applications it enables.”

The Dish Network partnership is the latest in a busy year of growth for the Helium network, which now has more than 256,000 individual nodes around the world operated by 93,561 users.

This partnership with Dish Network was made possible by a community vote in April which approved the addition of a second 5G capable network to the protocol through a partnership with FreedomFi. This will allow Helium to offer support for devices like smartphones, tablets and laptops.

Helium has also received increasing support from multiple hardware manufacturers that have begun making hotspots compatible with the Helium network and this is expected to expand the network’s reach.

Related: Successful smart cities will be impossible without decentralized techs 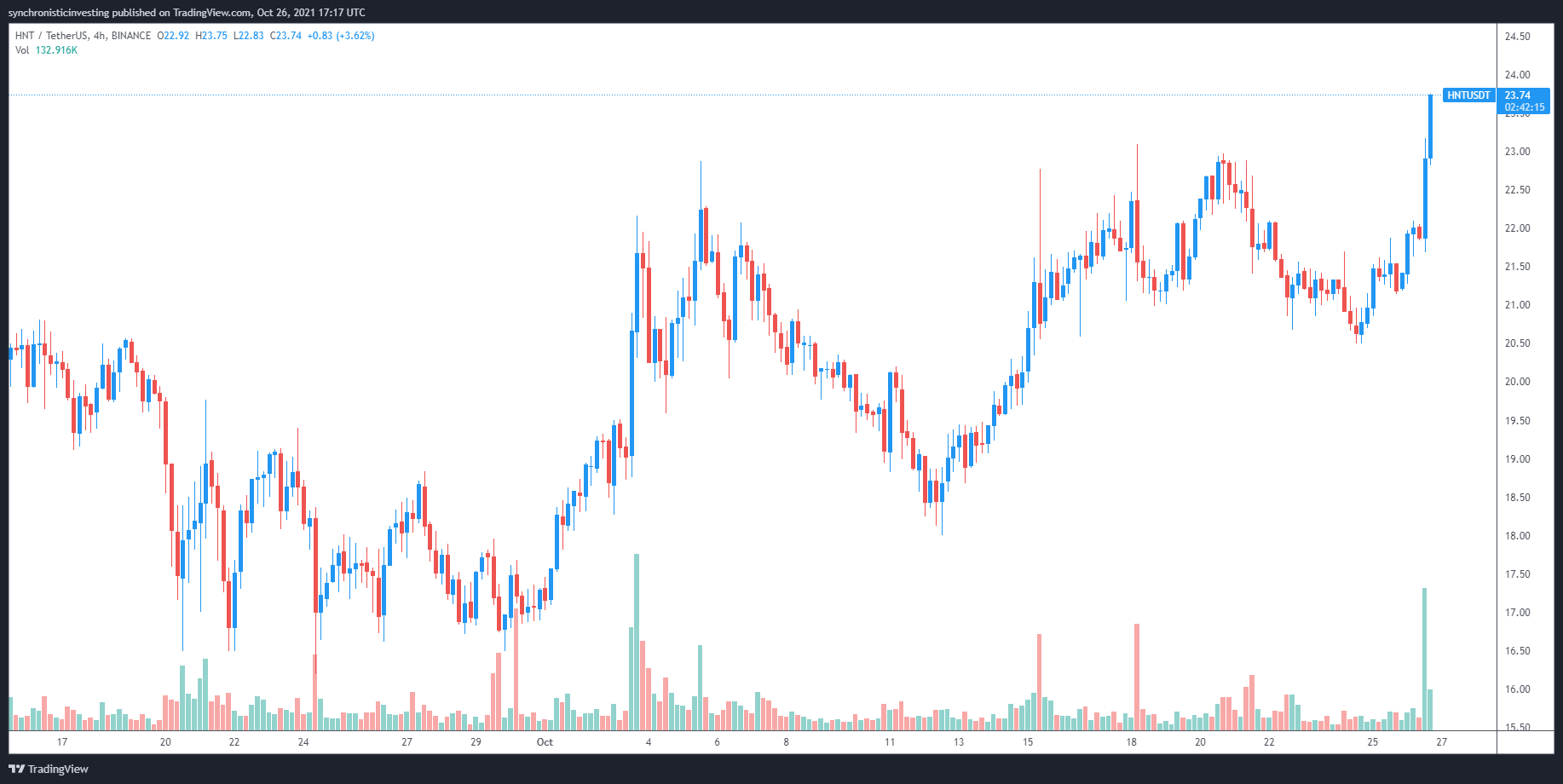 VORTECS(TM) data from Cointelegraph Markets Pro also began to detect a bullish outlook for HNT on Oct. 20, prior to the recent price rise. 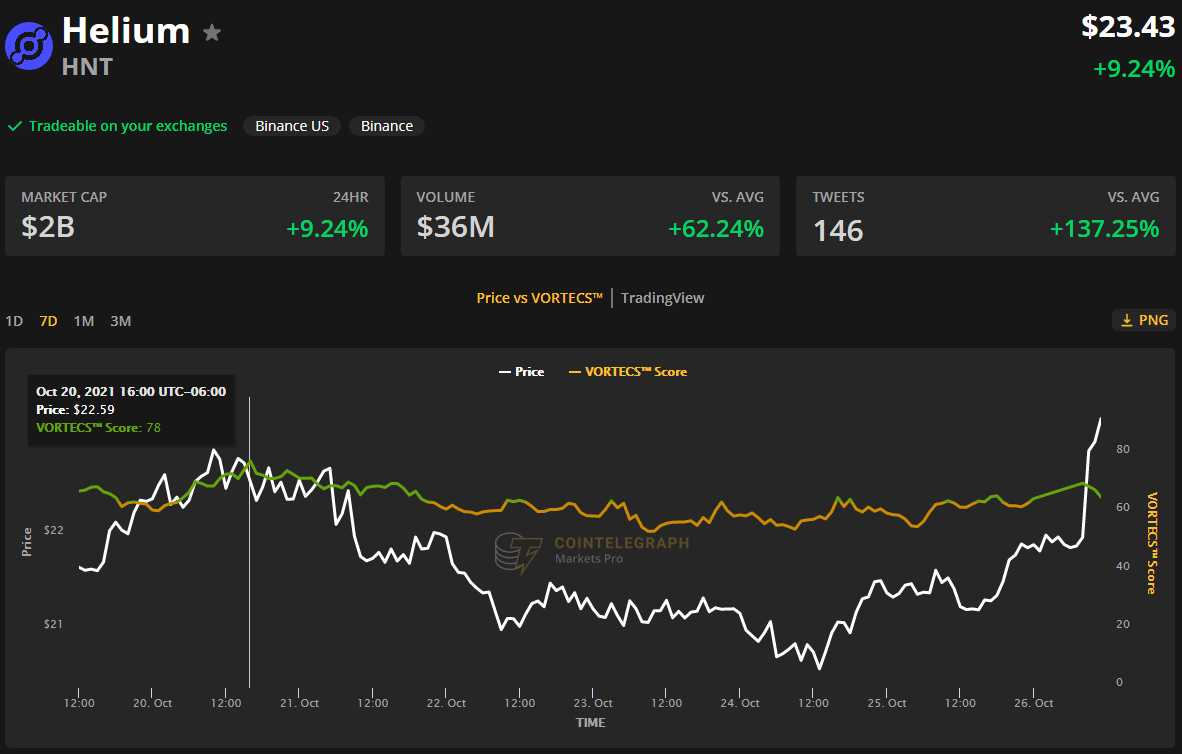 As seen in the chart above, the VORTECS(TM) Score for HNT began to pick up on Oct. 20 and hit a high of 78 around 93 hours before the price began to increase by 15.6% over the next two days.