Home » ICO » The Future of Mobile Data is Free

The Future of Mobile Data is Free

We have previously looked at how blockchain is enabling the underserved to gain access to free or discounted mobile data. Now there’s good news for all: Free mobile data is hitting the world stage. Pretty soon, we might put paying for mobile data in the same category as going to the Kodak store to get our filmstrips developed: outdated and downright laughable.

Since we use our phones almost constantly and advertising compapenies are getting rich off targeted ads, Mobilink suggests ad companies should foot the bill for our data. This article investigates this enticing proposal.

Friends, countrymen, lend me your ears… let me humor you by starting this piece talking about the role of mobile phones in our everyday lives. No? No. Because chances are that you’re reading this on your mobile right now.

You more likely than not woke up this morning to your mobile’s alarm clock, let Zombies, Run! guide you through your morning jog, tracked the macronutrients you had at breakfast, and video-called your best friend who’s saving orangutans on the other side of the planet. And this all before you hit the morning traffic on your way to work. You need no convincing that mobile phones are life (or a digital equivalent trying to closely mimic it). 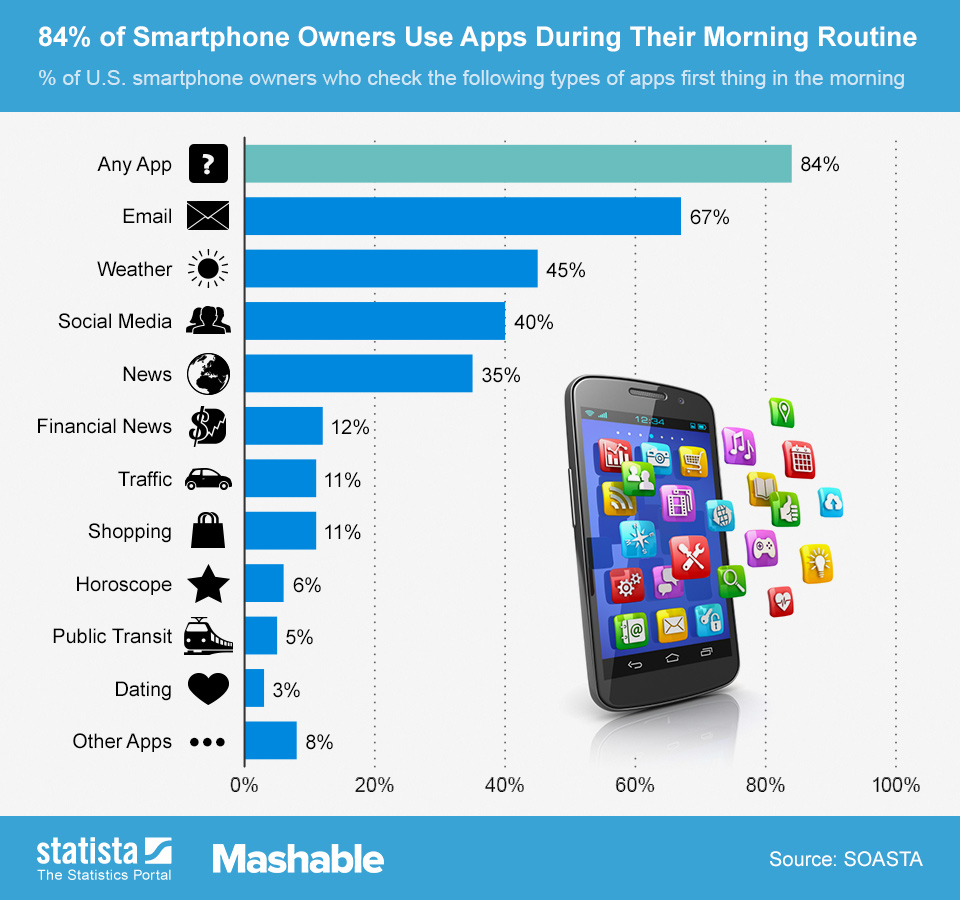 But if you’re up for some convincing, Statistica has your back

We know it, because we face the music every time our battery dies and we don’t have immediate access to a charger: we’re chained to our phones. But someone’s gotta pay for all that scrolling and chatting.

Depending on your political stance, the title of this article might sound ludicrous or like a dream come true.

If you’re old enough, you’ll remember the dark days when smartphones didn’t exist and you paid a premium for every SMS you sent. Recently, after a text war with a loved one, I joked that we would’ve kissed and made up a lot sooner had we been paying for each of the 1,200-odd WhatsApp messages we sent over the course of our digital disagreement. But technology has improved to the point that we now have data plans for clever mini-computers –  a far cry from the first Nokia phone and their 160-character message legacy. Talk has become cheap.

Or has it? Depending on the country you’re in, and your socio-economic status, mobile data might be dirt cheap, or it could form one of your major monthly expenses. As a digital nomad whose other job is traveling for a living, I have seen my phone bill rise and fall, wholly dependent on the state of the telecom monopoly within the particular country whose borders I happen to be enclosed by at the time.

So while all mobile data plans are equal, some are much more equal than others.

Everybody Hurts (When Paying For Data)

While statistics indicate that the next big online opportunity wave lies in emerging markets (Google’s Next Billion Users endeavors cater to this demographic), it’s obvious that you needn’t belong to a remote mountain tribe in the third world to have cause for concern about where your data is going. Being data-conscious is part and parcel of being a netizen. Few of us are strangers to articles such as the image captured below telling us how to manage our data packages. 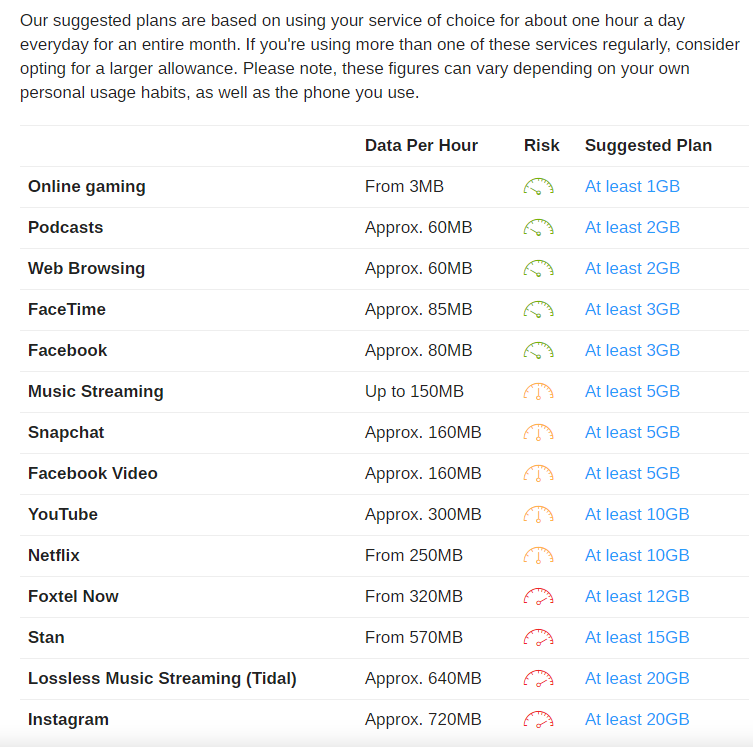 Talk might be cheap, but extensive browsing is not. So much so that Google itself has released Datally, an app that tracks which apps use the most data because, according to the search engine giant, “data doesn’t have to be confusing, hard to control, or expensive.”

Back in 2006, Google had the foresight to buy the world’s most popular video app, YouTube, for US$1.65 billion. But the technology stronghold’s crystal ball didn’t end there. In the same year, then-CEO Eric Schmidt forecasted that in the future, targeted advertising would pave the way for free mobile phones.

Your mobile phone should be free. It just makes sense that subsidies should increase [as advertising rises on mobile phones].

Cheaper cell phones might be churning out better features, closing the gap from high-end phones. But here we are, 12 years later, still paying for those devices that have replaced everything from our music players to our cameras.

What has changed since those early years is that the mobile phone has become the “tool de force” insofar as how we spend our tech time. It is estimated that by 2021, global mobile data traffic will rise to 49 exabytes per month.

If “exabyte” doesn’t sound particularly appetizing, try this on for size: 1 exabyte equals 1 billion gigabytes, and it’s said that the entirety of all the words ever spoken by humanity would amount to 5 exabytes. Of course, that must be an old analogy, since by 2016 we were already consuming 7 exabytes worth of mobile data traffic around the world. Per month. And thanks to a CAGR of 49 percent, 2018 took us up to 17 exabytes every 30-odd days.

Google has been right there where the action is. 12 years after their landmark acquisition of the most visited video streaming site on the globe, current statistics show us they’re smiling all the way to the bank.

Since Q3 2016, mobile video views grew by more than 233 percent. This outpaces the growth of mobile devices’ overall penetration during the same period. Clearly, if you have a phone, you’re going all-in on video.

In the same study, Ooyala found that by the first half of 2018, mobile devices will account for more than 60 percent of all video playbacks.

So let’s get this straight: we’re all doing exactly what researchers and statisticians predict we’ll do, yet no one’s rising to Google’s challenge of letting advertisers pay for the actions they’re already benefiting from. Anyone see a problem here?

Mobilink Says the Burden of Mobile Data Should Be on Advertisers

Ever heard the saying, “If you’re not paying, you’re the product”?

Then why is anything and everything we do online laden with advertisers vying for our attention and buying our data so they can pester us on every channel we’re on, yet we’re the ones paying for the data used to access the internet?

This is the question the founders of blockchain startup Mobilink asked themselves. And it led to starting a company that, in the future, aims to give you unlimited voice and data services.

Following this train of thought leads one to realize that Google’s erstwhile prediction is not so far off. The key to free phones starts with one of our precious commodities: mobile data.

In Q4 2017, mobile devices accounted for an estimated 51.12 percent of global web traffic. Ads already inundate every screen that’s connected to a web browser. Why not make advertisers pay for our ability to surf the net? We’re growing their profit margins, after all.

If you have an unlocked smartphone and are based in – or will travel to – one of the 190 countries Mobilink supports at present, here’s what being a token holder will get you (hint: it’s way more than just a SIM card).

Thanks to the platform’s built-in blockchain tech, Mobilink will enable advertisers to send targeted ads to your smartphone. The ad revenue this generates will, in turn, pay for your voice and data services, in effect allowing you unlimited talktime and browsing, just the way it should be.

Now, before you think, “Nope, not me, I have enough targeted ads coming my way already” … exactly! They encircle you around every corner anyway, so let them provide their money’s worth. No more monthly bills, costly or otherwise. If you don’t have to pay for something, then why should you?

Ever had the crushing experience of returning home after travel abroad only to have the fond memories of your trip crushed to death by the size of your roaming bill? This, too, is a thing of the past, because Mobilink’s got your back. The company has secured global roaming contracts to make sure that their token holders’ connectivity is as borderless as it gets.

A minimum investment of US$300 (payable in Bitcoin, Ethereum, Litecoin, Bitcoin Cash, or Dash) scores you a SIM card that will not only save you cash but thanks to the token holder reward program, will make you cash, too. Mobilink estimates that the average token holder can earn a monthly sum of US$40 to US$250+ in the form of MOBILINK-COINS, which can be exchanged for cash.

You will also be issued a Mobilink Prepaid Card. Transfer your MOBILINK-COINS to your card and you’re able to use it at any MasterCard-friendly shop or ATM worldwide.

The MOBILINK-WALLET app, available on desktop, Android, and IOS, will allow you to use your MOBILINK-COINS to exchange up to 50 cryptocurrencies.

The app allows for easy tracking, transferring, saving, spending, exchanging, and managing of your MOBILINK-COINS.

Get In on the Action

To learn more about how Mobilink can help your bottom line, read their whitepaper and join their Telegram group. The Mobilink ICO is running until April 15, 2018 – register for an account and get on board.