The price of Bitcoin (BTC) declined by 2% in under an hour in a sharp correction on Nov. 2, catching traders off guard. Coincidentally, the CME Bitcoin futures market opened with a new gap, making $13,100 an area of interest for sellers.

The CME Bitcoin futures market closes during the weekend and on holidays. This means that if BTC sees a large price movement during those days, a gap between CME and cryptocurrency exchanges emerges.

While there is no comprehensive theory as to why traders move to fill CME futures gaps, historically, most CME Bitcoin gaps have filled.

Since October, Bitcoin has seen a strong rally. During the weekend, the volume of BTC tends to drop as the market becomes less active. But in the case of the last several months, BTC has continuously moved upward without a dip in volume.

Consequently, this led to the formation of four CME gaps in a row. Every weekly candle in the past month led to a new CME gap, which is rare for Bitcoin. It means that BTC has moved so fast even during the weekends that new consecutive gaps have been formed. 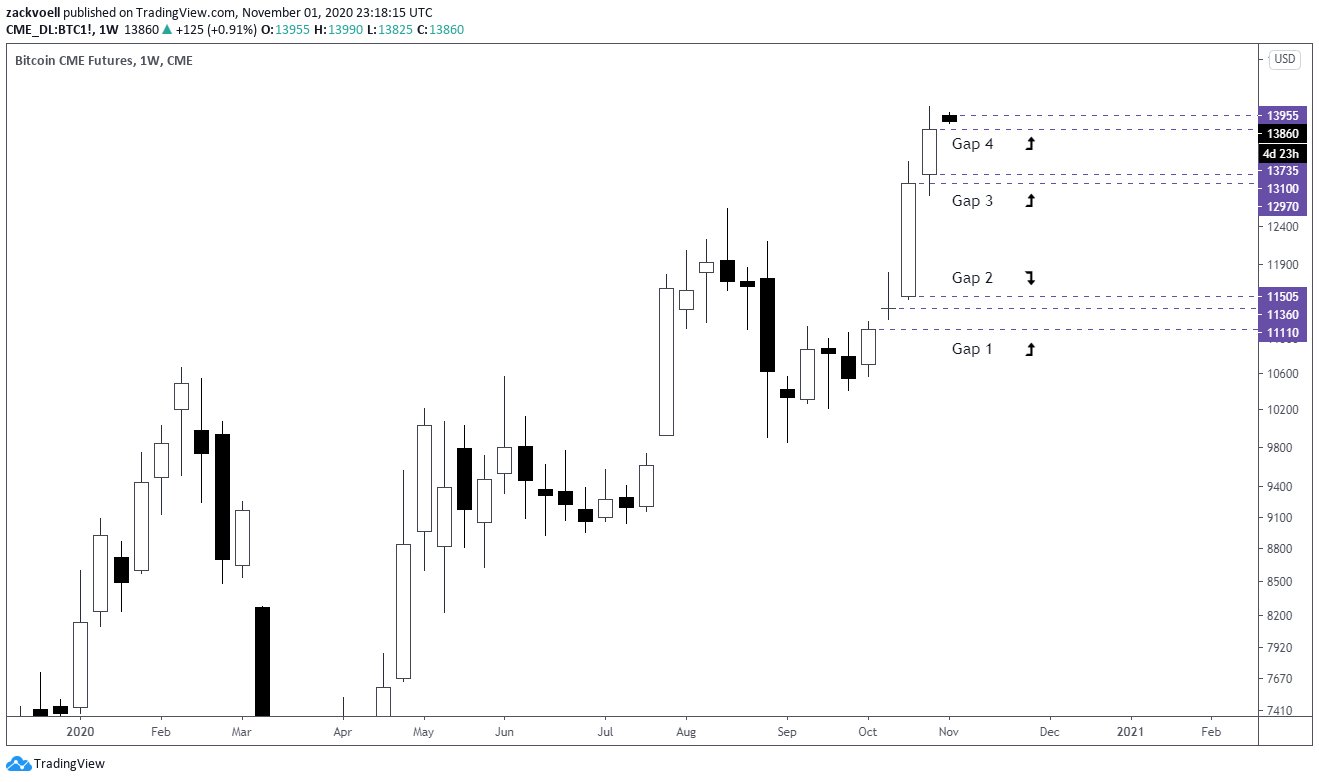 The next short-term Bitcoin monthly MA is below $12,500

Bitcoin has rallied quickly since early October, rising by more than 25% from $11.775 to $13,500. The pace of the uptrend meant BTC was not able to establish clear support levels on higher time frame charts.

In the past two months, Bitcoin has repeated the pattern of rallying followed by a short period of consolidating. On the daily chart, this created clear support and resistance levels, making the rally sustainable compared to previous ones. 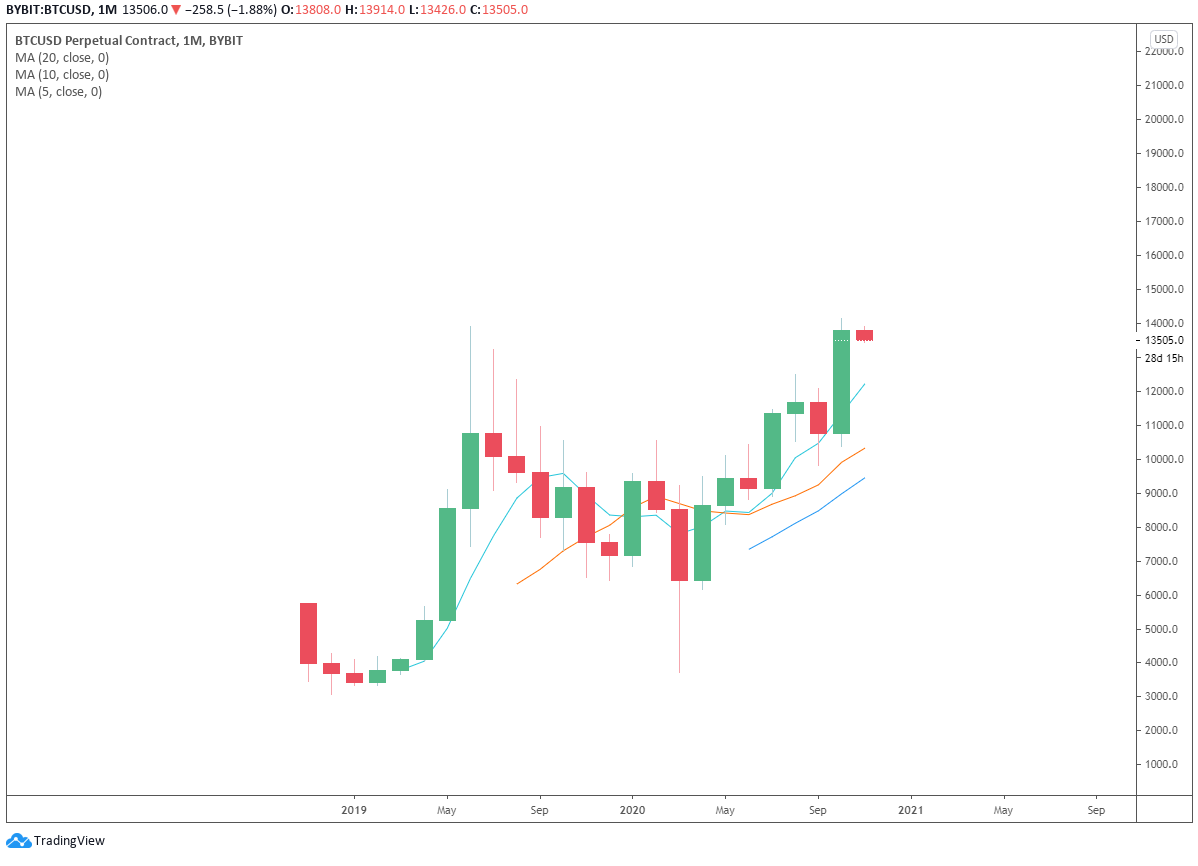 On the weekly and monthly chart, however, Bitcoin is still far from notable short-term moving averages. The closest MA is the 5-day MA at around $12,200.

Bitcoin tested the $14,000 resistance level on Oct. 31 for the first time since December 2017. After such a major rally and a key retest, a sharp pullback was expected.

Some traders said they were surprised by the intensity of the Bitcoin price drop when it occurred. But, when they saw the high open interest of the futures market, the traders said the move made more sense.

“Once in a while I’m actually surprised by a move,” a pseudonymous trader known as CL said. Later on, CL added that the open interest was high enough to justify such a move. “Actually nvm, I miss read how much open interest was rising earlier, this makes sense.”