A report published by major U.S.-based crypto exchange Kraken has identified signs the correlation between Bitcoin (BTC), the greenback, and legacy markets, is continuing to weaken.

Kraken’s September volatility report found Bitcoin (BTC) largely maintaining a negative correlation with the U.S. Dollar Index (DXY) since May, despite a brief coalescence between the two markets in early September. 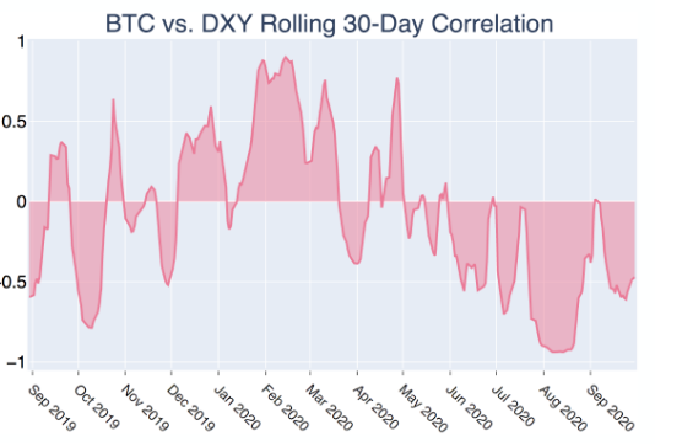 The report attributes BTC’s dollar divergence to the U.S. Federal Reserve’s plan to maintain zero percent interest rates until at least 2023, in addition to declining growth rates. Meanwhile, Bitcoin has shown positive correlation with the Euro since May.

The report notes that while the start of the month saw an 8-month low for correlation between BTC and the S&P 500, the correlation would later increase as both markets experienced sideways consolidation.

Bitcoin’s correlation with gold has remained positive since mid-July, with both markets experiencing bearish pressure over recent weeks. 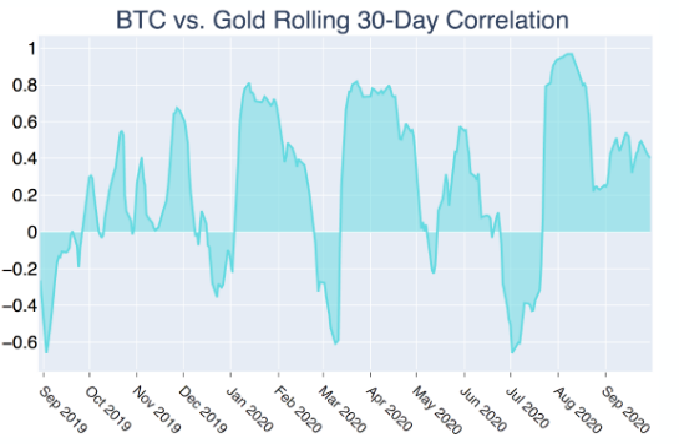 Looking forward, Kraken anticipates Bitcoin will post a stronger performance in October than in September, and this would be consistent with the trend exhibited in eight of the past nine years.

The report predicts October will drive an 11% gain for BTC, suggesting Bitcoin will close the month at $11,850 — a 3% gain from current price levels. However, Kraken notes that Bitcoin has underperformed its monthly average during six of the nine months that have transpired in 2020 so far.

Kraken’s mild optimism is outshone by the bullish calls from two respected analysts. Former hedge fund manager Raoul Pal recently revealed he has shifted more than half of his personal investment portfolio into Bitcoin in anticipation of massive institutional adoption:

“Just from what I know from all the institutions, all of the people I speak to, there is an enormous wall of money coming into this.”

And Alex Saunders from Nugget’s News compared the current set up to mid-2017 and predicted that institutional appetite for Bitcoin was likely to trigger a “breathtaking rally”:

In an update to subscribers last night he said:

“Publicly traded companies [and] legendary investors are singing from the rooftops about this new asset class at a time when there’s record money sitting in bank accounts looking to find a home.”