In early September of this year, the market capitalization of Bitcoin (BTC) was hovering at around $190 billion when the BTC price was hovering around $10,000.

In the past two months, however, the price of Bitcoin rose from to over $15,000. With it, the market cap of Bitcoin surged from $190 billion to around $280 billion. This now makes Bitcoin more valuable than most major U.S. companies. 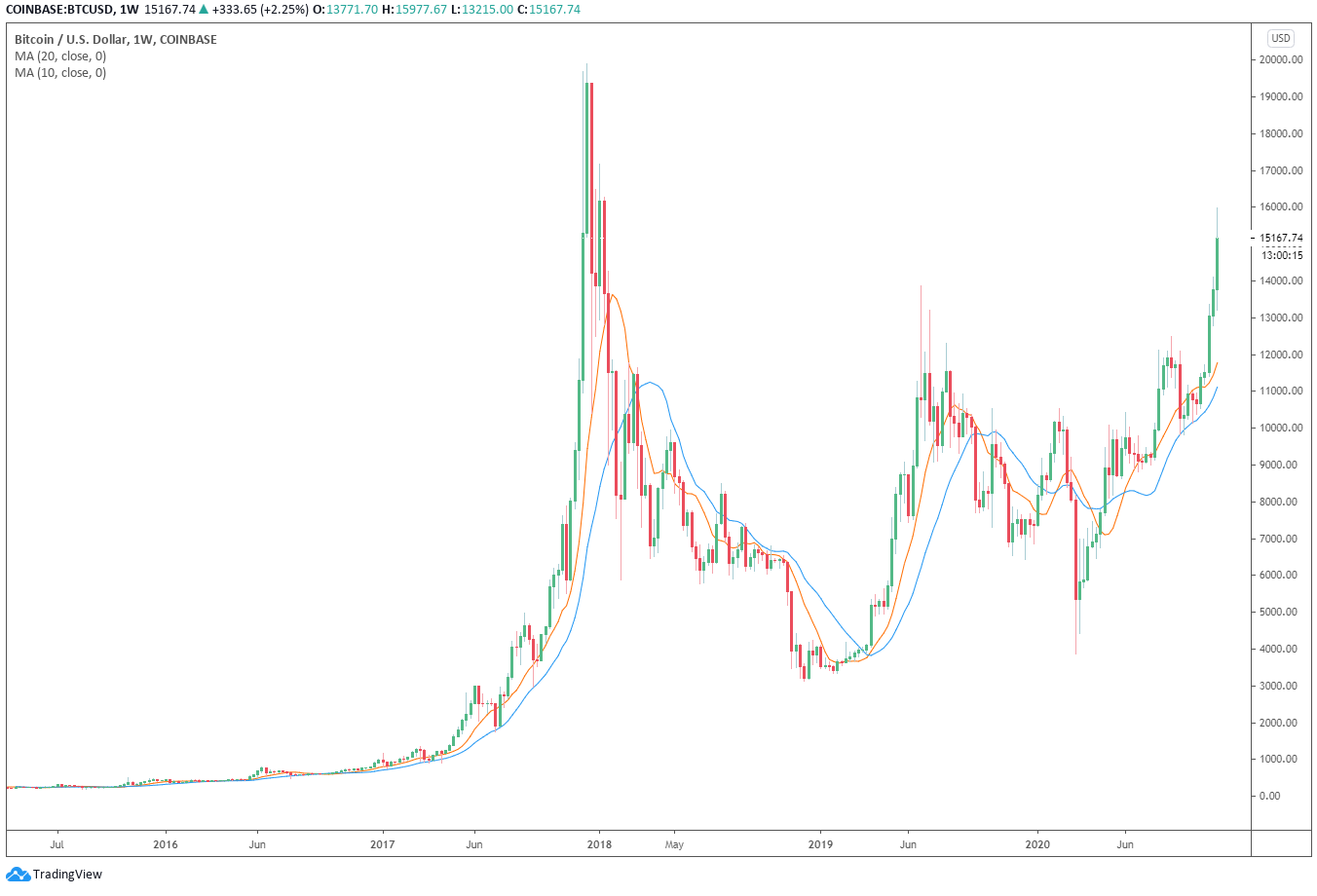 Bitcoin is equivalent to the 18th largest commercial company in the U.S.

If Bitcoin’s valuation is compared to publicly-listed firms in the U.S., it would match the 18th biggest firm.

The 17th largest company in the U.S. is Home Depot with a market cap of $306 billion. Verizon falls behind it with a $242 billion valuation, leaving a large gap in between.

Since the market cap of Bitcoin is currently around $280 billion, it is larger than all of the companies in the U.S. outside of the top 17.

Companies that Bitcoin surpassed in recent months include some big names such as Netflix, PayPal, BofA, Coca-Cola, Salesforce and Disney. 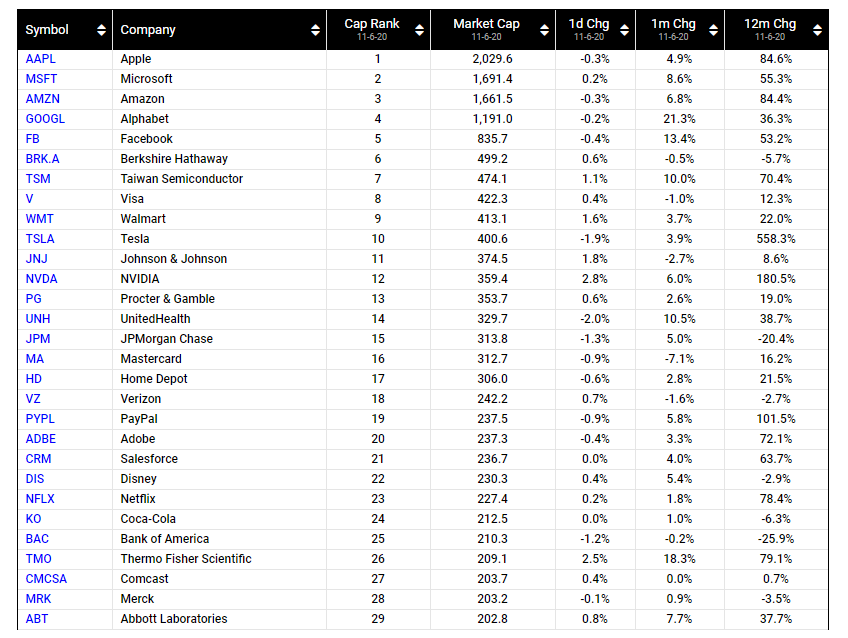 Bitcoin is still behind the three largest financial institutions in the U.S. by valuation, namely Visa, Mastercard and JPMorgan. For the top cryptocurrency to surpass all three, it would need to hit $23,000, or a market cap of $426 billion.

However, the price of BTC must reach somewhere around $120K for Bitcoin to catch up to Apple, the most valuable company in the world with a market cap of $2 trillion.

In 2017, Bitcoin reached a new record-high 15 months after the 2016 block reward halving. BTC saw its latest halving in May 2020, so the chances of a new peak in mid-2021 remain high based on historical cycles.

Over the long term, cryptocurrency investors and analysts say the perception of Bitcoin as a durable store of value would push its valuation.

Tyler Reynolds, a former Google and Morgan Stanley alumni, said the fixed supply of Bitcoin makes it compelling as a hedge against government spending. He wrote:

“As it’s currently shaping up, the next bull run will be led by BTC with the very narrative that OGs have been saying since 2011: Bitcoin’s hard supply cap makes it a durable SoV as governments devalue their fiat currencies to support unconstrained government spending.”

Bitcoin is particularly attractive to institutions because it could act as a hedge within a diversified portfolio but also give investors exposure to Bitcoin’s asymmetric risk-reward potential.

The relatively low market cap of Bitcoin compared to companies like Visa and safe-haven assets such as gold indicate there is significant room for further growth in the next decade.