Virtual Reality (VR) has been around for a while, but it may finally be on its way to the masses, and in tandem with blockchain technology it may very well play a big role in the development of new digital worlds. Whether the combination of the two technologies will be able to influence the world like in the popular book and new Spielberg movie Ready Player One is anyone’s guess. Regardless, blockchain may succeed in moving VR towards a more mainstream platform.

In an earlier article, we already explored the technological possibilities created by combining VR and blockchain technology. In this article, we establish that the two emerging technologies go surprisingly well together, a precept that a handful of tech entrepreneurs around the world agree with.

Virtual Reality has no established backup system for its data yet, is facing issues due to the enormous amount of computing and graphic power needed to render its digital environments, and is set to face a lot of copyright issues. These three concerns can be solved by implementing blockchain technology, providing cloud computing options and immutable ledgers.

We shine a light on 5 projects that combine the benefits created by blockchain technology with the emerging potential of Virtual Reality. 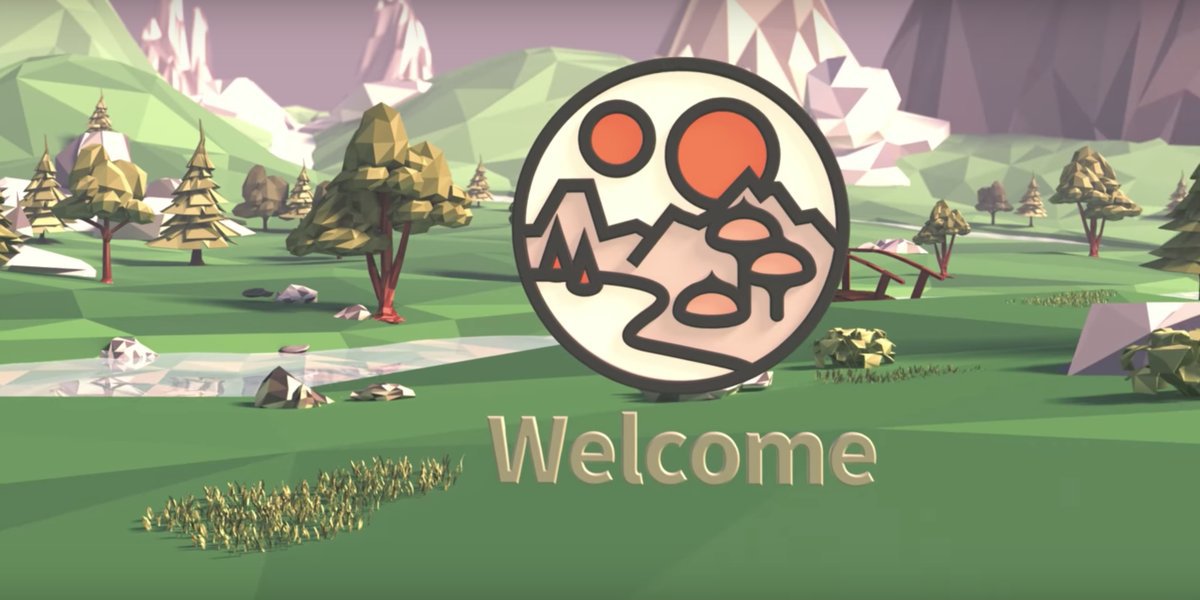 Imagine putting on your VR headset and walking through a virtual world where only your imagination is the limit. This is what the Decentraland project is aiming to build. But the team behind the project is not building this world themselves – its users are. Decentraland is an open-source platform, fully owned and created by its community.

To own a part of Decentraland, you’ll have to buy virtual real estate. Once you’ve bought your piece of this world, you can do whatever you like with it. You can let your imagination run wild and create artistic structures, or you can build a virtual business on it through which people can trade, play games you’ve created, or shop for virtual objects.

The native currency in Decentraland is Mana. With Mana, parcels can be bought and traded, your owned land can be developed, and you can start to charge people when they engage with your creations. Through this, users can actually earn money by making valuable virtual creations and experiences. Besides the cryptocurrency, blockchain technology will also function as a public ledger on which ownership of everything within Decentraland is stored.

The Decentraland project is still in its infancy, but big things are coming to the virtual land. Among these are virtual tours, training and education programs, digital collectibles, and expansion of the size of the world. 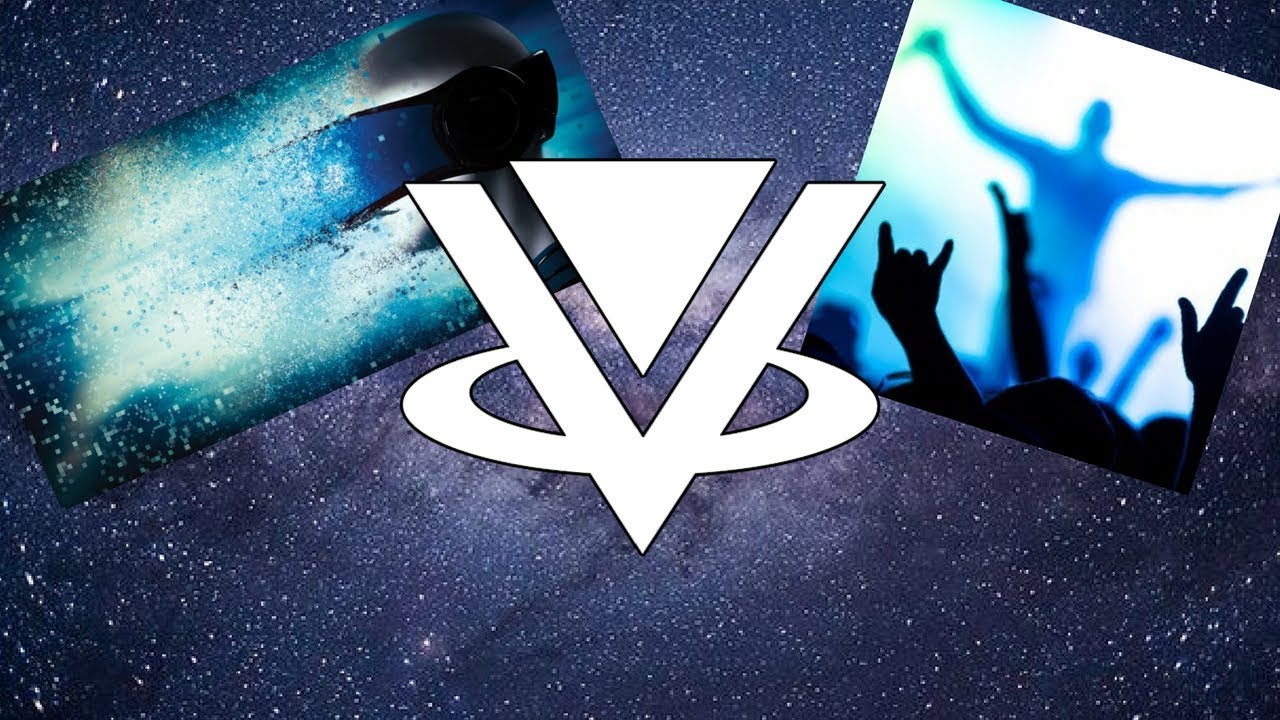 Vibe is combining VR and blockchain to create new virtual spaces in which a large variety of activities can be conducted, from sports entertainment to business meetings. These spaces will be part of the Vibehub, the platform on which the interactions of Vibe users will occur.

One of the most outstanding VR experiences Vibe will provide are photo-realistic holograms of artists, educators, and public figures. These holograms will be fully observable in the virtual realm and made possible by Volumetric video technology, developed in-house. This allows VR users to observe a realistic representation of any person they’re willing to see, and with this Vibe could be the first of its kind. Social interactions will also be made possible with the use of this technology, which means that Vibehub users will be able to interact with each other’s holograms on the basis of their mutual interests.

The Vibe project also allows users to monetize VR content they create. This can be VR designs, models, scenes, music, videos, and additional options that will present themselves as the platform goes live. 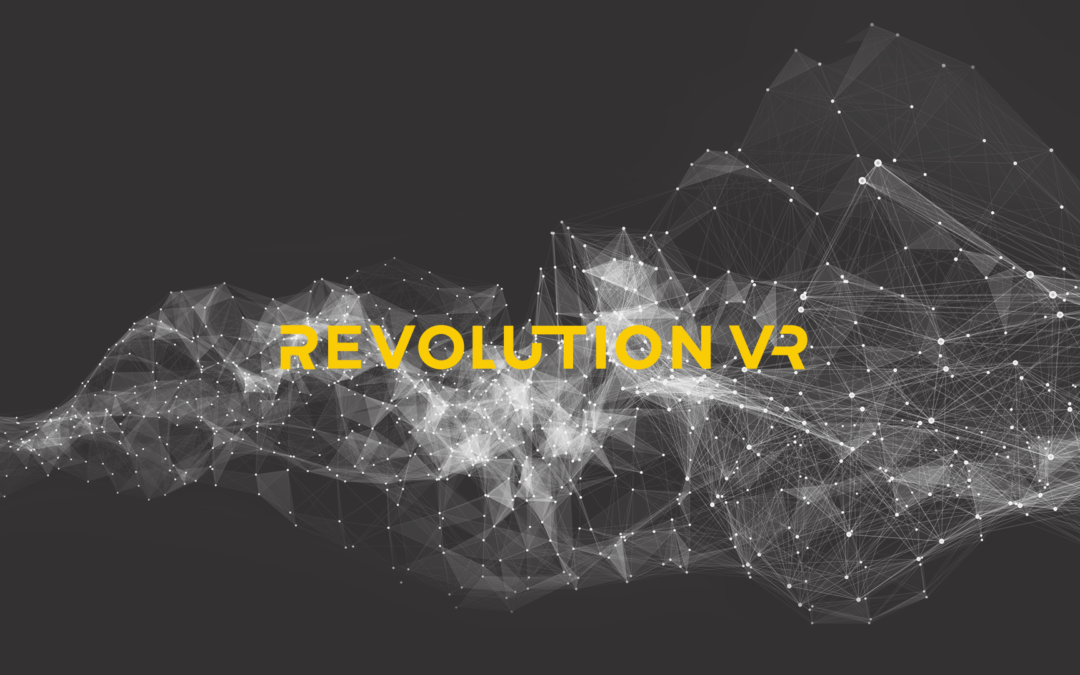 RevolutionVR was previously known as Voxelus, with their crypto coin the Voxel. To signal their expanded scope, they decided to rebrand to RevolutionVR with the RVR coin. RevolutionVR runs its own blockchain and its mission is to bring VR gaming to the masses while developing cryptocurrency-powered VR games.

In addition to their largely unnoticed rebranding, RVR recently announced their cooperation with the blockchain start-up Videocoin, which focuses on encoding, storing, and distributing videos via the blockchain. The two projects will work closely together to strengthen their use of blockchain technology with a special focus on cloud computing.

After the rebranding, RevolutionVR announced that it would also start investing in R&D related to cloud gaming. This is a highly important aspect of VR applications, as currently  a lot of existing hardware which allows for VR is coping with the high demands of rendering VR content. VR content requires more advanced technology than most consumers can afford, but without it the VR experience becomes laggy and unsatisfactory. Through cloud rendering, every household will be able to experience VR as it was meant to be – smooth and immersive.

RevolutionVR concentrates on a large variety of VR applications. Even though the company has changed their name, the Voxelus platform still exists. This platform is RevolutionVR’s world builder and VR marketplace. Without any line of code, people are able to design virtual worlds and environments which can be enjoyed by other users.

Additionally, the company has been working on a VR battle royale game named Xtraction Royale, with which it combines the popular last-man-standing engine, or battle royale game format, with VR experiences. The game is expected to be finalized early 2019. Although the concrete steps are still quite vague, RevolutionVR has also indicated it will start creating educational VR software, with a beta test about to launch in Argentina. 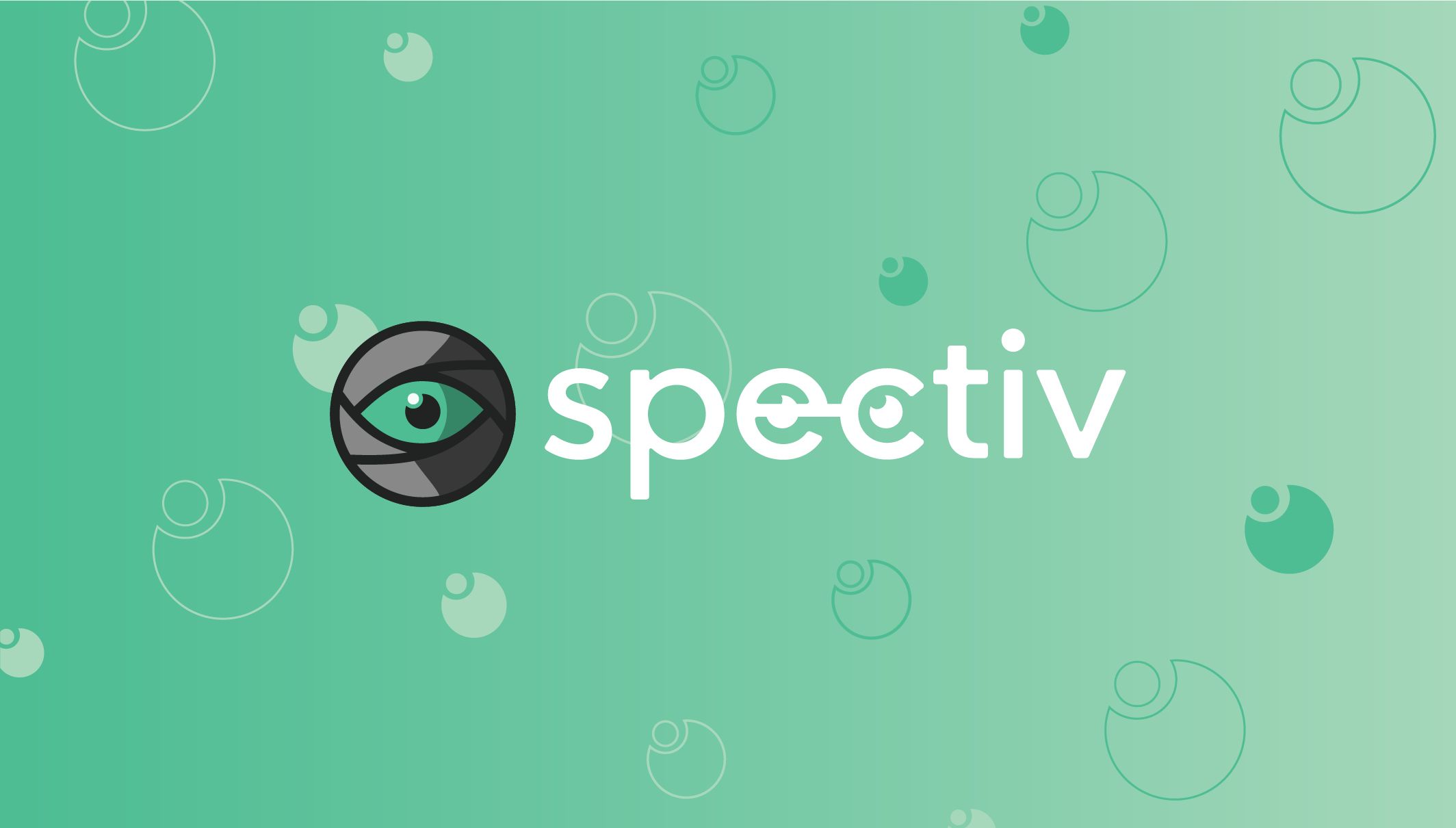 This VR-oriented company focuses on directly linking VR advertisers and VR users. Spectiv’s vision is that advertisers should pay viewers of their ads directly, instead of paying third-party platforms such as YouTube or Facebook. Through this mechanism, advertisers pay less and directly to the parties engaging with their ads, content creators receive more for allowing advertisements, and viewers receive micro-transactions for viewing and sharing ads.

This novel advertisement model works with ad campaign smart contracts, which allows for the automation of the above-mentioned payments. The idea is that advertisers and content creators are matched up based on the preference of the content creators. They choose ads that they want to link to their content, enter into a smart contract with the advertising party, and get paid for the number and length of views of the advertisements. This whole model uses Spectiv’s native currency, the SIG token, for the payments.

There are three types of VR content that Spectiv will be integrating in their model. The first type is premium-seat VR streams of live events such as sport events and concerts. Secondly, Spectiv will create unique, cutting-edge VR content in collaboration with its future production partners and better-known companies. The most interesting content Spectiv wants to facilitate is its community-driven content. These are VR experiences created and streamed by Spectiv users, and spectators will be able to join these creators on their adventures. 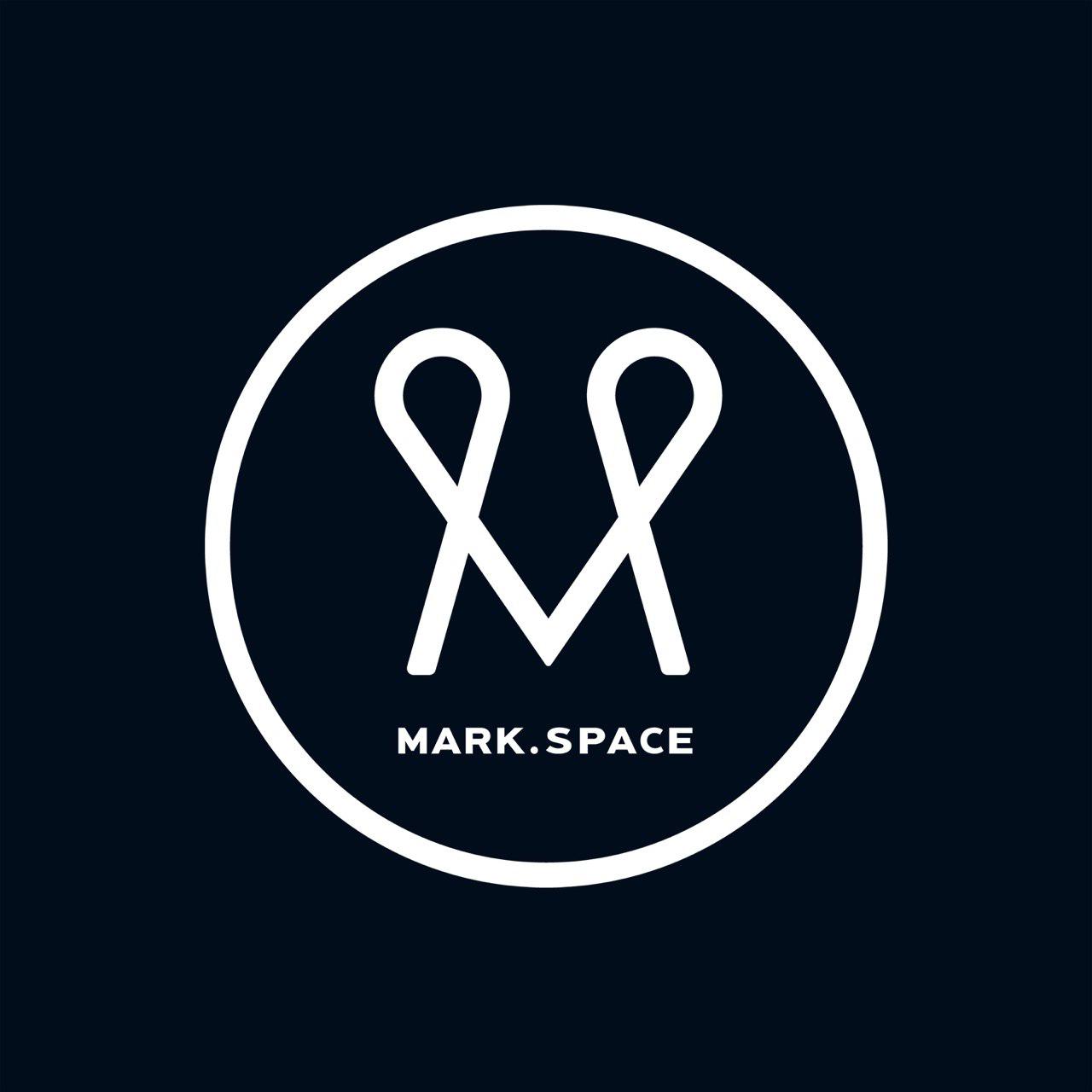 This highly ambitious project wants to completely change how we engage with websites. Instead of visiting simple, 2D pages, Mark.space allows website owners to create a fully 3D environment through which visitors can move themselves and engage with the content of this environment. Websites created through the Mark.space platform will be fully VR compatible, but the 3D spaces can also be visited through any computer or augmented-reality device, and will be available for every browser.

Other than websites, the Mark.space platform will also work to change how we engage with companies’ online stores. Instead of scrolling through images of items for sale, consumers will be able to visit stores and see items for sale in 3D. This is, for example, great for cars, clothes, art, and much more. But you could also visit the head offices of companies, admire architectural designs, or hang out in spaces dedicated to your passions.

Blockchain technology is used for the virtual estate registry. The ownership of property within the Mark.space realm is accounted for on the blockchain. When an owner desires to sell, or even lease, their virtual estate, they can do this through the use of smart contracts created by the Mark.space company.

Furthermore, blockchain technology will also fuel the advertising engine and provide distributed rendering solutions. The financial model of the Mark.space platform is based on its MRK token.

As the ambitions of these projects indicate, combining VR and blockchain can provide products and services that were not possible before. By combining the computing and graphic power of the entire network of a VR blockchain, cloud computing technology can make the rendering of massive digital worlds possible for anyone.

Moreover, the distributed ledgers made possible by blockchains can tackle a lot of VR copyright and ownership issues before they even occur. User-generated content is immediately stored on a blockchain, making the rightful owner of VR designs and content indisputable.

The above mentioned projects make intelligent use of blockchain technology in their effort to create amazing new VR applications. They are at the forefront of combining the two technologies and if they are able to successfully do so, they could be the frontrunners in providing the backbone for VR through blockchain technology. The two technologies fit together well and these projects could open the eyes of major players in the VR industry about how the future of VR will look like.