Ecosystem development funds have become one of the latest market-moving trends in the crypto sector and protocols with large treasuries have discovered that reward and incentive programs are one of the best ways to attract new users and protocols to a project.

One protocol that has recently seen its token price rally following the release of an ecosystem development grant is Harmony (ONE), a blockchain protocol focused on improving scalability between networks. The project uses cross-sharded contracts and a cross-chain infrastructure between multiple blockchains including Bitcoin (BTC), Ethereum (ETH), Polkadot (DOT) and the Binance Smart Chain (BSC). 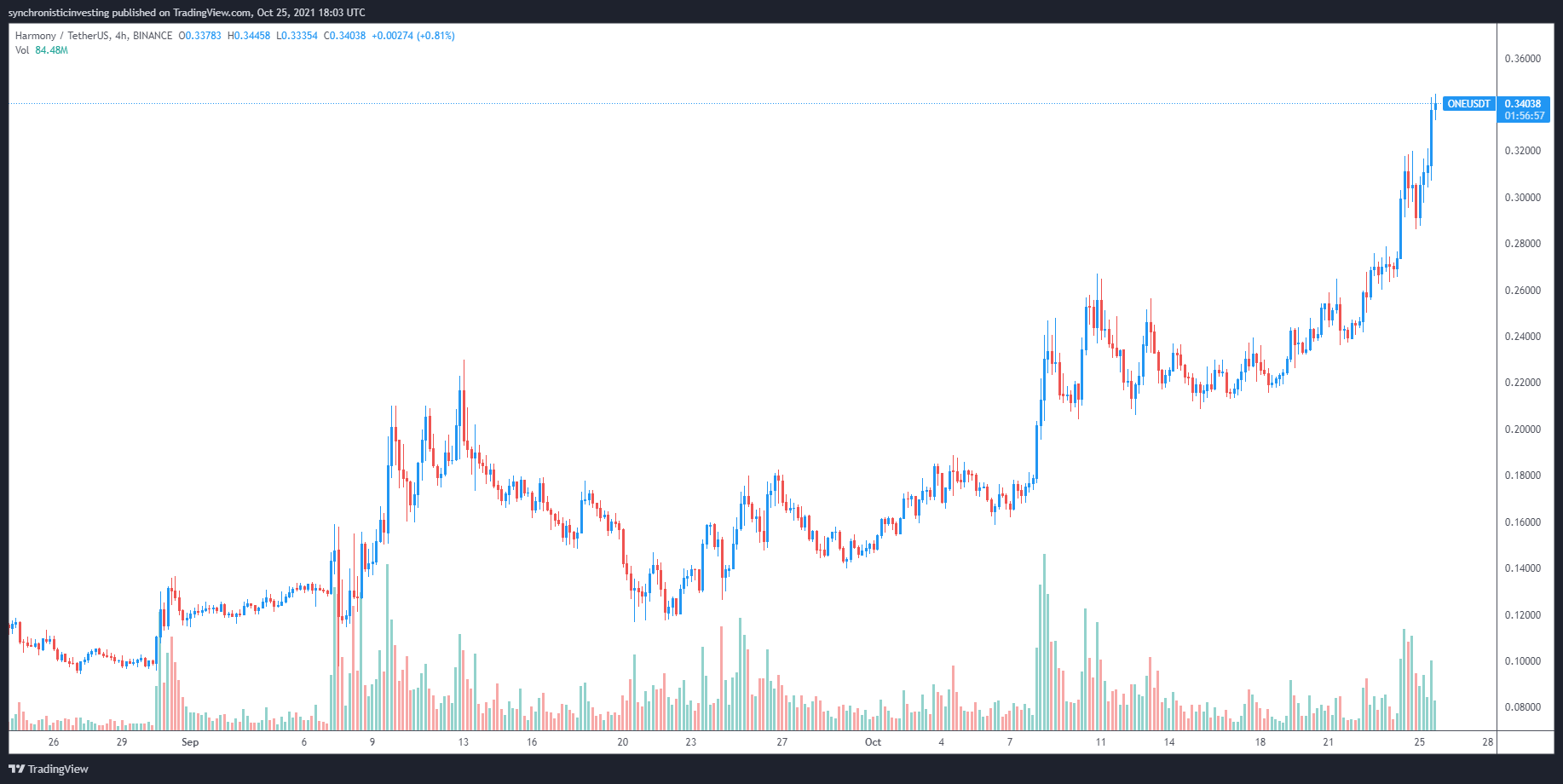 Three reasons for the increasing price of ONE include the launch of a $370 million ecosystem development fund, the successful completion of the Harmony One World conference in Lisbon and the launch of many big-name protocols on the Harmony network.

Harmony announced a $300 million ecosystem development fund on Sept. 9 and this appears to have been the driving force behind the rally seen in ONE over the past two months.

The stated goal of the program is to “fund 10,000 more crypto founders, builders and creatives” to help strengthen and expand the Harmony ecosystem.

Most recently, the project released a timeline for the year ahead which outlines how it plans to spend $180 million from Q4 2021 through Q3 2022 to help fund 100 decentralized autonomous organizations (DAOs), 1,000 bounties, 10 partners, 100 grants, 500 launches, 50 investments and 10 hackathons.

Evidence that the fund is serious with its goal was recently displayed after the protocol awarded 10 new grant recipients during its “ONE World” conference in Lisbon. 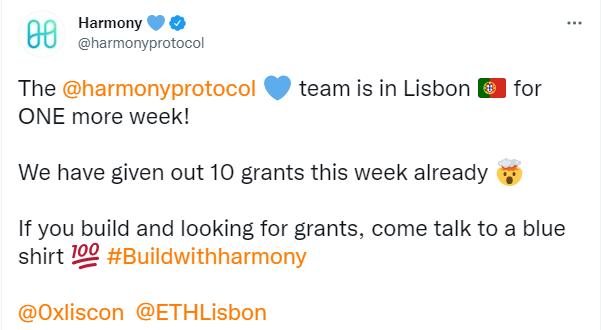 ONE World Conference attracts a crowd

Another reason for the recent strength from ONE is its ongoing ONE World conference in Lisbon which is helping to educate the public about the capabilities of the Harmony network and attract new developers to build in the ecosystem.

The event was held on Oct. 18 and coincided with the beginning of a price rally for ONE which increased from $0.22 to a new all-time high on Oct. 25.

ONE World was scheduled to line up with LISCON 2021, an Ethereum-focused conference that was also held in Lisbon and showcased protocols which are interoperable with Ethereum and other blockchains.

A third reason for the momentum seen in ONE has been a series of partnerships, including integrations with DeFi platforms like AAVE and Curve.

The addition of two of the most widely used DeFi applications in the cryptocurrency ecosystem has helped increase the reach and userbase of the Harmony blockchain, which offers much lower transaction fees for users of the popular protocols.

Other recent integrations include the launch of the WePiggy lending protocol and the listing of a ONE/USDC pair on Crypto.com.

VORTECS(TM) data from Cointelegraph Markets Pro began to detect a bullish outlook for ONE on Sept. 29, prior to the recent price rise. 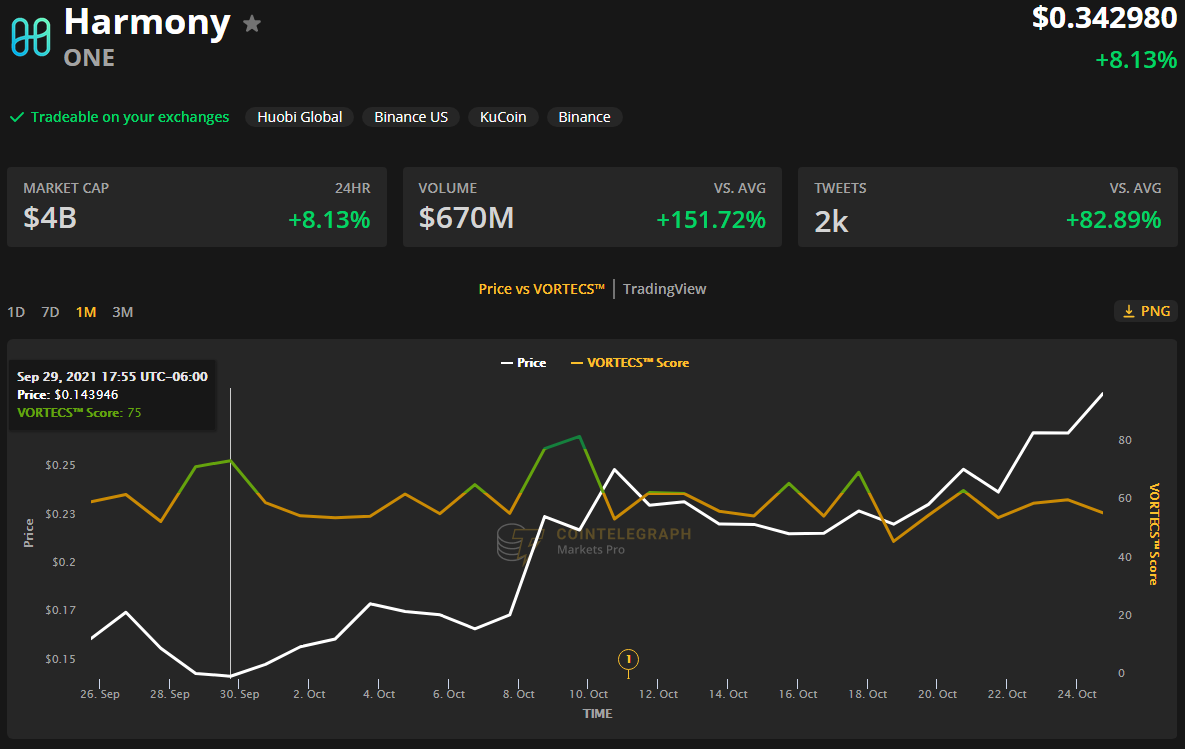 As seen in the chart above, the VORTECS(TM) Score for ONE elevated into the green zone and reached a high at 75 on Sept. 29, around twelve hours before the price began to increase by 147% over the next month.