Home » Ethereum » Will Ethereum be able to keep pace with Bitcoin’s rally?

Will Ethereum be able to keep pace with Bitcoin’s rally?

Following Bitcoin’s price rally, all eyes are now on Ethereum. The altcoin is only second to Bitcoin in its market capitalization and it has been in the spotlight for a long time this year owing to developments around ETH 2.0. The latest edition of the Bad Crypto Podcast discussed the “Building of a Better Ethereum” with Ben Jorgensen of the Lattice Network.

Ethereum’s issues are more deep-rooted than what meets the eye. Traders hear Vitalik Buterin, founder of ETH, talk about solving the problem of scalability and high network fees with ETH 2.0 and soon, they hope, and the market responds with enthusiasm. However, if the bigger picture is looked at, there is a lot to take in.

Ethereum has issues, a lot of them. Its adoption and circulation have earned it a coveted spot as the world’s #2 cryptocurrency and #1 altcoin based on market capitalization. However, its real-world adoption may not have hit the anticipated mark. In fact, several altcoin projects that solve ETH’s issues have emerged more recently, most in the wake of the long wait for ETH 2.0’s launch. Of the popular ones, Chainlink and Polkadot have enjoyed mainstream adoption of late.

Ethereum aimed to equip developers in a way that they might build real-world applications on the blockchain, the keyword being decentralized. However, Chainlink claims to do just that, without the issues. In fact, it has emerged as a popular choice among developers for building oracle networks that connect their offline data to smart contracts, all of which is both accessible and secure.

If Ethereum had set out to bridge the gap between the world of blockchain and the offline world, many in the community claim that Chainlink may have done it faster and better. Smaller in size, but considerable competition for ETH also comes from one other project – Polkadot. Allowing arbitrary data to be transferred across the blockchain makes it a powerful network protocol, and a competitor.

Since Bitcoin’s price rally gained momentum, these altcoins – Chainlink and Polkadot – have gained by 14.74% and 8.33% in 7 days, respectively. Ethereum’s price was up by over 8% over the same period. Further, Open Interest on derivatives exchanges rose by 13% in just 3 days after Bitcoin crossed the $13k-level. 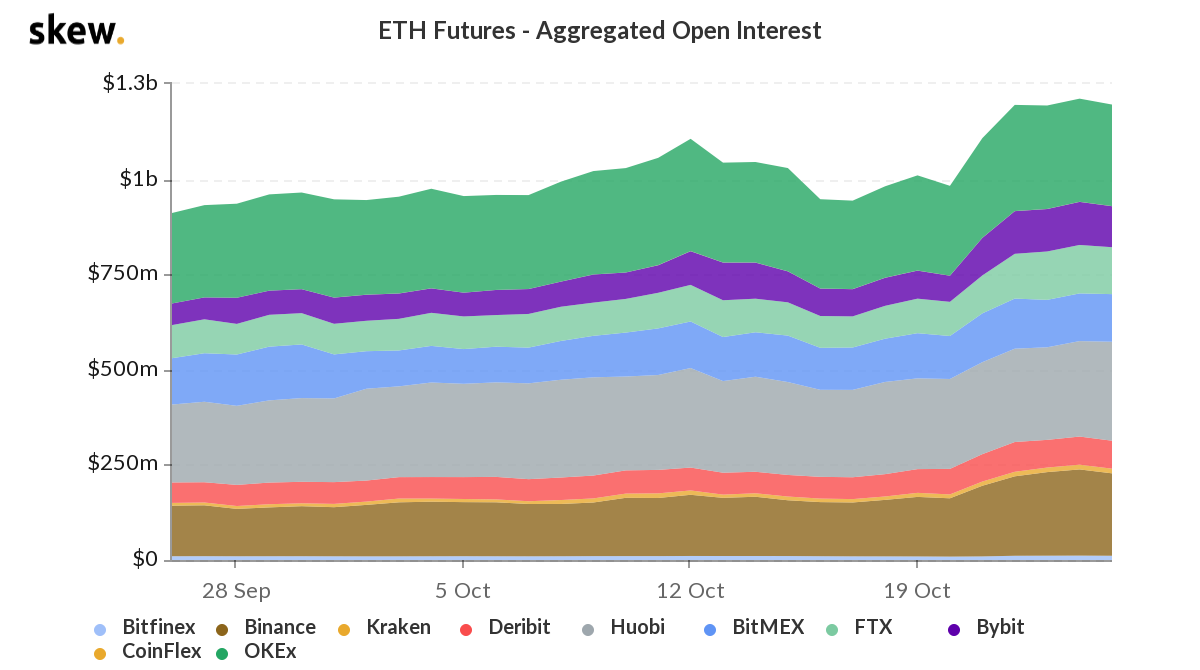 In the long run, however, ETH may not be able to keep pace with BTC’s price rally. This may reflect directly on derivatives exchanges in Futures markets. Over the past 1 week, there were $766k buy liquidations against $1.1 million on the sell-side. With increasing Open Interest, liquidations may go up as well. Traders who are long on ETH may be surprised by what happens next as competitors like LINK and DOT make a place for themselves in traders’ portfolios in a crowded altcoin market. 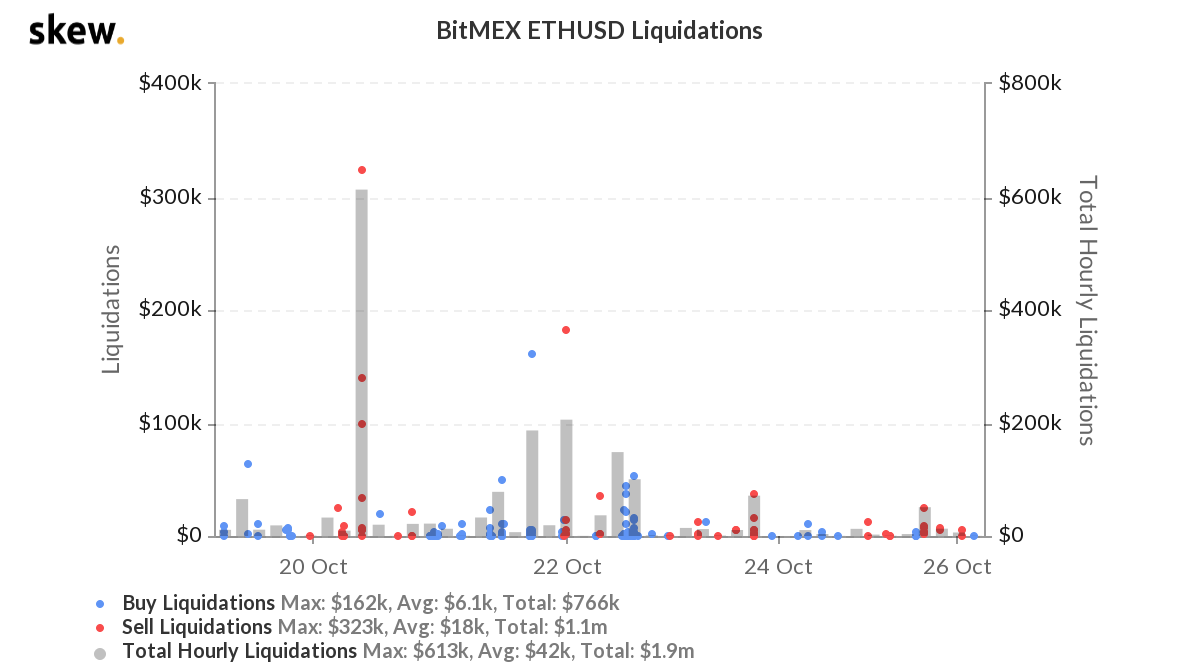 Consider this – Over the past 7 days, sell liquidations were 70% higher than buy liquidations, based on data from Skew. In the long-term, both sides may see higher liquidations, unless traders see the pending issues with ETH 2.0’s launch resolved. Until then, Ethereum’s fellow alts will continue to carve a niche for themselves in a crowded market.