Home » Ethereum » Is Ethereum back to being Ethereum?

Is Ethereum back to being Ethereum?

Ethereum has been the market’s most important altcoin over the years, with the cryptocurrency continuing to be closely correlated to Bitcoin. In fact, Ethereum was one of the year’s better performers on the back of the DeFi boom earlier this year. However, contrary to expectations, ETH’s value seemed to be back on track at press time, despite the DeFi hype subsiding. In fact, since the beginning of the new quarter, ETH’s price has appreciated by 8.49%, following a little hiccup in the beginning.

While ETH’s price has mirrored Bitcoin’s trend, its transaction fees seemed to be taking a different route. According to data collected by Glassnode, ETH transaction fees dropped by 82% on 4 October. Since then, the fees have continued to plummet, with the current average gas price being 75.08 Gwei, according to Etherscan. 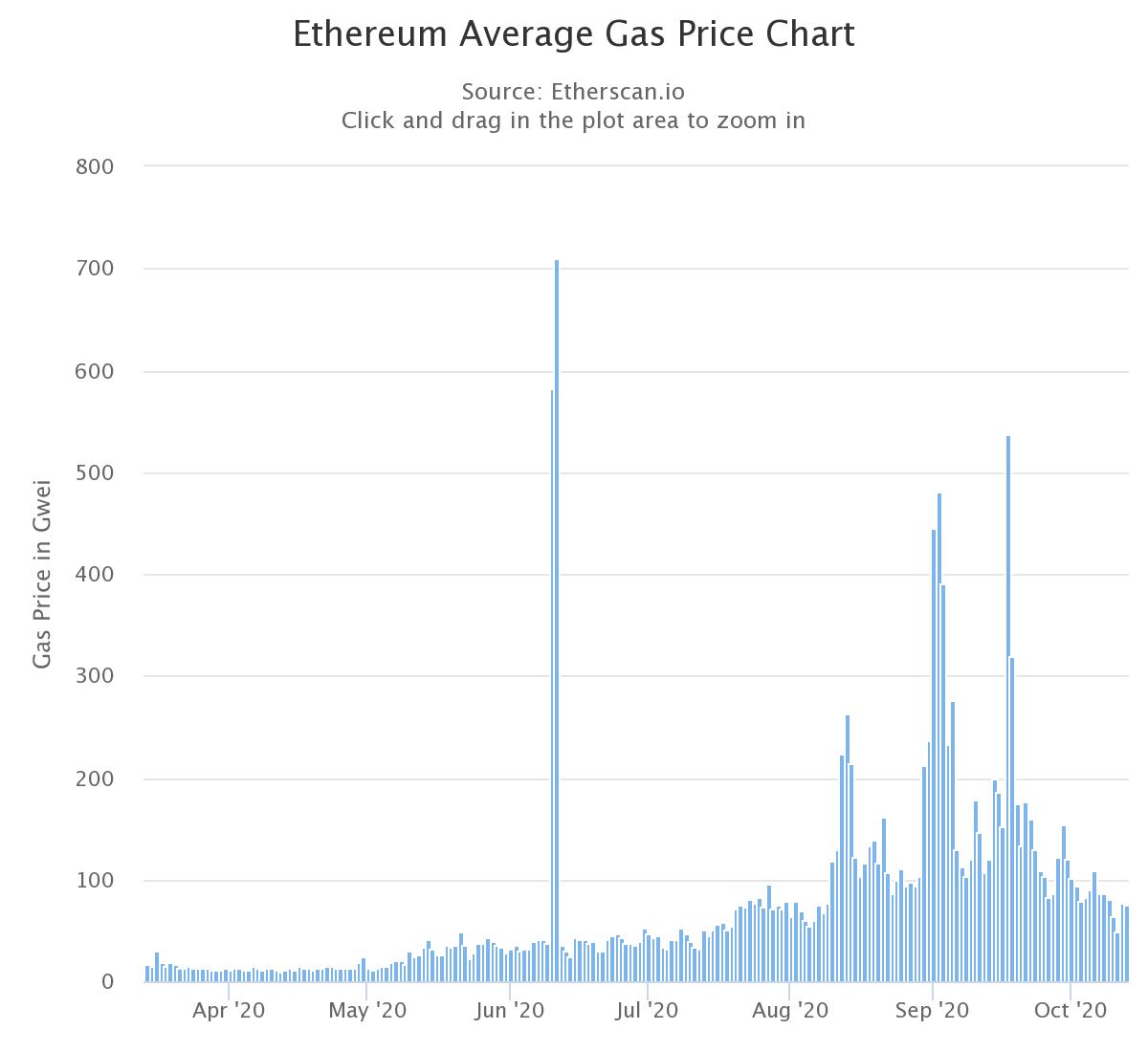 On the contrary, Bitcoin transaction fees have only climbed higher, growing by 15.2% week-over-week. In fact, Glassnode noted that the average was about $1 million per day.

The significant changes in fee structure have impacted the total earnings for miners in both camps. For instance, ETH miners who managed to rake in 42,763 ETH [$14.97 million] in fees at the peak, were earning 5,898 ETH [$2.06 million] in fees as of 4 October, with the figures falling even more so since. However, with the ETH hashrate hitting an ATH of 254.36 TH/s on 6 October, ETH miners became more profitable than Bitcoin miners.

In fact, the hashrate at the ATH was 80% higher than the same at the beginning of the year, with the interest in DeFi having once again played a major role in pushing the hashrate higher. Consider this – F2Pool calculated the mining profitability by ascertaining the current revenue [block rewards + Transaction fees] and deducted the cost of power.

According to its data, BTC Antminer S19 Pro miners can earn $8.55 in profits over 24 hours, while ETH miners using GTX TitanV 8 cards can expect $18.19 over the same period — making it 112% more profitable right now.

Thus, it appeared that ETH and BTC have switched places, with the ETH market looking poised for a rally in the market with strong fundamentals.