Home » Ethereum » Get ready, an Ethereum sell-off may be on its way

Get ready, an Ethereum sell-off may be on its way

Ethereum’s price had sustained itself above the $320-level for a period of over 6 weeks. However, it dropped below $320 on 6 September, following which, a massive recovery effort saw ETH climb to $386 within a week. While a profit of 20.25% can be noted over the past week, ETH was still recording losses of over 19.75% since the start of the month, at the time of writing.

Despite recent efforts at recovery, however, a sell-off may be looming for Ethereum, a prediction evidenced by the following factors. 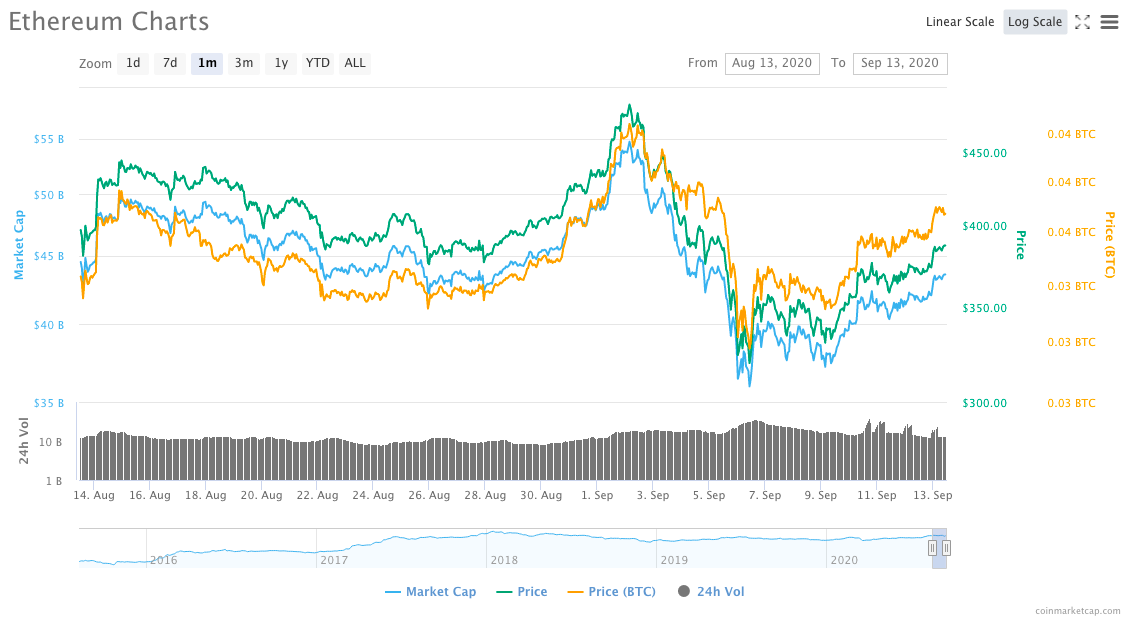 Consider this – Ethereum’s recent price action has been influenced by a multitude of factors like the Sushiswap incident, ETH 2.0 release, and the increase in ETH in circulation on spot exchanges. And while DeFi is recovering from Sushiswap, the value unlocked has not been recovered completely, something that may take several months unless new and promising DeFi projects start to hit that level again. 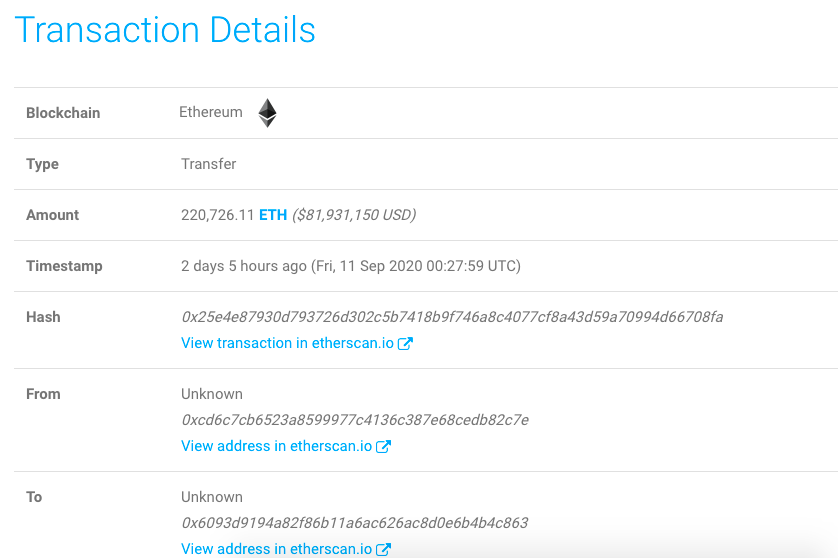 That’s not all. In fact, Liquid Ethereum experienced its largest one-week increase in over a year, with the figures for the same rising by 804.69K to a total of 23.22M, as of 13 September 2020. This newly liquid Ethereum has flooded spot exchanges and one can argue that the demand on these exchanges is not enough to absorb this supply. 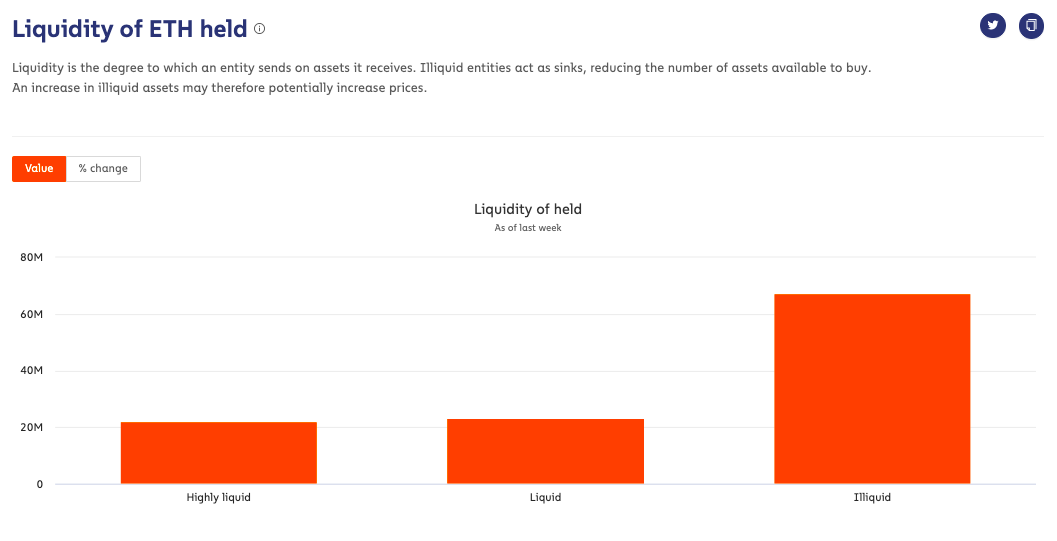 In addition to this increase in supply, the number of wallets holding 1k+ ETH has also hit a two-year low.

Right now, the number of wallets holding greater than 1k Ethereum is 7,421. If this drops further, this will directly contribute to supply on spot exchanges and Ethereum’s price may plummet further in the following weeks. Interestingly, the current sell-off had been predicted by several crypto-analysts like @SmartContracter on Twitter. 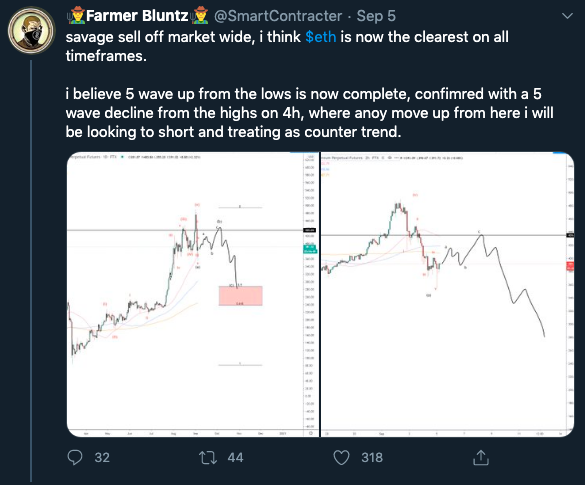 On 5 September, the aforementioned analyst had predicted a savage sell-off in Ethereum and confirmed that the price will continue to plummet while going on to say that he was preparing to short the altcoin. In fact, on 10 September 2020, when the price hit $376, he suggested that Bitcoin would follow Ethereum, claiming that it hasn’t hit the bottom yet.

All these factors considered, there is good evidence to suggest that a sell-off may be looming ahead.