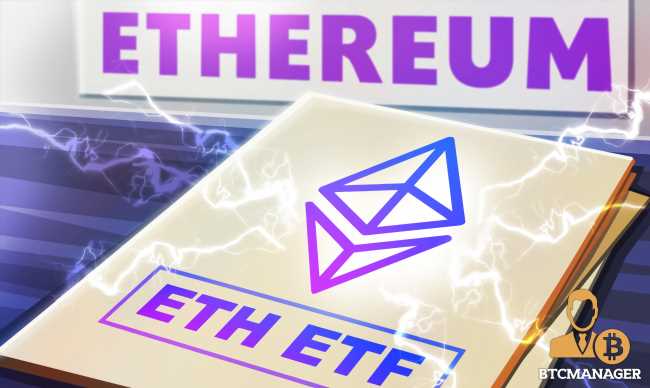 QR Capital announced the news in a tweet thread on Tuesday (July 13, 2021). According to the company, the product will trade on the São Paulo stock exchange B3, under the ticker QETH11.

The new product enables institutional investors to gain exposure to the second-largest crypto by market capitalization in a safe and regulated manner. Also, the Ether ETF will follow the CME CF ether rate to track the performance ether, which is the same used by the Chicago Mercantile Exchange Group.

An excerpt from the announcement when translated reads:

“Expanding the horizon of diversification, QETH11 becomes a simple, safe and regulated option for any investor to gain direct exposure to Ethereum through their preferred brokerage. Without worrying about registrations in exchanges, wallets or private keys.”

QR noted that B3 will be the first stock exchange in Latin America to list a 100% Ethereum ETF. The QETH11 will utilize the “secure institutional custody” of the U.S. cryptocurrency exchange Gemini.

As reported by BTCManager in March, the CVM gave the go-ahead to Latin America first Bitcoin ETF application also by QR Asset Management. The latest development signals an increasing demand for cryptocurrency assets in Brazil

The U.S. Continues to Lag Behind

Meanwhile, the United States Securities and Exchange Commission (SEC) is yet to decide on any Bitcoin ETF application filed by different companies. The U.S. regulator is known the either delay its decision or reject an application.

One of the many companies who have indicated intentions to launch a Bitcoin ETF, VanEck saw their proposal postponed by the SEC back in April. In June, the securities watchdog delayed its decision for the second time, stating that it would seek more opinions from interested parties regarding the rule change.

Van Eck, however, implored the SEC to approve a Bitcoin ETF, as investors’ demand continues to grow.