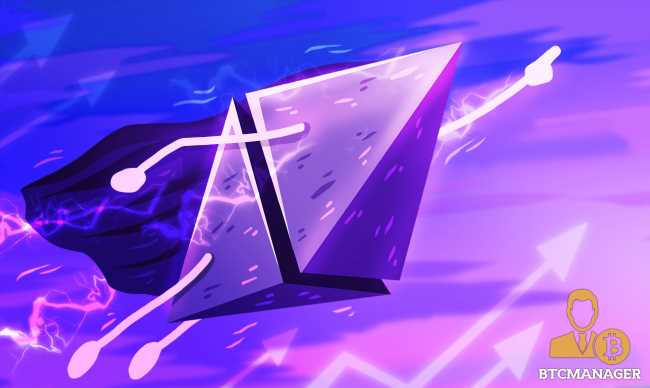 Ethereum, the second-largest cryptocurrency by market cap, has already jumped over 400% in 2021. The top altcoin started the year with a price of just $1,200 but managed to climb to new lifetime highs of $4,360 by early May.

That parabolic rally saw ETH eclipse its more famous competitor BTC and confirmed that the perennial second-place crypto was back to early year hype levels.

Some experts argue that the “flippening“, the moment when ETH finally overtakes BTC by market cap, could happen in the next couple of years. Most crypto proponents point to the upgrades coming down the pipe for the Ethereum network as a reason to be bullish on the ETH price.

Moreover, the token is the heartbeat of the booming NFT market, which raked in a staggering $2.5B in sales during the first half of 2021.

Despite the recent flash crash that shocked the market on El Salvador’s bitcoin day, analysts are adamant that ETH remains vastly undervalued.

Besides, the much-awaited ETH 2.0 upgrade, which will transform the blockchain into green technology, is ongoing. That update, which hit a significant milestone with the rollout of EIP-1559, will increase transaction capabilities and cut gas fees, bolstering the prospects of Ether.

What Analysts Predicted on the ETH Price in the Past

As DeFi and NFT projects continue to dominate investor interest, numerous market experts have been setting sky-high targets for the price of Ether.

According to a Finder panel consisting of 42 fintech specialists, the average forecast for the price of ETH is likely to be at $4,596 by year’s end. The data and analysis firm based in Sydney convened the panel of crypto experts in July of 2021 for its Ethereum Price Predictions Report.

Most panelists predicted that ETH is on track to surpass the $5K mark by the end of 2021. They cited bullish events such as increased institutional investment in the network and upcoming upgrades that could make Ether a deflationary asset.

Another panel consisting of 35 academics and market experts gave their predictions in May, shortly after ETH hit a new all-time high. The analysts placed the ETH price at $4,512 by the end of the year. That target is just $200 shy of the current peak of about $4,300.

Interestingly, the same panel had given a much lower end-of-year prediction for 2020. The current forecast has risen 233% from the previous one, indicating that analysts are expressing more optimism on the short-term value of ETH.

When asked whether now was a good time to buy ETH, most panellists responded that the coin remains a good buying opportunity despite soaring 20-fold over the last year.

The ETH price is currently hovering around the $3,500 zone. The current price action places ETH on track for fresh highs above $4,500, just as the analysts mentioned above predicted.

Megan Kaspar, the co-founder of crypto investment firm Magnetic, has perhaps been the most historically correct analyst on future ETH prices.

At the beginning of 2021, when ETH was worth just over $1,200, the analyst boldly forecasted that the price would skyrocket to the mid-$3K range in a few months. At the time, she lamented that potential investors were overlooking ETH.

Kaspar was proven right five months later when the ETH price crossed the $3,500 mark in May. The investment strategist had predicted that ETH was destined for greater heights, citing the underlying blockchain’s shift to the more efficient Proof of Stake (PoS) model.

The Magnetic co-founder recently revised her earlier prediction on Yahoo Finance Live, claiming that the ETH price could soon hit $8K to $10K. She reiterated the move by Ethereum to adopt PoS would have a massive impact on the network’s energy efficiency, likely propelling Ether to a trillion-dollar market cap.

Kaspar’s price target matches predictions from Fundstrat analysts, who earlier argued that ETH could rally to highs of $10,500 this year. Fundstrat Global Advisors based their sky-high price target on mounting activity on the Ethereum network driven by the exploding decentralized finance (DeFi) economy.

“We continue to believe Ethereum fundamentals are incredibly strong and think [ethereum] represents the best risk/reward investment play in crypto,” the analysts noted.

Most ETH Price Predictions Have Been Spot On!

Despite enduring a severe correction recently, the ETH price has enjoyed a succession of record-highs throughout April and May.

Therefore, previous price forecasts placing the valuation of ETH close to $5K in the coming months aren’t too far-fetched. Predictions that the famous coin could beat its all-time high are even more realistic given the exciting upgrades being rolled out by the network.

According to market experts, Ethereum boasts greater utility than the Bitcoin network, a factor that could see its native coin roar into uncharted territory.

In conclusion, Ether is likely to keep growing its market share as more and more DeFi, and NFT projects enter the market. Justin Hartzman, the CEO of CoinSmart, predicts that ETH will ultimately become more widely transacted than bitcoin, which is more of a store of value.