Barry Bannister, who called the stock market’s late-2018 swoon, on Wednesday raised his price target for the S&P 500 modestly above its current level and argued that cyclical stocks are poised to outperform the broader market after taking a hit from fears surrounding the spread of COVID-19 in China and beyond.

“We see stimulus flowing through the system and a near-term peak in virus cases that combine to lift global GDP-dependent S&P cyclicals along with a broad dollar pullback and steeper yield curve,” Bannister wrote.

The call, however, incorporates uncertainty around COVID-19, the disease caused by a new strain of coronavirus that emerged in Wuhan, China, in late 2019 and has resulted in tens of thousands of infections in mainland China and a death toll of more than 1,000, prompting an extended shutdown of factories and other facilities in the world’s second-largest economy.

Bannister said that in a “no-recession scenario,” he would expect to see the S&P 500 rise to 3,800 in 2020. But “probability-weighted recession risk” reduces the upside to the target level of 3,450, he said.

How did Bannister get there? He draws a parallel with the late 1990s, citing easy financial conditions, which could lift the S&P 500 price-to-earnings ratio to a “bubbly 23” times, which works out to an S&P 500 level of 3,800 based on Stifel’s below-consensus expectation for the index to produce 2020 earnings per share of $165.81. 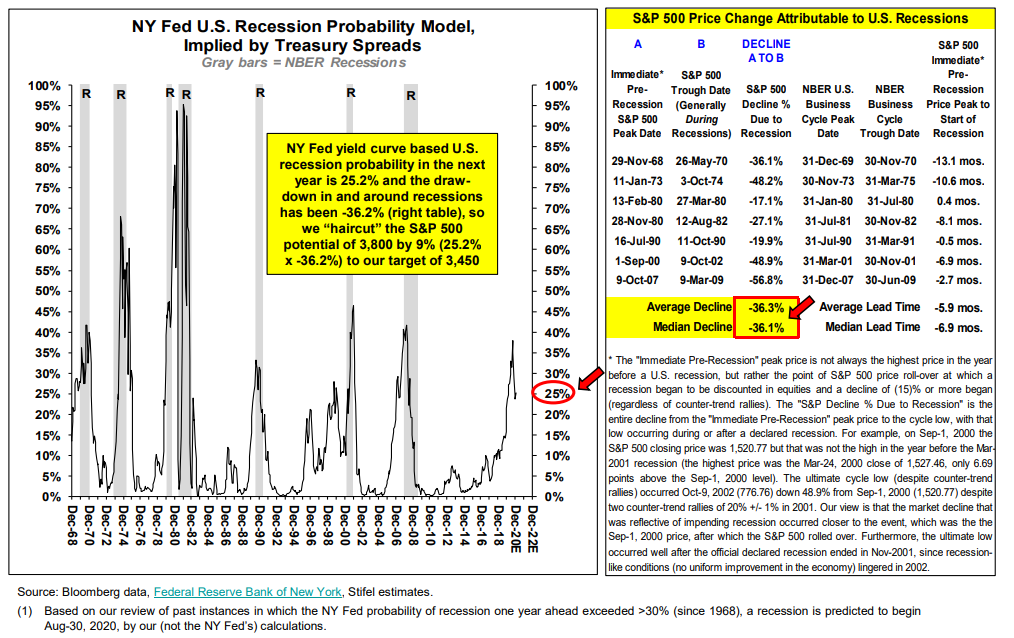 What about cyclicals? Bannister had called for the stocks most sensitive to the economic cycle to outperform when he previously lifted his target in November, but they were cut short in the January pullback that accompanied rising worries over the economic impact of the spreading viral outbreak.

He expects cyclicals to reassert their leadership if, as he expects, the virus outbreak soon peaks and a recession is averted, with Stifel’s basket of 25 equal-weighted, large-cap “recovery stocks” within the technology, financial, energy, industrials and materials sectors.