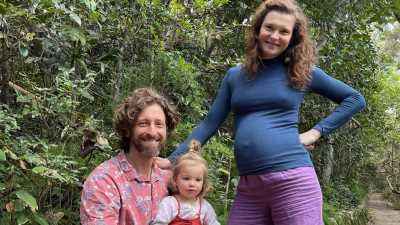 Nick Vinciullo could not have disconnected the gas supply to his home at a better time.

The 36-year-old carpenter replaced his gas-fired hot water system with electric heat pumps about three weeks ago – the final step in the electrification of his four-bedroom home in Melbourne’s Heidelberg.

Since then, Victoria’s winter chill has set in – and gas prices are soaring. 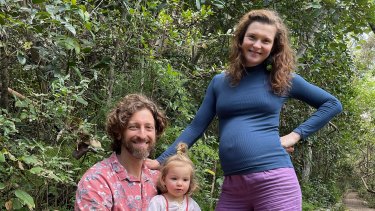 “It just made sense, from a cost perspective,” Vinciullo says.

Over the past 18 months, he has spent about $5000 replacing the gas stove-top, oven and heaters with electric alternatives.

“During the past couple of weeks of freezing cold weather, my power bill was $30 for two weeks,” he says. “We had the reverse cycle unit in my daughters’ bedroom on 24 hours a day.”

Just the other day, I met an Uber driver who had rented an electric vehicle for his shift. Why? High petrol prices had forced him to seek alternatives.

A “perfect storm” of coal-fired power station outages and Russian oil and gas sanctions has meant Australians are settling in for a sustained period of higher household energy bills.

The new federal government is focusing on the long term by promising an overhaul of electricity transmission lines, to allow cheap renewables to be brought online.

In the short term, “demand destruction” is prompting homeowners to take matters into their own hands. However, with electricity prices on the rise too, is disconnecting gas actually cheaper?

Consulting firm Renew has crunched the numbers exclusively for Clean Capital to find out – and it turns out the answer is a resounding “yes”.

Using power deals offered by major retailers, as of June 4, Renew found converting household power to all-electric could reduce annual energy costs by up to 76 per cent.

In a 200-square-metre detached home, it found those built with solar panels, efficient appliances and no gas connections paid an average of $576.90 a year – compared to $2436.65 for a gas-connected house with no solar and an average number of appliances. That’s an extra $1859.75 in your bank account each year.

Drilling down to individual appliances, Renew found gas heaters are emerging as the most expensive option. In this equation, insulation is a key factor to retain heat.

The researchers found households are paying, on average, $390.50 a month to run a gas heater, compared to $299.51 for split-cycle airconditioners in homes without insulation and $183.74 for those with good insulation.

As cost of living pressures mount, Renew’s sustainable housing advocate Rob McLeod says now is the time to make the switch, especially if your appliances are nearing the end of their life.

A coalition of at least 13 Victorian councils are preparing a campaign to put pressure on the Victorian government to amend planning laws to remove gas mandates for new developments, and give councils the power to ban the use of gas in new homes. This follows moves by the ACT, which has changed regulations to allow for all-electric suburbs to be built– and mirrors international efforts to curb global warming by cutting residential gas use, with Los Angeles banning gas stoves this month.

Vinciullo says it might take time for some people to adjust to cooking without gas, but learning to use induction and buying the new tools is simpler and cheaper than many would believe.

With another baby on the way, Vinciullo says safety for his children and climate-change action were motivations for electrifying his home. The cash savings were just a bonus.

“It seems silly to be locking people into gas prices which are so vulnerable to international events,” Vinciullo says. “In a few years time, we will be looking back on people cooking with gas like we do with gas lamps in their living rooms.“