Home » Economy » This Is the State With the Most Hate Groups 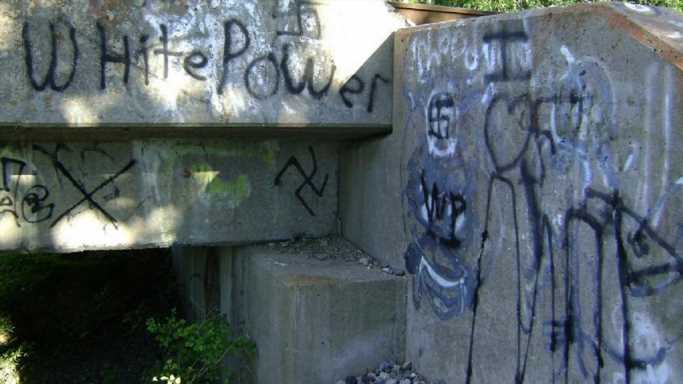 This Is the State With the Most Hate Groups

The Southern Poverty Law Center releases data each year on hate groups across America. The 2020 figure was 838. One of the factors in the analysis is that hate groups are divided into groups that range from neo-Nazis to racist skinheads to antimigrant groups. The study also shows where the groups are located based on years of observation.

What is a hate group according to the study? The study included this definition:

The Southern Poverty Law Center defines a hate group as an organization or collection of individuals that – based on its official statements or principles, the statements of its leaders, or its activities – has beliefs or practices that attack or malign an entire class of people, typically for their immutable characteristics.

The study also shows the number of hate groups in America peaked in 2018, at 1,020 such organizations.

Though the number of hate groups has decreased in the past few years, these groups have become scattered and difficult to track as they communicate online through encrypted platforms. There are many other people who harbor white nationalist, anti-Semitic, anti-Muslim, neo-Nazi, anti-LGBTQ and other extremist views and who are not official members of any specific hate group.

States with outsized shares of hate groups tend to have several characteristics in common. Most of these states are not very racially diverse and are home to higher shares of residents identifying as white alone and to lower shares of foreign-born residents than the comparable national averages. States with high concentrations of hate groups also tend to have low median household incomes and high poverty rates.

The state with the most hate groups is Montana. Here are the details:

Montana is one of the least diverse states in the country, with 85.8% of residents identifying as white alone, the fifth-highest share in the country. It also has the third-lowest share of foreign-born residents among states, at 2.3%. Nationwide, 13.7% of U.S. residents were born outside the country.

To determine the state with the most hate groups, 24/7 Wall St. reviewed data from the nonprofit advocacy group Southern Poverty Law Center. We ranked states based on the number of active hate groups in 2020 per million state residents.

Click here to see all the states with the most hate groups.