Home » Economy » This Is the Most Powerful Earthquake Ever Recorded 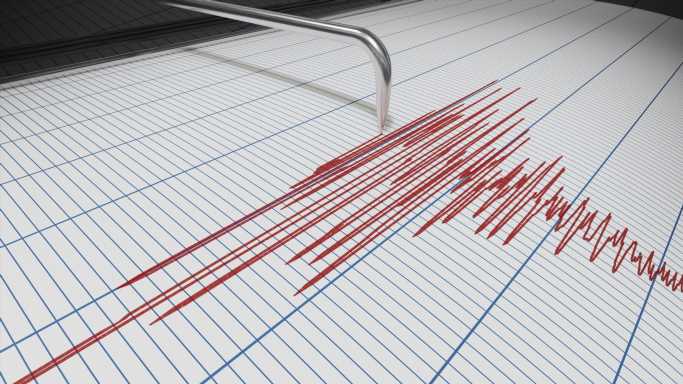 This Is the Most Powerful Earthquake Ever Recorded

Like massive floods, the largest hurricanes and wildfires that burn for weeks and ruin hundreds of square miles, earthquakes can cause tremendous disasters. Some have killed hundreds of thousands of people. The most recent of these hit Haiti in 2010 and resulted in over 200,000 deaths. Parts of the country have yet to be rebuilt.

To some extent, earthquakes can be forecast. Scientists are particularly concerned about one they believe almost certainly will hit the westernmost parts of America, down almost the entire length of California. A major earthquake there could do extensive damage to Los Angeles or San Francisco.

Centuries ago, people developed ways to measure earthquakes. The earliest known seismoscope, a device used to detect earthquakes, was invented in China in 132 CE. The device consisted of eight metal dragons mounted around a cylinder, each with a bronze ball in its mouth. When a slight tremor struck, a ball would fall out of one of the dragons’ mouths into a waiting receptacle. The direction of the tremor could be judged based on which dragon had released its ball. The device is said to have detected an earthquake 400 miles away.

Although this early device could determine whether an earthquake had happened in its vicinity, it could not measure the strength of the quake. Modern seismographs, which record the motion of the ground during earthquakes, came into use in 1890. Because earthquakes are strongest at their epicenter and weaker further away, readings of the same earthquake differ depending on the location of the seismograph. Nowadays, multistation seismographic networks are used to pinpoint the center and determine the magnitude of a quake.

24/7 Tempo has determined the most powerful earthquake ever recorded by reviewing data from the U.S. Geological Survey (USGS). Magnitudes are measured on the moment magnitude scale. The earthquakes considered occurred in the 20th century and after, as any occurring before this time could not be standardized to the current scale. For earthquakes that occurred before 1935, when the (now outdated) Richter scale was developed, magnitude measurements are estimates based on historical seismogram readings.

A few areas of high tectonic activity are responsible for many of the largest earthquakes of all time. About 80% of earthquakes occur in what is called the Ring of Fire, a zone around the Pacific Ocean where the Pacific tectonic plate is being subverted (or pushed under) the surrounding plates. Unfortunately, this means that some countries and areas, including Chile, Indonesia, Japan, the Kamchatka Peninsula of Russia and the Aleutian Islands of Alaska, have experienced numerous devastating earthquakes throughout their histories.

Earthquakes can destroy whole towns and displace residents (sometimes permanently) due to landslides, flooding and soil liquefaction. They cause millions and sometimes billions of dollars in damage. More often than not, however, the damage caused by an actual quake is minor compared to the death and destruction caused by the massive tsunamis that can form following underwater quakes.

The most powerful earthquake ever measured was the Valdivia earthquake (also known as the Great Chilean earthquake) on May 22, 1960. Centered in Bio-Bio, Chile, the quake had a magnitude of 9.5 and caused tsunamis that battered the Chilean coast and led to damage and deaths in such places as Hawaii, Japan, the Philippines and New Zealand. A conservative worldwide death toll estimate is 1,655, with an additional 3,000 injuries and over 2 million people displaced. The damage to Chile was estimated at about $550 million, with another $75 million in damage in Hawaii and $50 million in Japan.

Click here to see all the most powerful earthquakes ever recorded.