Home » Economy » This Is the Most Dangerous Volcano on the Planet 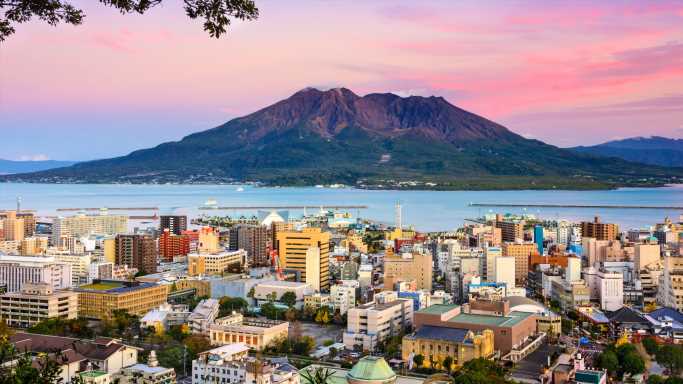 This Is the Most Dangerous Volcano on the Planet

Massive volcanic eruptions are among the best-known moments in history. When Mount Vesuvius erupted in 79 AD, it destroyed the city of Pompeii and people for miles around it. Pompeii remains an area studied by archeologists. More recent eruptions are widely known parts of recent history. Millions of Americans can remember television coverage of the explosion of Mount Saint Helens in 1982. It continues to be considered a dangerous volcano.

Scientists have different ways of classifying types of volcanoes. For instance, a stratovolcano (or composite volcano) is a steep symmetrical cone built of lava flows, volcanic ash and other materials (some of the world’s highest mountains are stratovolcanoes). A lava dome is a comparatively small volcano built from dense lava flow.

A caldera, considered particularly damaging to the surrounding environment, is a depression in the earth caused when the edges of the volcano collapse inward. A shield volcano is large and flat and composed almost entirely of the lava flow. It is said to resemble a battle shield in shape. A pyroclastic shield is similar in form but formed mostly from rocks rather than fluid lava.

Not all volcanic eruptions are the same. Some are fairly calm and pose little threat to nearby inhabitants. Others can be violent, with catastrophic effects. Smaller volcanic events can be spectacular to witness from a safe distance, and many active volcanoes release dazzling lava without massive violent eruptions. Others, though, continue to pose major threats to cities around the world, even if they have previously erupted.

To identify the most dangerous volcano on the planet, 24/7 Wall St. reviewed data from the National Museum of Natural History’s Global Volcanism Program. Each volcano on the list meets at least three of the following criteria: at least one major eruption, multiple large eruptions, high-fatality eruption, frequent activity or significant lava effusion.

The most dangerous volcano in the world is Aira. Here are the details:

Aira is a massive caldera on the southern end of Japan’s Kyushu island. Currently, the city of Kagoshima, situated in the middle of the caldera that forms a scenic bay, is home to over 900,000 people. Japan’s most active caldera, Aira sees several small eruptions every year. Mindful of their precarious position, residents have put in place one of the most advanced seismologic monitoring systems in the world. They are also well-trained in evacuation procedures.

Click here to see all the most dangerous volcanoes on the planet.