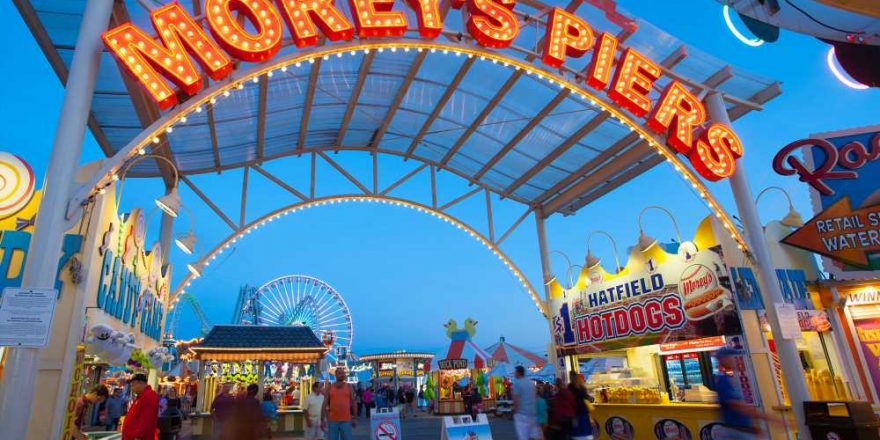 Fork it over! With soaring costs and labor woes, restaurants are passing the buck to you

If you stopped by Morey’s Piers & Beachfront Water Parks in Wildwood, NJ, this Memorial Day weekend, you may have seen the chief financial officer slinging tickets.

The company’s housing safety manager was running rides, and one of the lead carpenters was working the grill, vice president of human resources Denise Beckson said.

The Jersey Shore hotspot, which boasts over 100 rides and attractions spanning the boardwalk, normally employs about 1,500 people when the summer season kicks off, Beckson said.

It’s currently got about 850 staffers and didn’t open its water parks, among other popular attractions, in time for the holiday weekend as a result.

With pandemic restrictions largely lifted and Americans emerging from their homes, businesses across the country are finding themselves unable to staff up in time for what’s expected to be a bustling summer season.

Lingering COVID-19 concerns, child-care demands and pandemic-boosted unemployment checks are all keeping workers out of the labor pool, which threatens to hold back the economic rebound through the summer, business owners and economists say.

Seasonal businesses like Morey’s are getting hit doubly hard due to COVID-19-related travel bans and delays in processing visas for overseas workers, who typically play a crucial role fulfilling staffing needs from Memorial Day to Labor Day.

But business owners also blame the federal pandemic program that’s provided an extra $300 in additional unemployment benefits every week for encouraging people to remain out of work, despite a growing vaccination effort.

“While some people may not be making more on unemployment than if they were to work, they’re making enough to survive and stay out of the workforce,” Beckson said.

Beckson said Morey’s is offering $15-per-hour wages and has become more flexible than ever with part-time work. But at this point, the boardwalk operation just hopes it can be fully operational by July 4, she said.

“Our focus has been on everything we can possibly do to get as many people on the roster as we can,” she said. “We’re basically just trying to claw our way there.”

It’s a similar story at the Montauk, New York-based eatery Hooked. Owner-chef Brian Mooney said business has been booming since it reopened for the summer season just over a month ago. But the five-person staff can’t keep up with demand.

“It’s all hands on deck right now — even my wife is working with the kids running around outside. She should be at home with the kids,” he said.

Mooney says his restaurant is missing out on sales as a result. While customers are finally lining up out the door, some are also walking away due to long waits.

Mooney, who seeks to double his staff, raised wages about 15 percent and closes the restaurant every Tuesday to give staffers a day off.

But it hasn’t been enough. Only one person has applied for a job in the past month, he said.

The summertime labor shortage is also squeezing Dewberry, a luxury hotel in downtown Charleston, South Carolina. The hotel is so short on housekeepers, said general manager Kristie Rasheed, that it needs to pull workers from other areas like events planning, sales and human resources to clean rooms on a timely schedule.

Businesses that cater to summertime fun — think bars, restaurants, theme parks and resorts — are bearing the brunt of the labor shortage in part because “that was ground zero for job loss,” explained Mark Hamrick, senior economic analyst at Bankrate.

Kenan Porter, owner of Clemson Brewing Company, which boasts locations in Middletown, New York, and New Paltz, says he’d love to have about 30 more employees on top of his staff of 120. In the meantime, his team will do whatever they can to meet the summer rush.

“We’re probably going to get a little bit inundated, but what do we?,” he said. “We slow the door down, we slow the tickets down, we send out some beer or some food if we got a delay at a certain point. We shake and we curve and we match. We make it work. We get it done at the end of the day.”