Home » Economy » ‘Spending is part of enjoying life, but it’s all about balance’

‘Spending is part of enjoying life, but it’s all about balance’

Katie Collins admits that much of her financial education came later in life.

“Saving and investing just wasn’t something I was taught growing up,” she admits. This resulted in her making some poor financial decisions at times, which now, looking back, she regrets. 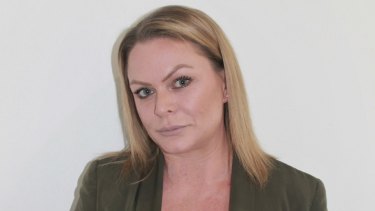 Katie Collins says working at home during the pandemic had major financial benefits.

However, Katie says she is making up for lost time.

“I’ve been a spender in the past. Really, I’ve never been a good saver, but I’m trying to learn from my mistakes, and now I’m becoming an investor,” she says.

“I’ve been in the corporate world since I was 21, but saving cash in the bank gets you nowhere,” she says.

Katie rents in Sydney’s Botany and lives there with her husband and two young children. Her husband works full-time and contributes to household expenses.

She worked at home during the pandemic, which had major financial benefits.

“It was great because I was able to save an awful lot of the money that I usually spent during the workday, such as bought lunches and coffees.

“While I haven’t gone out of my way to put my $20 of bought coffees into savings, I’m just finding that my wages go further,” she says.

Travel is on the cards in the future. “We’ve got a dream to travel, which we had to put on hold due to COVID-19,” Katie says. 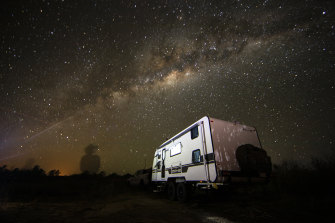 When her kids are older, Katie Collins wants to travel around Australia and the world with her family.Credit:Krystle Wright

She spent lockdowns contemplating life caravanning around Australia, and also travelling through the US and South America.

“When the kids are older, my husband and I would definitely love to travel,” Katie says. Saving for that goal has become a priority.

In the short term, she has found herself recovering from a recent financial setback.

“We had a large expense to deal with after my car was written off,” she says. “We had to cover a $3000 gap between the insurance payout and the remaining finance. Not fun,” she says.

Katie’s financial philosophy has always been: “Never a lender nor a borrower be.” However, she now admits that she has realised that not all borrowing is bad.

“I have learned some important financial lessons later in life. I wish I had been better educated about what it meant to be a borrower, and how that can help you in life,” she says.

However, Katie realises that it is never too late to start saving.

“I’d like to have more savings, so I’m building up my cash pile again after we’ve been through a period of investing.

“Still, at the same time, I feel that life is short, and spending is part of enjoying life, so it’s about finding the appropriate balance,” she says.