Home » Economy » Is a new global recession the price for punishing Putin? 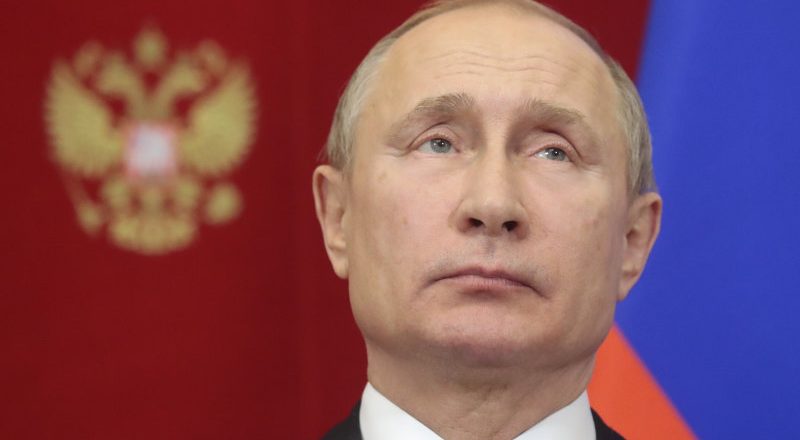 Is a new global recession the price for punishing Putin?

Hanging tough against Vladimir Putin was never going to be cost free. Energy prices are soaring, firms are pulling out of Russia and those that stay are at risk of nationalisation. There’s concern about global food supplies.

Recession chatter has started, even as the world economy is still mopping up from the last one. It would be foolish to discount a fresh slump — if it isn’t already upon us. 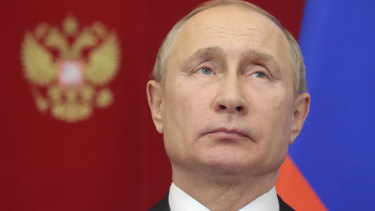 Hanging tough against Russian President Vladimir Putin was never going to be cost free. It would be foolish to discount a fresh slump.Credit:AP

The “R-word” was deployed a couple of times on Tuesday: International Monetary Fund Managing Director Kristalina Georgieva acknowledged risks are growing in a number of countries and Federal Reserve Bank of Dallas economists warned in a paper that the global economy likely won’t be able to avoid a slump, absent a resumption of Russian energy exports this year.

Ultimately, that depends on how much pain the US and its partners are prepared to endure to punish the Russian president for his invasion of Ukraine.

On the face of it, the world economy has some cushion before things get dire. The IMF projects an expansion this year of 4.4 per cent, down from last year’s blockbuster 5.9 per cent, but another universe from 2020’s pandemic-induced crater. A few important caveats: The lender’s definition of global recession is growth of 2.5 per cent or lower — not an outright contraction — and the fund is almost certain to cut its forecasts next month. While arrival in recession territory is unlikely then, the direction of travel may point that way.

Dallas Fed economists Lutz Kilian and Michael Plante wrote that the prospective downturn could be more protracted than in 1991, the year that followed Iraq’s invasion of Kuwait. “If the bulk of Russian energy exports is off the market for the remainder of 2022, a global economic downturn seems unavoidable,” they wrote.

‘If the bulk of Russian energy exports is off the market for the remainder of 2022, a global economic downturn seems unavoidable.’

Three decades ago, Saudi Arabia was able to ease some dislocations in the market by ramping up production. The US endured a relatively modest recession and was growing by the end of 1991, though the recovery didn’t become apparent quickly enough for then-President George Bush, who lost the 1992 election to Bill Clinton.

Bush later blamed Alan Greenspan, the Fed chair at the time, for keeping credit too tight. Might current chief Jerome Powell adjust his approach and take out a little insurance against a downturn? There is little sign of that in public remarks. If anything, the opposite.

Speaking to the National Association for Business Economics, Powell sounded more aggressive than his relatively hawkish press conference last week after the Fed hiked its benchmark rate by a quarter point. He said on Tuesday he’s prepared to consider half-point steps at the next few meetings of the Federal Open Market Committee to rein in inflation. “What would prevent us? Nothing: Executive summary,” Powell said, pushing an already hammered bond market lower.

Powell said last week the US labour market is strong to an unhealthy level, leaving little room for ambiguity about the priority now given to curbing inflation. It is strong: the jobless rate fell to less than 4 per cent last month and gains in payrolls were way above estimate. But Powell can’t afford to just worry about the US economy, even though that is the mandate given the Fed by Congress. As custodian of the world’s largest economy, and the planet’s reserve currency, he carries a larger burden. Many central banks look to the Fed for direction, if not guidance.

Higher interest rates were coming before Putin began his assault on Ukraine. Monetary authorities began withdrawing accommodation last year, and some, like the Bank of England, lifted borrowing costs before the Fed. But Putin’s name is on most of the hikes to some degree; most say the attack on Ukraine is, at the very least, exacerbating price pressures. The recession, should it arrive, will have his initials somewhere on the page.

The Bank of England was rightly scolded for its communication fiascos in November when it appeared to signal, and then backed away, from a hike. More recently, the bank may be reading the hymn sheet a little better. Officials hiked this month, but began to soften their language. There may not be an enormous amount to come, was the import. The threats to growth appear to have registered in London.

Powell’s “executive summary” was awfully short and drew laughter from the audience. If he is wrong on the outlook, there will be less hilarity.

Daniel Moss is a Bloomberg Opinion columnist covering Asian economies. Previously he was executive editor of Bloomberg News for global economics, and has led teams in Asia, Europe and North America.