Home » Economy » Home ownership no longer sure path to wealth

Home ownership no longer sure path to wealth

The property market is back. Home prices in Sydney and Melbourne are re-bounding sharply in response to the Reserve Bank of Australia’s (RBA) recent cuts in interest rates and the financial regulator's defacto easing of borrowing restrictions.

Assuming a benign economic environment, buyers are likely to continue to be drawn back into the market. However, make no mistake, the traditional big property price gains of the past cannot last. 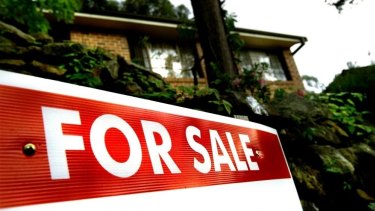 The future path to comfortable retirement seems likely to become much less reliant on home ownership and more dependent on superannuation.Credit:Rob Homer

For new entrants into the market, home ownership will not generate the same amount of wealth in coming decades as it has previously.

Finding other means to create wealth has become more critical and suggests that superannuation will play a more prominent role. This is particularly true when returns will be lower than those experienced historically across other types of investments traditionally used to build wealth.

So, why is this the case?  Firstly, residential property, like many other investments, has benefited from strong tailwinds of structurally lower interest rates.

We are now at the point where each rate cut from the RBA is a record low. Policies designed to push rates even lower could be implemented early next year.

The rate cuts have been capitalised into ever-higher house prices and elevated levels of household debt. However, at some point this tailwind will stop – and potentially reverse – and lower rates will no longer be such a positive driver of house prices.

From an economic perspective, it would be beneficial if a period of rising rates were to occur, as it would reflect improved conditions, but it would certainly limit house-price growth.

In an environment of no further declines in interest rates, the key economic driver of future house price increases would be household income growth alone. This would usher in a new paradigm that saw more limited growth and increased cyclicality in prices.

Other key medium to long-term drivers of house-price appreciation have been population growth and workforce composition. On the former, the counter to strong population growth is additional supply of residential units. This supply response will be important, particularly as it is consistently touted by many as a means of improving housing affordability by limiting house-price growth.

On the composition of the workforce, the large increases in the female participation rate has meant that there are now more multi-income households than ever before. This has translated into stronger income growth that has facilitated house-price hikes. The trend will likely continue but at a slower pace.

The combined effect of these factors suggests that the growth in the value of Australians’ largest asset – their houses – will, on average, be lower over coming decades.

Households’ superannuation assets seem destined to become at least as significant as houses. Data suggest this trend is already happening.

Housing currently represent just under 52 per cent of total household assets – almost unchanged since 2000 – while super has risen 7 percentage points to 24 per cent over the same period.

The trend towards super is likely to continue as house-price growth moves structurally lower and super continues to be boosted by compulsory contributions.

It is also worth noting some important distinctions between these two types of investments.

Firstly, a home purchase is a leveraged investment. Super is not.

Secondly, super is a professionally managed investment that can be adapted to suit conditions with little cost. A home purchase is relatively static and has large transaction costs.

So, the future path to a comfortable retirement – especially for the young – seems likely to become much less reliant on home ownership and more dependent on being actively engaged with super.