Needham analyst Brad Erickson raised his price target to $180.00 per share, saying that Fiverr continues to demonstrate its dominance in defining the new way that work is getting done in the post-COVID era. New buyer growth is accelerating, new cohorts are exhibiting positive trends for spend, and the company has multiple sources of upside potential.

A consensus estimate is a forecast of a public company's projected earnings based on the combined estimates of all equity analysts that cover the stock. 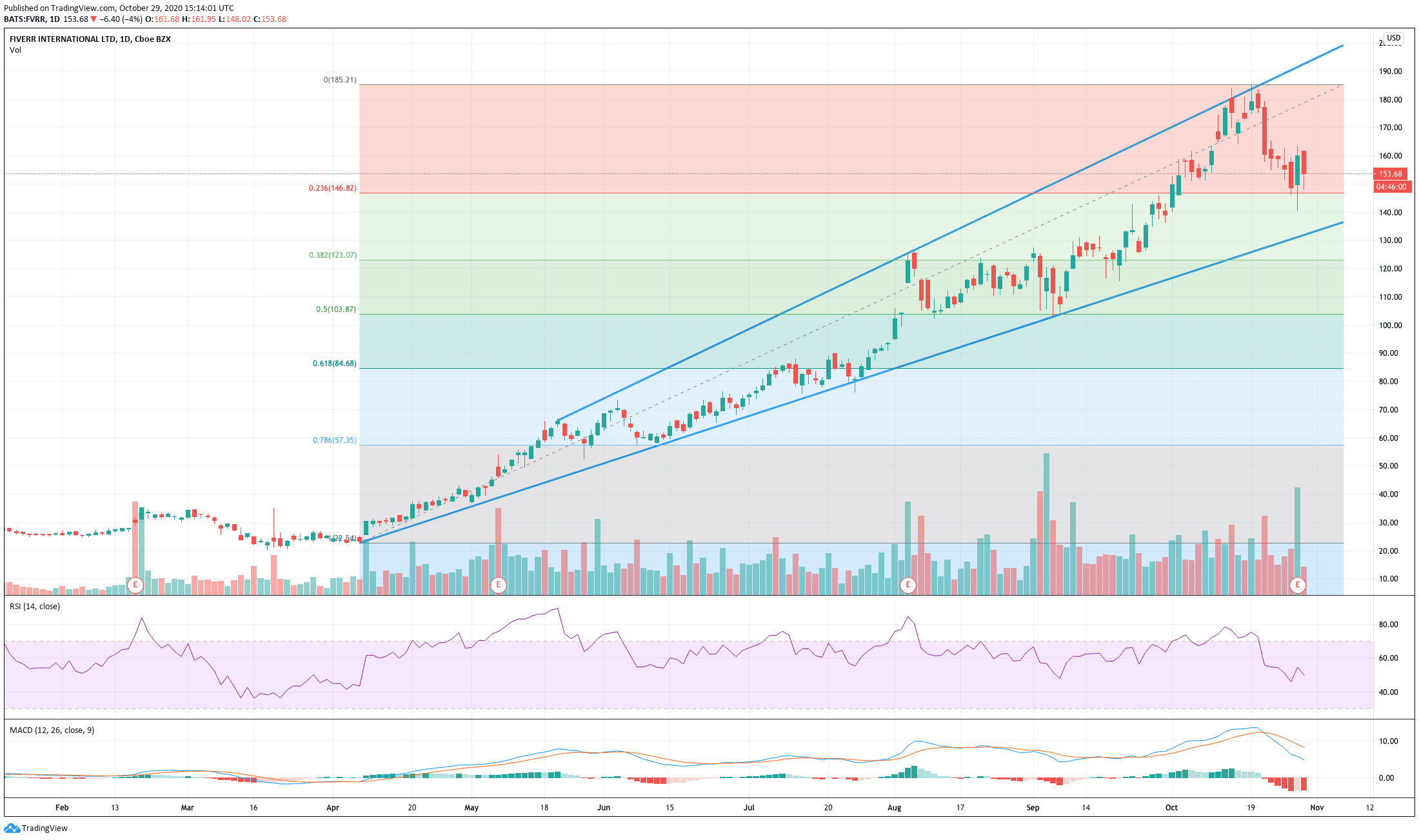 From a technical standpoint, the stock continued its period of consolidation following the third quarter financial results. The relative strength index (RSI) remains neutral with a reading of 47.42, but the moving average convergence divergence (MACD) remains in a bearish downtrend dating back to Oct. 21 when the stock turned lower.

Fiverr shares moved lower during Thursday's session despite Needham raising its price target to $180.00 per share. In addition to strong third quarter financial results, the analyst believes that the company is well positioned to benefit from the new way that work will be done in the post-COVID era. The stock remains in an intermediate-term downtrend but could see a turnaround from the favorable analyst comments.

The author holds no position in the stock(s) mentioned except through passively managed index funds.