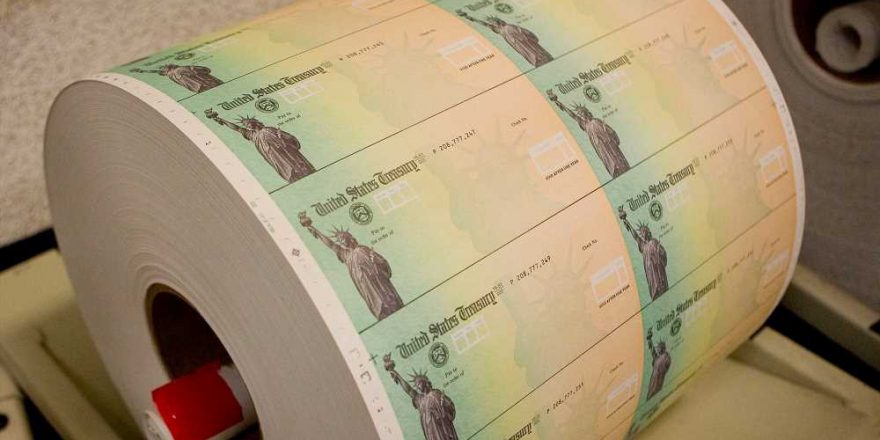 Learn all about corporate finance with this $40 e-learning bundle

Over 2.2 million more stimulus checks have gone out in the past six weeks, the feds announced, bringing the total number of payments distributed as part of the third batch of checks to more than 171 million.

The latest round of 2.2 million checks is worth a value of more than $4 billion, the IRS, Treasury Department and Bureau of the Fiscal Service said in an announcement.

Of the 2.2 million, about 1.3 million, worth an estimated $2.6 billion, were sent to people for whom the IRS previously did not have information to issue a stimulus check but who recently filed a tax return, the federal agencies said

There were more than 900,000 of these so-called “plus-up” payments sent out in the last six weeks, with a value of more than $1.6 billion, the government said.

In total, more than $400 billion have been sent out to Americans since the third batch of checks started going out on March 12, according to the government agencies.

The latest round of payments were authorized by the American Rescue Plan Act, which allotted up to $1,400 per person, plus $1,400 per eligible dependent, for people and families who fall under certain income thresholds and meet other requirements.

The IRS said it will continue to disburse payments on a weekly basis to those eligible.

The third round of payments is expected to reach 4 million Americans for a total of more than $10 billion.

Of the 4 million, 2 million are expected to receive the stimulus payment via paper check while the rest will get their money via direct deposit to their bank account.

Americans can track the status of their check via the Get My Payment tab on the IRS website.