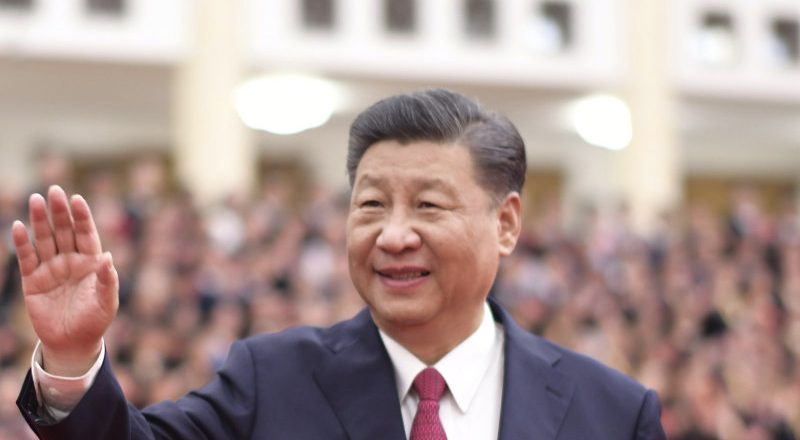 With its growth engine spluttering, China has adopted a rather unambitious goal for its economy in 2022. It is seeking “stability.” In a potentially ominous signal to Australia’s iron ore miners and LNG producers, it is also seeking a “strategic baseline” to ensure self-sufficiency in energy, grains and minerals, with a “safety line” for imports that can’t be exceeded.

Those were two of the major takeaways from last week’s annual central economic work conference, a meeting at which China’s leaders set their priorities for the next year’s economic agenda. The meeting was held against the backdrop of an uncharacteristically chaotic year for China’s economy. 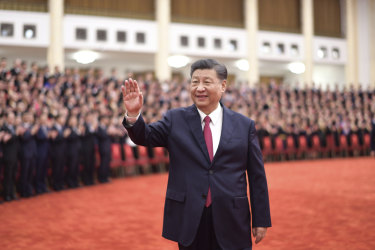 The pandemic, global supply chain blockages, semi-conductor shortages, an energy crisis, a surge in iron ore prices, implosions in its property development sector and a structural shift in policy away from China’s version of capitalism towards a more socialist model generated an over-lapping series of disruptions and threats.

Beijing’s crackdown on billionaires, the fintech and social media sectors, the private education sector, ride-sharing and even entertainment created fear and uncertainty and wiped out billions, if not trillions, of value and wealth. Externally, the trade and geo-political tensions between the US and China began spreading elsewhere as the Biden administration re-established relationships with its traditional allies that had been sundered by Donald Trump.

The performance of China’s economy has reflected the policy upheavals and external volatility. It started with a bang as the economy bounced back from the pandemic. First-quarter GDP was 18.3 per cent higher than for the same (pandemic-affected) quarter of 2020. In the June quarter, however, it slowed to 7.9 per cent and then to (by China’s standards) a meagre 4.9 per cent in the third quarter. It may be below four per cent in the December quarter.

While GDP growth for the full year will probably come in around 8 per cent, Xi Jinping’s decision to prioritise structural change over growth, the continuing impacts of the pandemic, increased trade and geopolitical tensions and a divergence between the performance of its and other major economies are likely to see economic growth in 2022 of less than six per cent.

The Chinese authorities have started to respond to the quite dramatic slowdown in their economy.
Last week, as its major property developers started to formally default on their debts – China Evergrande, with more than $US300 billion of liabilities, was declared a defaulter by Fitch Ratings last week – the People’s Bank of China injected $US188 billion of liquidity into the banking system by cutting the amount of cash its major banks must hold in reserve.

While the economic meeting maintained the tough line Beijing has taken towards the property sector the emphasis on stability suggests that the waves of “reforms” may be over and fiscal stimulus is back on the agenda.
With the property sector forced to de-leverage (with foreign creditors bearing much of the pain) and the perceived financial and security risks in the tech sector addressed, the new focus on “common prosperity” could mean some loosening of monetary and fiscal policies to put a floor under growth and contain the damage being wrought within a property seductor that contributes up to 30 per cent of China’s GDP.

A shift towards more expansive economic policies wouldn’t be without its own set of risks. China’s economy is cooling even as the US, Europe and other developed economies are heating up as they recover from the worst of the pandemic. In the US the Federal Reserve Board is withdrawing liquidity and preparing to raise interest rates. The UK and the European Union and other significant economies, like Canada and Australia, are following that same policy path to varying degrees. The risk for China is that US rates rise even as its fall, with the US dollar strengthening and the yuan weakening.

Apart from the impact of currency divergence on China’s $US1,05 trillion of US Treasury bond holdings (as interest rates rise the value of bonds falls) there would be a risk that the foreign capital that poured into China when its economy was powering out of the pandemic at the start of this year would flood out to avoid the losses from a weakening currency and in pursuit of the rising yields and currency gains elsewhere.

The goal of achieving a “strategic baseline” for primary commodities is more easily said than done and isn’t a novel policy – China has been trying to diversify and reduce its reliance on imported iron ore, coal, gas and other commodities for decades – but the tension in the relationship with Australia, in particular, over the past 18 months and the recent energy crisis amongst soaring gas and coal prices have added urgency to an existing goal.

Xi Jinping told the conference that while China could meet its needs from foreign and domestic markets, a safety line for the size of commodity imports had to be established and could not be exceeded. “We should fortify the national strategic materials reserve system to ensure minimum needs at critical moments,” he said. For China, securing supplies of agricultural and mining commodities has national strategic and domestic social stability implications.

Other priorities identified at the conference were achieving Xi’s “common prosperity” and regulating capital – redistributing wealth – along with defusion of financial risks and pursuing carbon neutrality. The officials promised to “front-load” policies supporting the economy but remain committed to deflating the property sector and shifting its emphasis from speculative development to social housing.

For much of this year China’s economy took a back seat to Xi’s efforts to remake China’s economic model and shift the decade long emphasis from economic growth and wealth creation to wealth redistribution. With the economy slowing far more quickly than they could have anticipated, however – and Xi seeking to extend his term as leader at next year’s twice-a-decade national party congress – growth is once again the priority.