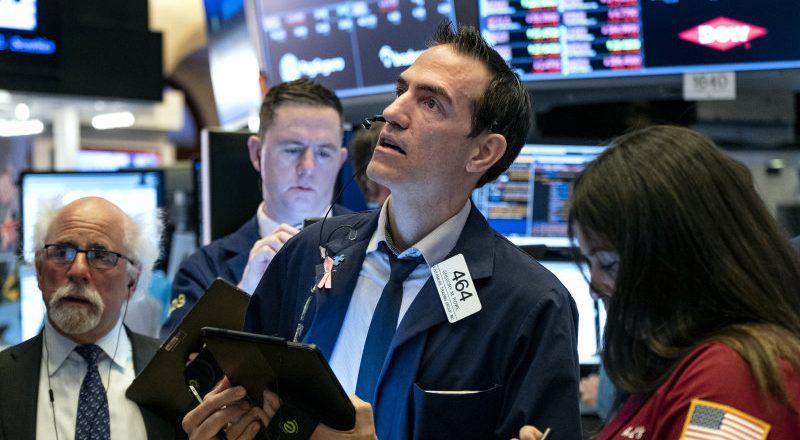 China’s economy is facing a deeper slowdown than markets realise

China’s economy risks slowing faster than investors realise as President Xi Jinping’s push to cut its reliance on real estate and regulate sectors from education to technology combine with a power shortage and the pandemic.

Bank of America and Citigroup are among those sounding the warning that expansion will fall short this year of the 8.2 per cent anticipated by the consensus of economists. The slump could last into next year, forcing growth below 5 per cent, they warn. Outside 2020’s 2.3 per cent, that would be the weakest in three decades. 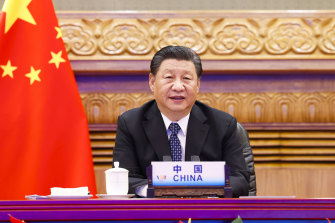 Beijing is determined to shift its economic model from its boom years, in which the country loaded up on debt and propelled itself to become the second-largest economy.Credit:AP

Strategists at Bank of America muse that Xi may even be embracing a once-in-two decades restructuring of the economy akin to Deng Xiaoping’s modernisation of the late-1970s and Zhu Rongji’s revamping of state-enterprises and finance in the 1990s.

“If so, the data flow from China could confound even the pessimists, and we are on guard for that scenario unfolding,” the strategists, led by Ajay Kapur, told clients in a report last week, in which they predicted growth of 7.7 per cent this year and 4 per cent in 2022.

Beijing is determined to shift its economic model from its boom years, in which the country loaded up on debt and propelled itself to become the second-largest economy.

Data released last week already showed a sharp slowdown in growth to 4.9 per cent in the third quarter from 7.9 per cent in the previous quarter, with more pain likely to come as electricity shortages persist.

Even before the pandemic hit, China was surprising economists with slower-than-expected growth caused by Beijing’s resolve to ease debt risks, which meant it avoided broad stimulus even as the US-China trade war threatened expansion.

After modest easing to cushion the worst effects of the coronavirus, its debt-control policy resumed, with real estate companies such as China Evergrande Group feeling the biggest impact.

Xi also set about seeking to reshape the consumer technology, private tutoring and real estate sectors, with officials arguing they represent a wasteful use of the country’s limited resources. Officials have mostly embraced the resulting slowdown.

China’s Premier Li Keqiang in March announced a growth target of “above 6 per cent” for the year. While analysts saw this as a signal that Beijing was prioritising other policy goals such as financial stability and environmental protection above economic growth, most at the time saw the target as extremely conservative. 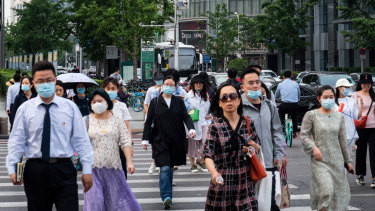 Even before the pandemic hit, China was surprising economists with slower-than-expected growthCredit:Bloomberg

But Beijing has signalled in recent weeks that it could loosen some policies, telling banks to pick up the pace of mortgage lending even as it repeated vows not to use the property sector as a short-term stimulus.

Any policy loosening in the next few months will be aimed at “preventing disaster” rather than supporting growth, Hofman said.

“When China’s economic engine sputters, growth fizzles the world over.”

“As long as growth is above 6 per cent, I think China would feel relatively happy,” he added.

People’s Bank of China Governor Yi Gang recently said he sees about 8 per cent expansion for this year, and to achieve that, the economy would only need to expand 3.9 per cent in the current quarter, according to calculations from Bloomberg Economics.

Among those at risk from less investment in China are commodity exporters such as Australia, South Africa and Brazil. Slower trade could also hit the likes of Malaysia, Singapore and Thailand. The impact could be felt further afield, according to Tuuli McCully, Singapore-based head of Asia-Pacific economics at Scotiabank. 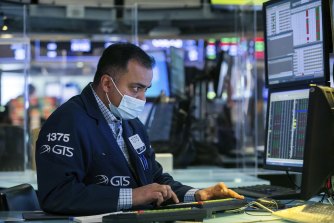 Markets may have underestimated how much China’s economy is going to slow. Credit:AP

“Countries such as Chile and Peru ship significant amounts of commodities to China and will feel the impact of weaker real estate and other fixed asset investment activity in China,” she said.

Financial market spillovers may be more contained given the 18 per cent peak to trough correction in China’s CSI 300 Index this year did not spark global contagion, said Alvin Tan, head of Asia foreign-exchange strategy at Royal Bank of Canada in Hong Kong. One possible upside from a cooling Chinese economy is that it could alleviate global inflation pressures, Tan said.

“Nonetheless, the net impact is decidedly negative for a world that is still recovering from the pandemic,” Tan said.

For now, even the most pessimistic economists expect growth to come in above 7.5 per cent this year, a relatively rapid rate for an economy the size of China’s. Beijing has set a goal of doubling gross domestic product from 2020 levels by 2035, which implies annual growth of around 5 per cent. That may prove to be a floor for policy makers.

China could see real estate investment fall 10 per cent in the first half of next year and still achieve 5 per cent annual growth as its credit cycle is close to its bottom and fiscal policy could pick up ahead of a crucial Communist Party congress in the autumn, said Bo Zhuang, China economist at Loomis Sayles Investments Asia.

He predicts Beijing could set a growth target around 5.5 per cent for next year.

Still, the recent weakness when combined with concerns over Evergrande is prompting analysts to wonder if they remain too sanguine on near-term prospects.

Bank of America’s strategists outlined a “bearish scenario” involving a disorderly adjustment to the real estate market in which property prices fall 10 per cent, cutting sales and deterring banks from lending to the sector. In that scenario, growth could reach as low as 7.5 per cent this year and 2.2 per cent in 2022.

The other risk is that China’s policy makers may struggle to flick the switch back to growth mode if they feel that’s needed. Citigroup economists led by Xiangrong Yu noted that the electricity shortages that are crimping industrial production will make it harder to cushion growth by boosting investment in infrastructure. That kind of policy could only work next year once the power crunch eases, they said.

Local governments are also struggling to find viable projects to invest in while property developers’ tight financing has slowed their land purchases, threatening to undermine a $1 trillion revenue source for local governments.

“Property and energy problems will continue to affect growth in the fourth quarter,” said Houze Song, a China economy researcher at US think tank, the Paulson Institute. It “seems likely that full-year growth will end below 8 per cent.”