Home » Economy » Bonds are for income and equities for growth

Bonds are for income and equities for growth

I know a lot of you have large holdings in the big-four banks for income but it has, in hindsight, been one of the major Australian investment mistakes of the past five years.

The banks have been pummelled. It all started with a Commonwealth Bank rights issue in March, 2015, which led to $12.4 billion worth of bank sector capital raisings by year-end. 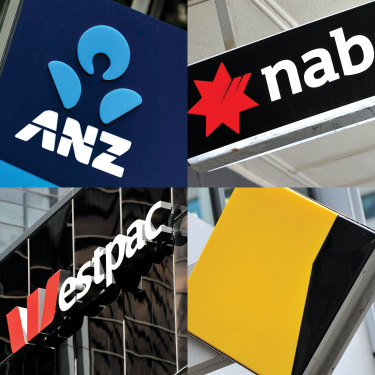 Since the March 2015 peak, the bank sector is down 27 per cent, while the All Ordinaries Index is up about 15 per cent.Credit:AAP

After that initial bout of indigestion came a series of negative waves, starting with the Australian Prudential Regulation Authority's restrictive lending practices in 2017, now repealed. They kicked off a slowdown in the bank sector’s lifeblood – the housing market – and as credit lending slowed, we saw the first bank sector earnings downgrades in years.

Then came the banking royal commission, the loss of reputation, the brand damage, the destruction of the banks' wealth management businesses, asset sales, restructurings and more earnings downgrades.

And then, just when the sector was getting back into uptrend, the AUSTRAC revelations last month cratered Westpac by 14.7 per cent, with the ANZ and NAB both down 11 per cent.

CBA survived, up 0.3 per cent in November, having already been through its own AUSTRAC drama.

All in all, since the March 2015 peak, the bank sector is down 27 per cent, while the All Ordinaries Index is up about 15 per cent.

Despite this underperformance, most fund managers, intimidated by the fact that the banks form 25 per cent of most benchmarks, didn’t sell. They like to hug the benchmark as getting a big sector like the banks wrong is suicide.

Retirees didn’t sell either because no one told them to. Few financial advisers would advise retirees to sell their bank shares as they see owning them as a value add to collect franking credits.

The Australian Taxation Office recently advised that over one-third of company tax is returned to shareholders as franking credits.

Getting a tax refund is clever but, for the past four years, chasing a franking credit refund through banks has been a mistake. The credit still arrived but the loss of capital more than matched it.

There are other reasons retirees do not sell. Some call themselves long-term investors with a “buy and hold forever” approach.

Some are wealthy enough not to need to sell, so underperformance is not their concern. Others don't sell because they can't find investments with similar high yields or because they would rather lose money than pay the government capital gains tax.

Chasing income stocks corrals you into mature companies with few growth options and nothing better to do than return money to shareholders. It also robs you of an opportunity of holding quality growth companies with high returns on equity because of their low yields.

CSL, for instance, has returned 216 per cent since the bank sector peak in March 2015. Others including Aristocrat Leisure (315 per cent), Cochlear (175 per cent), Treasury Wine Estates (296 per cent), ResMed (156 per cent), ASX (127 per cent), Woolworths (60 per cent) also have been stellar performers. These firms continue to earn a 32 per cent return on equity and reinvest their profits, for a far superior total return than anything available from high-yielding stocks.

In the United States, big investors will tell you that bonds are for income and equities are for growth. That culture is why the US market yields 2.5 per cent while Australia yields 4.5 per cent, plus franking, or around 5.89 per cent on average.

With term deposits paying only about 1 per cent, it just doesn’t make sense for companies to give money back to a shareholder to earn that amount. Far better they keep it and reinvest it.

The bottom line is that you would do better to focus on total return rather than dividend yield. Yields, franking and the cash refunds are distracting you from the best stocks in the market.

Marcus Padley is the author of the daily stock market newsletter Marcus Today.