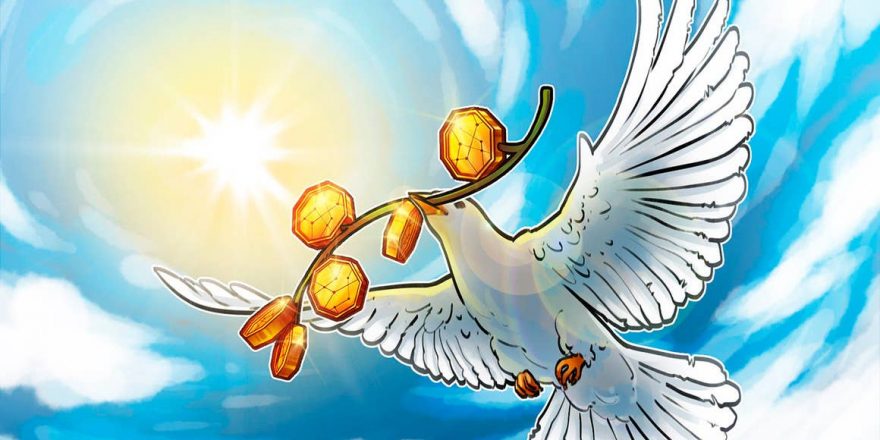 A Redditor living in Yemen’s capital city of Sana’a claims to be using cryptocurrencies to buy food packages for families unable to access supplies during an ongoing civil war.

According to a Thursday Reddit post from user yemenvoice, the Yemen national has raised roughly $12,000 in crypto donations to be used towards fighting starvation in the Middle Eastern nation. They claim to have provided 15 families with flour, rice, oil and beans and hope to reach 30 more in the near future.

“I have tried very hard to help my people by finding any possible way,” said yemenvoice. “I have tried to set up online donation campaigns, but unfortunately, all online donation platforms do not support Yemen. So, I thought of using cryptocurrencies as an alternative method, and indeed it was much easier and more effective.”

Yemen’s civil war began in 2014, followed by a Saudi Arabian-led coalition of forces responding to a request for assistance from ousted President Abd-Rabbuh Mansur Hadi. The country has been subject to a blockade by air, land and sea since March 2015, leading to millions of Yemenis in need of basic necessities.

According to David Beasley, the executive director of the United Nations World Food Programme, 16 million people in Yemen “are marching towards starvation” — including 400,000 children under the age of five, according to a separate report — with food supplies already at critical levels. Yemenvoice claims to have been able to “break the siege” and get funds into the country to buy food by using cryptocurrencies, including Bitcoin (BTC), Ether (ETH), Bitcoin Cash (BCH), Dogecoin (DOGE), and Nano (NANO).

“[I] received donations, then transferred from my wallet to the wallets of merchants or the exchange company (we have only one company that accepts Bitcoin), then I bought these food packages, as you can see, and distributed them to the elderly, single mothers and orphans, although there is no difference between young or old, everyone is starving.”

According to blockchain records, Yemenvoice’s addresses have received roughly $600 in BTC, $1 in BCH, and $64 in NANO, but the Redditor told Cointelegraph they have received $12,000 in crypto, $3,000 of which has already been used “to pay medical bills, buy medicines, pay rent and buy food.” They attempted to trade the other $9,000 on Binance but claimed to have lost almost all of the funds.

“I consider the amount I lost as a debt to people, and I intend to pay it even if I had to sell one of my cars,” said the Redditor.

Though the story and use of the funds could not be verified independently, yemenvoice claimed to have selected people in need and “paying them wherever I found them.” Many Reddit users expressed their support for the project but questioned how someone could use crypto effectively in an area like Yemen.

“If I send an amount of Bitcoin, they give me the equivalent in exchange for the dollar, but in the local currency, and so on I buy and distribute these goods,” said yemenvoice. “Soon you will see shop owners in Yemen trading in Bitcoin and not converting it to dollars or even to the local currency. Especially with the deterioration of living conditions here and the collapse of the Yemeni riyal.”

While the efforts of this Redditor seem to be using crypto as a force for good, others based in different countries have bypassed sanctions from the United States or United Nations by relying on cryptocurrency donations. In Venezuela, authorities went so far as to tacitly endorse the use of crypto seemingly as a measure to evade various sanctions imposed on the country.