Xunlei, a $220M-worth Nasdaq-listed cloud computing and blockchain company based in China, is at the center of a controversy after the company announced that its former CEO, Chen Lei, was under police investigation for dereliction of duty and embezzlement. Lai is also accused of misappropriating tens of millions of yuan over the past year in illegal cryptocurrency speculation.

It should be noted, however, that while Chen Lei was removed from his position back in April, the initial allegations only came to be supported recently after an audit by new management uncovered Lei’s alleged fraud, following which, Xunlei release its statement.

As soon as the announcement went out, it had a ripple effect across the board, with Xunlei’s stock price dropping by nearly 8%. However, at this point, it is difficult to ascertain what kind of effect allegations of illegal cryptocurrency speculation, specifically, will have on the company’s standing since Chen Lei is being investigated under a multitude of charges.

The broader effect of such an investigation on Xunlei’s stock price is interesting to note as, in the past, the company has been accused of introducing “Wanke coin mining” experiment to inflate its stock price. That’s not all, however, as Xunlei has also been accused of introducing ‘OneCoin’ (not to be confused with the Bulgarian Ponzi scheme), which has been described as ‘an ICO in disguise’ by many. The November 2017 chart attached herein highlights the massive gains noted by Xunlei following the same. 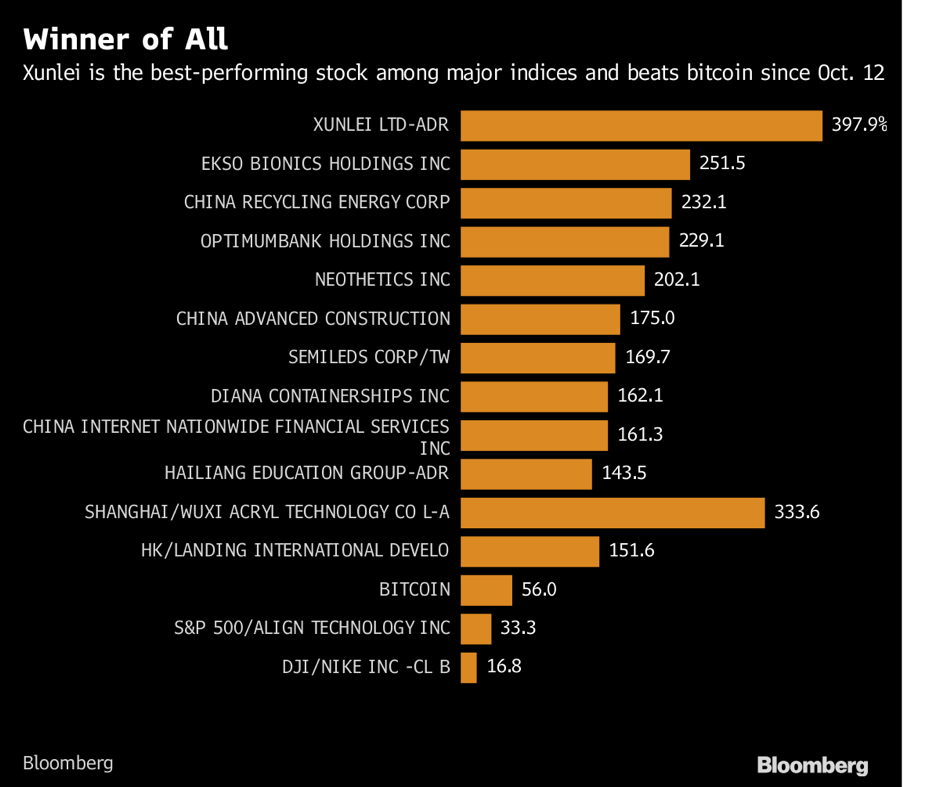 Despite the company’s claims that it did not violate ICO rules and the prevailing crypto-trading ban, in reality, OneCoin could be transferred between user accounts and third-party platforms that provided OneCoin trading services.

Chen Lei’s alleged misdemeanor and the aforementioned case highlight the state of affairs in China, with companies still trying to find loopholes in the system to carry out crypto-related activities that China would consider illegal. In fact, back in November 2019, the People’s Bank of China (PBOC) had announced the strengthening of “supervision and control to crackdown on virtual currency transactions.” Finally, the Bluebook on Blockchain reported that as many as 25,000 Chinese entities had attempted to issue their own tokens.

All these developments are taking place against the background of China continuing its plans to roll-out its CBDC, with over $1.5 million worth of yuan distributed to Shenzhen residents yesterday. With rules about trading cryptocurrencies prevailing and clampdowns continuing, many Chinese companies may look to set up Headquarters overseas.

While China may be ahead in the CBDC race, it might still be losing out to other countries who are not opposed to private cryptocurrency development. Then again, there are hardly any.