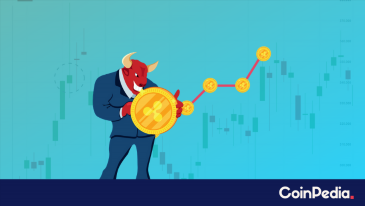 XRP to Thrive the Market After the Bitcoin Bull Rally Ends

The crypto space in recent times is more focused on major cryptos mainly on Bitcoin and Ethereum. However, XRP had also surged within the Bitcoin bull run, but still many believe XRP is heavily undervalued and expected the asset to record unimaginable highs in the coming days.

While many of the crypto masses are still very uncertain about the future movements of the XRP price, one of the analysts has some good news for the XRP holders. XRPatience, in his series of tweets, explained how the XRP bull run will initiate as the bears gear up on the other cryptos.

As per the analysts, currently, Bitcoin formed new All-Time High above $40,000 and many more are yet to come. However, the bull market will come to an end as most of the cryptos have no use cases in the real world as per him and also lots of them are scams.

He further says the despite some of them have good technology but lack the network effects losing most of their value. Yet some of them do have real-world applications like Bitcoin, but it’s pretty slow and expensive. And Ethereum’s high gas fees are insane, but ETH 2.0 is intended to solve this issue, but the arrival date is still getting delayed.

And hence XRP is designed from the beginning to be decentralized, incredibly fast, vastly scalable and cost-effective. Moreover, it has an active community with hundreds of projects and therefore for payments, for DeFi, for interoperability, for CBDC’s and stablecoins, XRP will be the best crypto with the best technology in the space.

Is Ripple trying to Settle with SEC?

The ongoing SEC lawsuit against Ripple, however, has impacted terribly on the XRP price. The price experienced the rock bottom levels which were uplifted by the XRP community in a small time frame and currently, the XRP price appears to have strongly heading on the path to recover the losses.

Amid the uncertainty prevailing the Ripple’s clarification as to the Ripple CEO Brad Gardlinghouse who chose to remain mute till now, he has come up with a set of answers bothering the crypto community.

In a series of tweet, Gardlinghouse answered the 5 key questions related to the SEC allegations. He answered to the questions which were specific relating to the settlement with SEC, Delisting of XRP, being silent on the whole issue, investors faith on the asset and finally paying customers to use XRP.

The CEO has answered all aspects in detail and said that the legal process is pretty slow and hence they will be filing an initial response very soon. He also cleared that the investors are buying Ripple stock and not only XRP and hence have real shareholders.

Overall, the Ripple Foundation and the XRP community both hope for an XRP bull run once the SEC regulatory clarity is done.