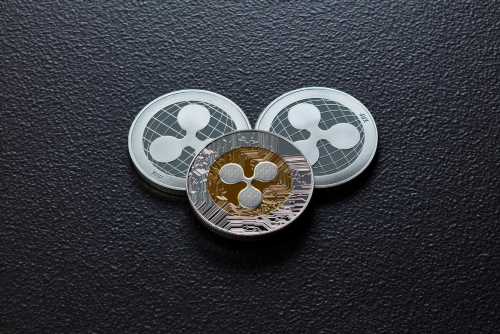 Ripple CEO Brad Garlinghouse tweeted, “Today was a good day.” And he’s right; there’s a lot for XRP investors to be pleased about right now. Chief among which is how yesterday’s court hearing did not go the way the SEC had anticipated.

Today was a good day.

Since December, Ripple Labs has been locked in a battle with the SEC, which accuses the firm of offering an unregistered security in its native XRP token.

During a discovery hearing yesterday, Ripple scored another point in this landmark case, as Judge Sarah Netburn ruled the SEC hand over internal documents about Bitcoin and Ethereum.

Specifically, she ordered the SEC must search for and provide all documents related to XRP, Ether, and Bitcoin discussions wherein any third parties were involved. But informal documents are not discoverable, this would include items such as emails on thought processes.

The SEC argues documents they hold on Bitcoin and Ether have no relevance to this case because they are different from XRP. However, a key component of Ripple’s defense is the lack of due process and fair notice.

This refers to the SEC’s previous announcements that Bitcoin and Ether are not securities. The defense argues it was reasonable for Ripple to assume this was also the case for XRP as well, especially as the firm had no notice otherwise.

Commenting on the ruling, Attorney Jeremy Hogan, listened in on the telephone hearing and offered his opinion on what went down. Based on the events of the hearing, he predicts that if a “smoking gun” document exists, the SEC would be looking to withdraw legal action within the next 30 days.

“If there is a smoking gun type document out there, in the next 30 days is when the SEC will look to get out of this litigation. This also conforms with Gensler getting on board, so if that is going to happen, look for that sometime in mid-May.”

XRP on a Tear

When news of litigation broke in December last year things looked grim for XRP. The uncertainty of the situation triggered an exodus of partners from the Ripple ecosystem.

At its lowest point, XRP was trading at $0.17, having lost 70% from its previous local high. Having bottomed at that point a slow grind upwards ensued as details of the legal case painted the SEC unfavorably.

In perhaps a sign of the strength of Ripple’s defense, things really took off this week as XRP printed two consecutive significant green candles. This was enough to leapfrog Cardano and Polkadot to resume the fourth spot on CoinMarketCap.

The XRP price peaked at $1.10, a level above pre-litigation price and one not seen since February 2018. Although profit-taking today has dipped the price back down to $0.96 at the time of writing, it’s clear that confidence is returning.