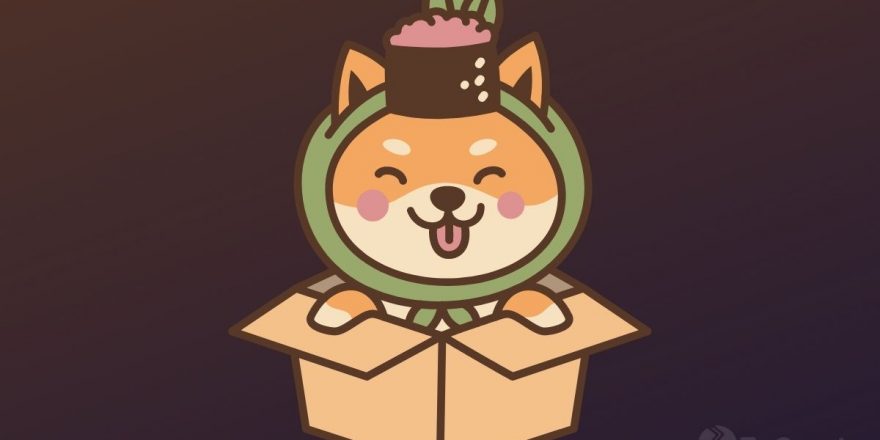 Newegg, a global brand and leading retailer in all things PC hardware, gaming & tech is now accepting Shiba Inu as a payment option. 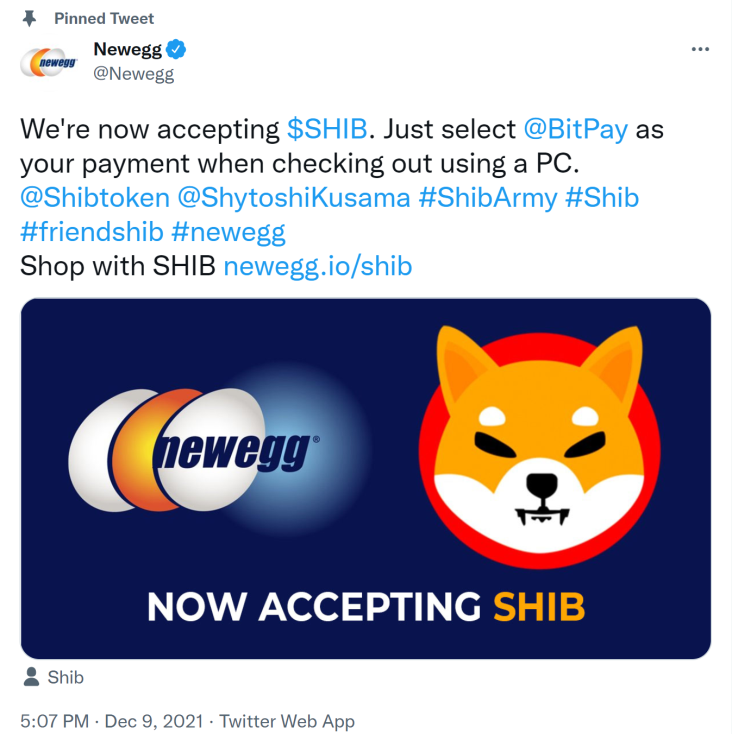 According to the Thursday announcement, shoppers will now be able to purchase their merchandise at any of the outlets store and online using the canine token through Bitpay.

In May, the California-based company had hinted at including SHIB  in its list of payment options eliciting a wind of positive reactions from the tokens supporters. “We’re looking for a new pup, perhaps a Shib Inu,” Newegg had said. The announcement came at a time when the cryptocurrency was hitting headlines after making an insanely profitable bullish run before being listed the next day on its first centralized exchange, Okex.

In 2014, the online retailer became the first major retailer to accept Bitcoin payments using Bitpay with Tony Gallippi, BitPay’s Co-founder and Executive Chairman noting that “Newegg has been the most requested retailer from the bitcoin community and our collaboration will serve this pent-up demand.”

In April this year, the retailer added Dogecoin to its payment options list citing growing undeniable demand, excitement, and momentum around the cryptocurrency. According to Newegg, the surge in Dogecoin value underscored the need to make it easier for customers to make purchases with the meme coin.

Later in July, the company would enlist Litecoin, another peer-to-peer Internet currency that is fast carving out a path for itself as a payment currency in the world of commerce.

“It’s All About Responding To Change”

Newegg has been positioning itself as a strong proponent of cryptocurrencies and makes no bones about it. The company has mastered the art of responding to its customers’ needs including the introduction of various promotional perks for crypto-paying buyers during black Fridays and cyber Mondays.

With the unparalleled surge in SHIB’s price and popularity, the token’s adoption as a payment option by companies has skyrocketed in 2021 thanks to the rising demand by SHIB users.

Although the cryptocurrency industry is still riddled with a myriad of setbacks included unclear regulations and vices such as rug pulls, companies have been piling up to accept meme coin payments in the realization that they need to follow the coffers.