Home » Crypto » Wikimedia Foundation Turns Its Back on Crypto Donations 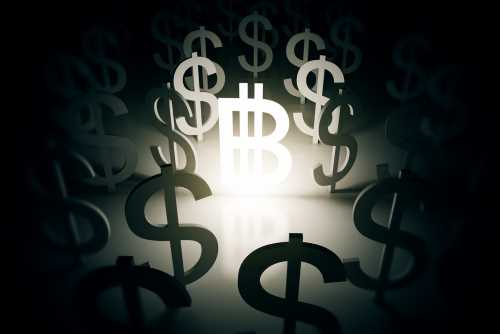 Wikimedia Foundation Turns Its Back on Crypto Donations

The Wikimedia Foundation has voted to stop accepting payments or donations in cryptocurrency, a huge blow to the industry.

Many of the world’s biggest crypto assets were initially designed to serve as payment methods that could potentially push things like checks, credit cards, and fiat currencies to the side. However, this has been a slow journey given how volatility they tend to be. Assets like bitcoin, Ethereum, and many others are known for their unpredictable price swings.

Thus, they can drop at any minute, making them dangerous in many ways for companies and business owners who are rightfully worried about losing profit. Many of them, over the years, have said “no” when it came to accepting crypto payments, preventing the initial goals of the crypto space from being reached.

To be fair, there are several firms out there that have recently begun opening their doors to crypto payments, so it’s unfortunate that one – the Wikimedia Foundation – is ending what has long been considered a revolutionary practice. This will likely set the cryptocurrency arena back a few paces.

Wikimedia executives held a vote not too long ago to decide if crypto donations were something the organization was willing to continue with. Right now, less than one percent of donations come by way of crypto, suggesting that people just haven’t taken advantage of the space’s payment offerings. It was eventually decided that the technology was not sustainable and accepting any more crypto could potentially damage the foundation’s reputation.

Up to this point, Wikimedia had been accepting crypto donations since 2014, but roughly 71 percent of the organization voted to end all crypto payments. One community member said that accepting cryptocurrencies in any way, shape, or form was a dumb decision by the foundation, writing in a thread:

We never should have started accepting them in the first place. Many years later, they represent not even one percent of annual donations. Wikimedia is legitimizing a series of environmentally unfriendly Ponzi schemes by accepting bitcoin and is getting almost nothing back financially in return.

This Is Dividing Community Members

While the attitude was one of negativity and pessimism, others felt that the foundation’s decision to end crypto acceptance was a big mistake. Another member wrote in response to the statement above:

To the contrary, crypto aligns with our values of free software and user freedom.

In the end, Wikimedia felt that saying “no” to crypto payments was necessary given the allegedly weakened state of Earth’s climate. Several arguments surrounding the dangers crypto potentially poses to the atmosphere have been permeating the industry for several years. These arguments have even garnered support from the likes of Elon Musk of Tesla and SpaceX fame and Kevin O’Leary from “Shark Tank.”